This tip is a synopsis of the VS Live Conference held in Orlando FL in November 2017 written by Michael Knell who was the winner of the conference registration and $2500 USD of travel expenses.

First of all I would like to thank Edgewood Solutions, MSSQLTips, Greg and Jeremy for giving me an opportunity to attend this year’s SQL Server Live360 Event in Orlando, FL.

I have been working in IT for 23 years and am an alumni of a previous Live360 event in Las Vegas almost five years ago.  I’m also quite lucky to live in Nashville, TN where we have had some very good conferences of our own to choose from over the years.  Conferences such as DevLink, Music City Code, and Nodevember not to mention a local SQL Saturday event every year.  These conferences have been able to bring in some of the speakers that appear in the Live360 event and have provided me with a good resource for continual learning.  However, they just cannot compete with a five day Live360 Event.  The depth of the tracks, the networking chances, and the access to industry leaders such as Pinal Dave, John Papa, Rocky Lhotka, Debra Kurata, Leonard Lobel, Mark Minasi, Buck Hodges, etc. cannot be matched.  And did I mention the food?  I suspect I put on close to 10 pounds over the course of the week despite all of the walking that I did.

Orlando is just one of several cities that Live360 showcases for their conference offering, but is a perfect location to attend a technology conference during the Fall.  It needs little introduction for all of the theme park attractions that it provides to supplement the experience of the conference.  I spoke with many attendees that were able to bring their families with them to enjoy everything that Orlando has to offer.  The conference lodging was spread between Loew’s Royal Pacific and the Sapphire properties.  The resort provides water taxis that run every 15 minutes to Universal CityWalk or you can take a foot path that takes a leisurely seven minutes to traverse.  You just couldn’t have asked for better weather for the event with day time highs in the upper 70s to lower 80s and lows in the mid to upper 60s. 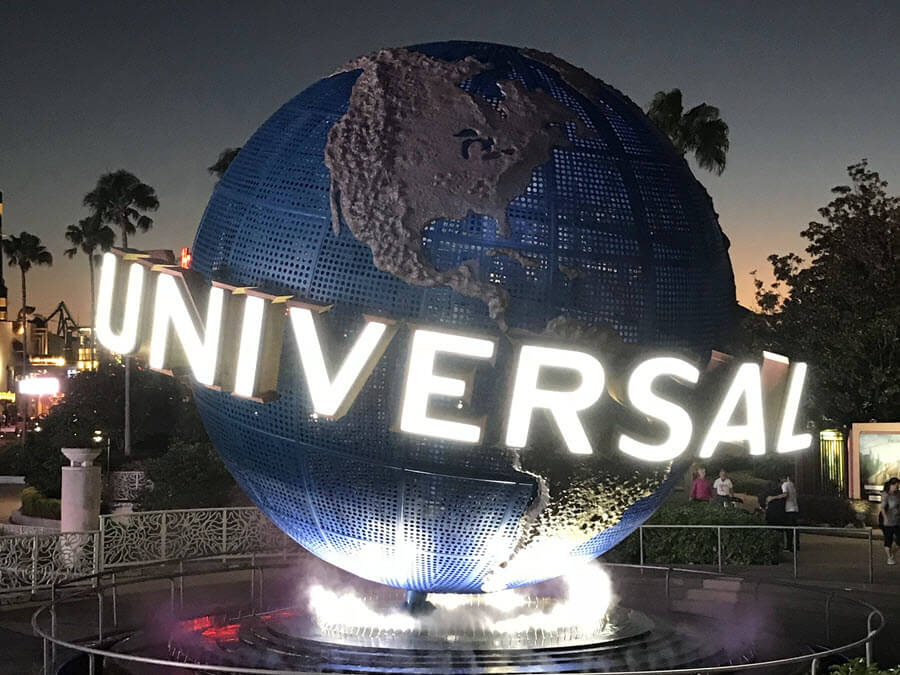 The event was held in the Conference Center at the Royal Pacific Resort.  It consisted of five separate conferences:

Each conference had its sessions broken up into tracks to assist the attendee in making session decisions.  All conference sessions were available to the attendee.  As is the case with many of the conferences that I have attended over the years, I had to pick between several attractive topics for each time slot.

The keynote speaker on Tuesday was Buck Hodges, Director of Engineering for Visual Studio Team Services at Microsoft.  He shared the team’s lessons learned in a presentation focused on DevOps at Microsoft at Scale.  Each conference had a couple of Live! Panel discussions throughout the week.  My star struck moments of the conference were being able to spend a whole day learning from Pinal Dave (“The Secret Toolbox for Performance Tuning and Optimizing Queries”) and John Papa (“Angular Fundamentals”).  Many of the sessions that I was able to attend throughout the week fit well into a large project that I will be involved with at the start of the new year, and the ability to talk directly with industry leaders helped clarify several issues that my team and I were having with one of our data projects. 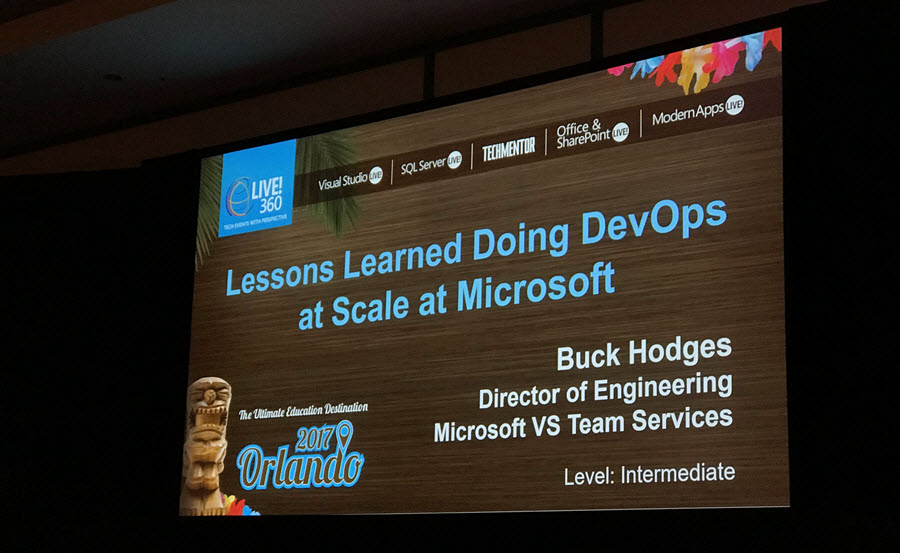 As with many of the larger conferences, there was ample opportunity to meet with the 12 primary sponsors (Magenic, Google Cloud, SparkPost, Okta, JetBrains, GrapeCity, PolicyPak, Veeam, Ranorex, ActivePDF, SolarWinds, and Microsoft) of the event culminating in a raffle on Wednesday.  There was a Birds-of-a-Feather luncheon that provided attendees an opportunity to eat with a speaker of their choosing to discuss topics of interest.  After hours events included a Dine-a-Round networking dinner at Jimmy Buffett’s Margaritaville at Universal CityWalk and a Dessert Luau at the Royal Pacific Resort that included dancers and fire throwers. 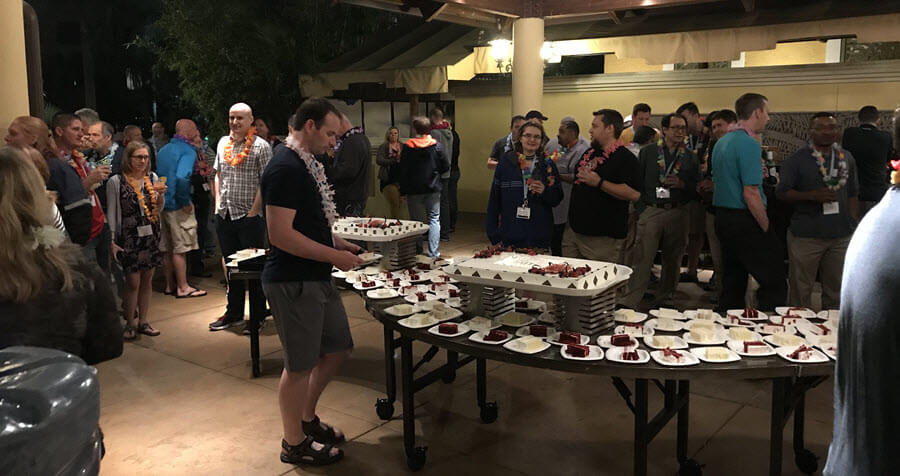 In closing and to reiterate, nothing can compare to a Live360 Event.  Anyone who is interested in advancing their career and craft should actively be working with their employer to justify the training and travel expenses in their annual reviews and training plans for the upcoming year.