You are a database administrator and have hundreds of SQL Server instances.  One common administration task is to update statistics for your database objects for query optimization, if you have a lot of instances with large tables to work with this can be a time consuming task.  Also, if you are handed new instances, you don’t know the status of the indexes and statistics, so you may want to update them for all tables on all databases with a single script, this is especially important when restoring databases or performing migrations to have up to date statistics to avoid performance issues.

If we execute the query, we will have output like this: 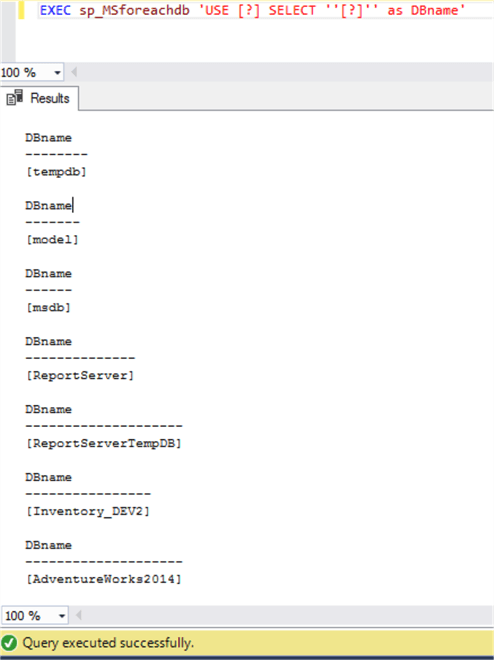 The second part of the solution is to create a Transact-SQL query to update all statistics for a given database. This is achieved with the use of procedure sp_updatestats. This runs the UPDATE STATISTICS command against all user defined tables in the current database.

The basic usage is:

Now if we combine these 2 procedures, we can create a script that will update statistics on all tables for all databases on a SQL Server instance.

If we execute it, the output will be something like this in SQL Server Management Studio: 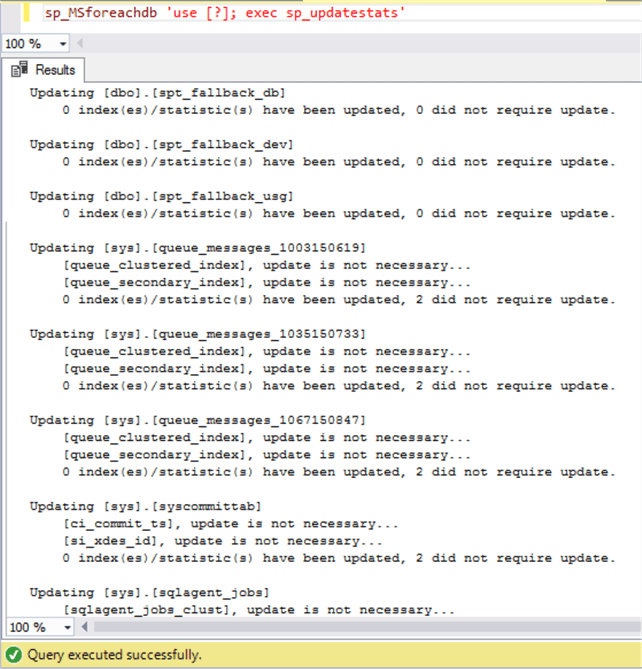 If you want to execute the above script and exclude system databases, some additional code must be put in place. We know that system databases are identified by database ID 1 to 4, as you can see with this simple select query:

If we execute it, we can see the database id’s belonging to the system databases in SQL Server Management Studio:: 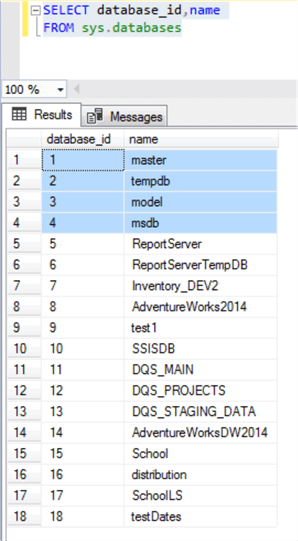 All we need to do is to modify our script to filter those database IDs from the execution. To have cleaner code, I separated the T-SQL for updating the statistics into a parameter, like this:

If you execute the query, this will only update databases that have a DB_ID > 4.

There can be some cases where you want to exclude specific databases from the update, and you can do it by adding just a few lines of code to the script.

We can filter the databases using an IN operator in the IF statement, as follows:

As you can see, we use a NOT IN operator to indicate what databases we want to exclude. For this example, we included some of the other system databases that are used for other SQL Server components. We have also included a print statement to show what database are being updated for each iteration.

This is a sample result of the query execution: 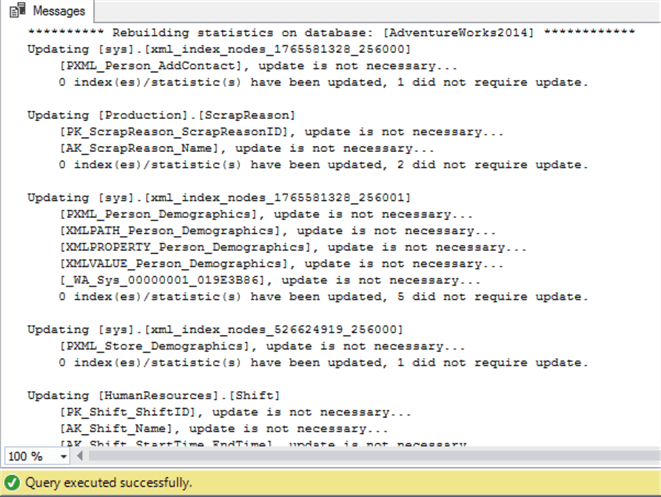 According to Microsoft documentation, as we commented earlier, this function executes UPDATE STATISTICS against all user defined and internal tables on a database.

Usage of this parameter is:

The permissions required to execute sp_updatestats are sysadmin or being a database owner.

The method described above is best suited when you receive the server the first time, running the script frequently can be unnecessary and will only cause high resource consumption.  Although you will notice that statistics will not be updated if not required, if you look at the image above you can see the where it says "did not require update".

Also, please have in mind that updating statistics can cause related queries to recompile.

With AUTO_UPDATE_STATISTICS enabled, statistics are updated automatically by the database engine when row count changes for a column reach a threshold, you can read more about this threshold in the official documentation by Microsoft.

Also Microsoft provides an Adaptive Index and statistics maintenance solution, that can be found here: https://github.com/Microsoft/tigertoolbox/tree/master/AdaptiveIndexDefrag.

Why is it important to update statistics?

Statistics are used by the Query Optimizer to create execution plans based on statistical distribution of required values, the information is stored in BLOBs (binary large objects).  Value cardinality or a histogram is used to determine the number of rows to return, and execution plans are built with this information. Density is the number of duplicated values a column can have, this is used to calculate selectivity and enhance cardinality / histogram estimates. For unique values, the density is 1. High density variations on a given column can lead to parameter sniffing issues. Also, outdated or non-existent statistics can lead to poor performing queries or sub-optimal query plans.

Move SQL Server Maintenance Plan from One Server to Another

Eduardo Pivaral is an MCSA, SQL Server Database Administrator and Developer with over 15 years experience working in large environments.