Given that SQL Server Analysis Services (SSAS) is installed and configured, security is fine-tuned, logging is active, and users have been provisioned with the deployed databases, the next logical task in an administrator's task list would be backups and restores of databases. In this chapter we are going to discuss how to complete SQL Server Analysis Services database backups and restores.

Creating a backup is relatively a simple process in SSAS, much like we backup relational databases in SQL Server in SSMS. Right-click on the SSAS database in the object explorer window of SSMS, and select Back Up. This should bring up a window as shown in the below screenshot. Provide the backup file name, and select the options for compression as well as encryption. Provide a strong password if you are selecting the option to encrypt the backup file. Press OK and the backup file should get created with an *.abf file extension in the selected backup directory. 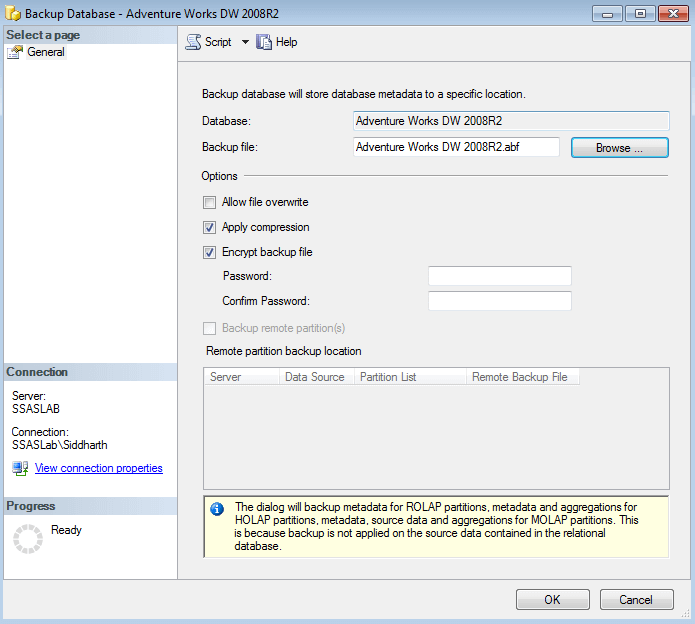 Once the backup has been created, you should be able to see the same file in the backup directory. 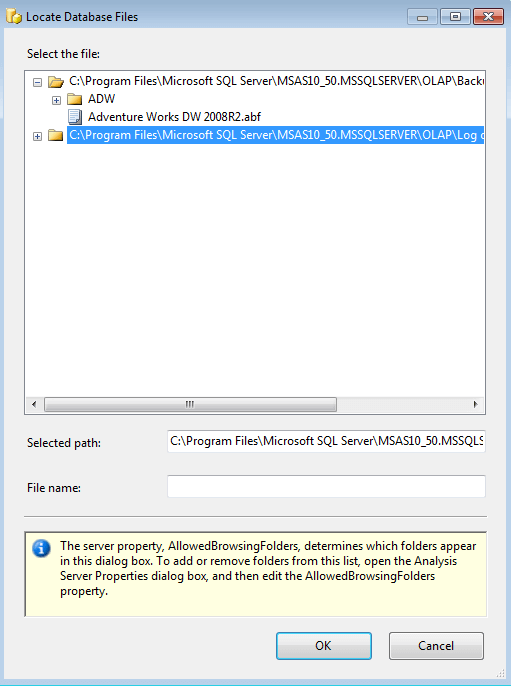 To restore the SSAS database, right-click on the SSAS database in Object Explorer window of SSMS, and select Restore. This should bring up the dialog as seen in the below screenshot. Select the relevant options for the file being restored and once done click the OK button, and you should have the backed-up database restored on the target server. 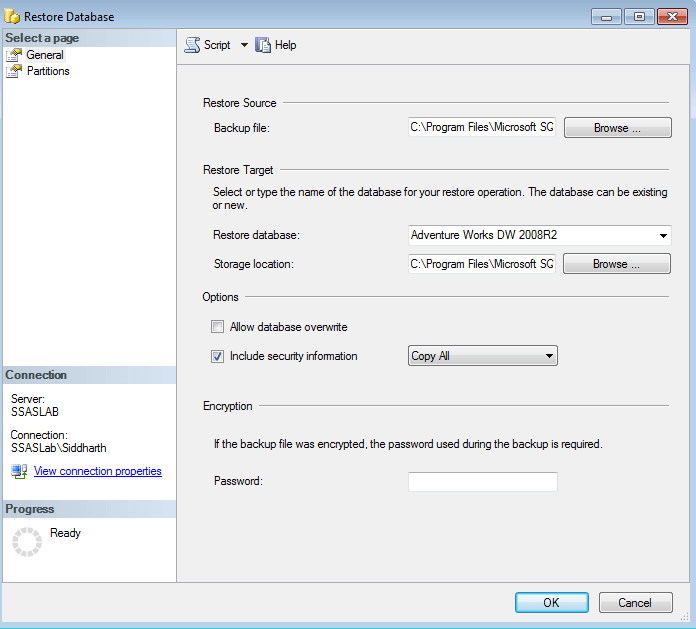