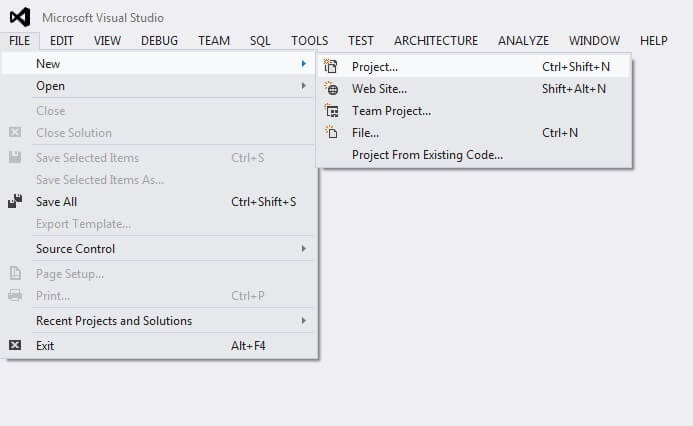 You will be presented with the following New Project screen. The Name and Solution name will contain default values in them. You can change these as you see fit. Navigate down to Templates->Other Languages->SQL Server. In this tutorial, we'll be targeting SQL Server 2014 so we choose SQL Server Database Project as our project type. We're going to create a new project named FutBol and create a new solution called FutBol to house it. You can also choose, if you wish, the root Location on the server where you'd like to create files for the solution and project. After choosing the project type and entering the project and solution names, we click OK 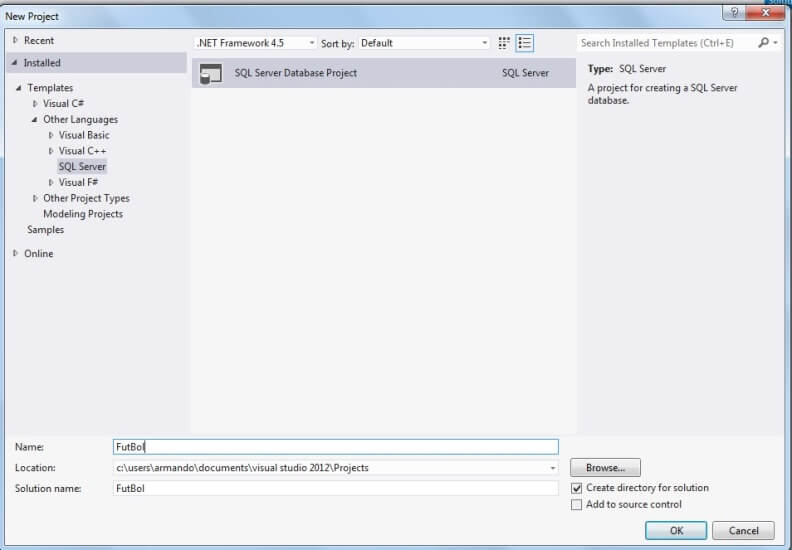 Now that the solution and it's project has been built, The right hand side of the application should display a couple of new panes. The first will be the Solution Explorer where you can see the various support files that the project will use in building/upgrading a database. The second will be a Properties pane. 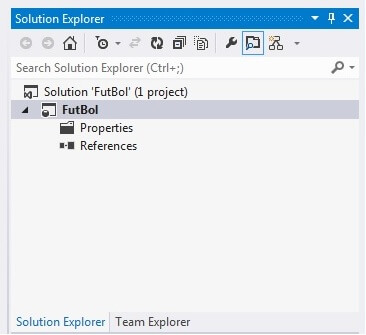 Clicking on the Properties folder within the Solution Explorer, there are several options for controlling Build and Publish behaviors. These editable options can control the behavior and final output of your database.