Once the data is ready in MDS, the last step in the process is publishing the data. In this chapter we will look at publishing data as well as the approach of accessing data as a subscriber.

The process of publishing data in MDS can be understood in a series of steps as mentioned below:

The steps mentioned above are the first part of the publishing process, where the data is finalized and frozen for any changes, and a version flag is associated for the committed version of the data. You can learn about the step by step process from this tip. 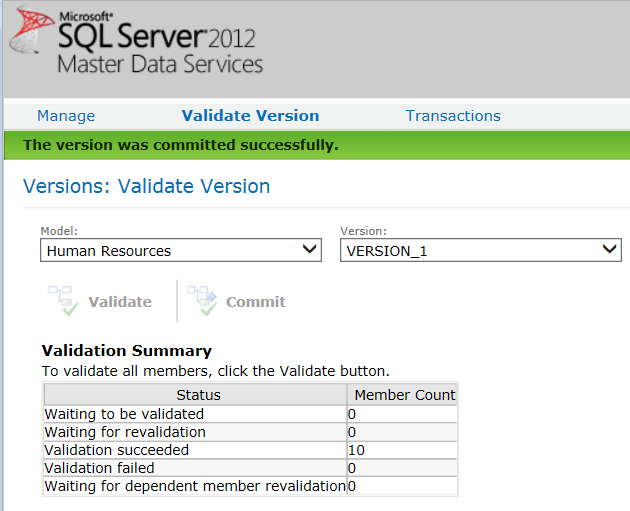 Follow this tip to learn about creating subscription views to publish data. The database view that gets created includes the version information as well as actual data that can be used by the subscribers to detect and reference the intended version of the data.

After the data is published, the subscribers of the datasets should be updated and version flags should be used to reference data from the MDS. To make consecutive changes to the model, generally the committed model is copied and given a new version number and is opened up to data stewards for making changes. In this way the data flow life cycle continues in a recurring manner within MDS.

MDS is an elaborate subject. We covered some of the major areas of the MDS practice. In the next chapter we will look at some of the MDS and/or MDM best practices before finishing this tutorial.