Overview
The JOIN syntax in SQL Server is used to build a single result set from more than 1 table.  At the most basic level, two tables are joined based on a common set of columns between the tables.  Joins can be coded in a few different manners, but in this example we will use INNER JOIN logic to return matching rows from both tables.  The tables included in the JOIN logic are specified in the FROM clause.  An ON statement is used to indicate the matching columns.  Let's dig in.

As you can see in the example below, aliasing is valuable because it makes the code compact and saves on a great deal of typing for each column specified in the SELECT, FROM, JOIN, WHERE and ORDER BY logic.

Below is the sample result set: 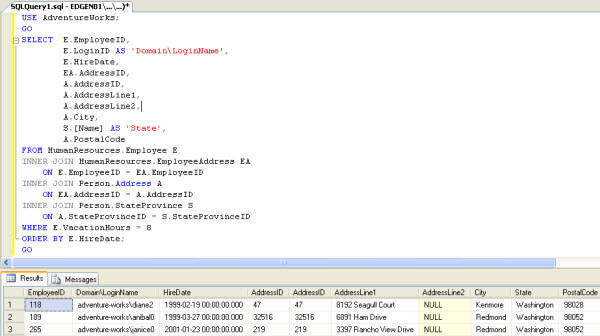