There are two types of Graphical Execution Plans: estimated and actual.

The Actual Query Plans are created after we sent the query for processing and it contains the steps that were performed.

Usually the Estimated and the Actual Plans have similar graphical representation, but they can differ in cases where the statistics are outdated or the query involves parallelism, etc...  Additionally you cannot create Estimated Plans for queries that create objects and work with them (i.e. a query using a temp table).

It is better to use the Estimated Execution Plan when the query execution time is very long or it may be difficult to restore the database to the original state after the query run.

Both of these options are also accessible from the Query menu in SSMS as shown below. 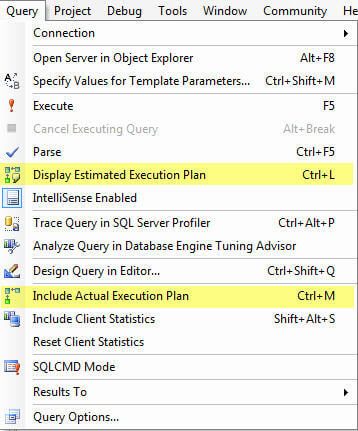