This chapter of the triggers tutorial will give an example on how to build a trigger that fires on every type of DML statement: insert, update and delete.

One of the most used scenarios for triggers is to maintain a log of changes in a given table. In such case, there is no point on having three different triggers, each one firing on INSERT, UPDATE and DELETE operations. Fortunately we have the chance to use one single trigger for all of those operations. The only drawback is that you have to add logic to know what event fired the trigger. With a bit of ingenuity and using the INSERTED and DELETED pseudo tables we can know the type of operation that fired the trigger by comparing the number of rows of each pseudo table.

Let's create a table to use in this example.

Now on the code section below you will see a simple trigger that has the logic to determine which statement was responsible for firing the trigger and prints the statement type.

To test the trigger we can use the code below.

As you can see on the screen capture below the trigger worked as expected. 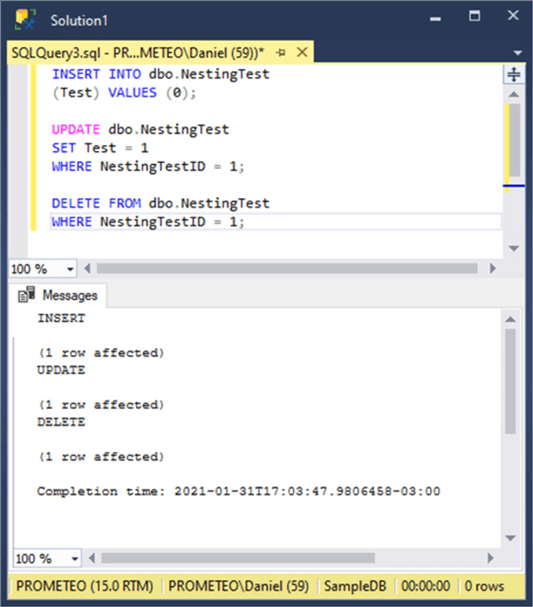