One of the advantages of using SSIS is the ability to dynamically create tasks that can take different elements and manipulate them in code instead of having to hard code the package to do only one task. In a previous tip we looked at how to use expressions to dynamically build an output file: "Dynamic Flat File Connections in SQL Server Integration Services".  In this tip, we will show you another way to do this using the script task.

Basically what we will be doing is generating an output file name using a package variable, representing the location and name of an output file and using the Script Task to dynamically build the output filename.

Using this method, modifying variable information is not just restricted to output file information. You can use this method to generate input file locations, complex queries that can be used in your Execute SQL tasks, data for inserts, etc.  The Script Task is a powerful component that can offer developers capabilities not covered in other Control Flow items.

In this solution we will address the simplest case of using a Script Task to dynamically modify a variable that is assigned to an output flat file connection so that the file is saved with a name and location of our choosing. 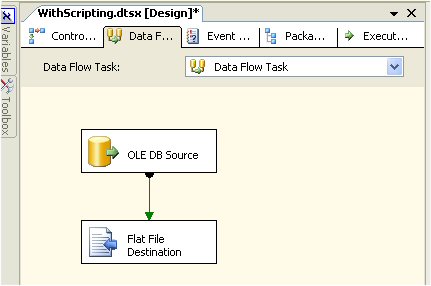 Move back to the Control Tab and right click on any area, but not on an object and select Variables. (We do this to make sure that our variables, which we will design in the next step, are scoped to the entire package.)  Another way to do this is from the menus by selecting View | Other Windows | Variables.

Now add the following variables (within scope of the entire package).

Note: Our package is called "WithScripting", so here is an example of our variables after they have been setup. 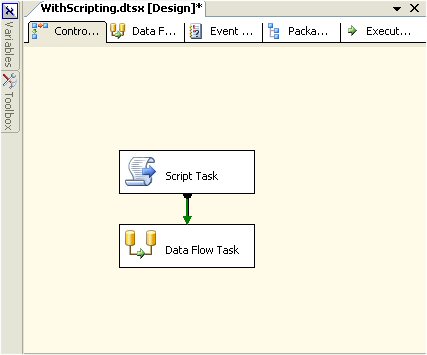 Open the Script Task Editor. We will use the defaults for this item, but we need to add the following to the Script tab.By setting our variables in this property window, we make them available to the Script environment. If this step is not done the package variables can not be used with the script task.  Note: the variable names have to match the exact same names that were used, the variables are case sensitive.

Here is an example of our script variables setup. 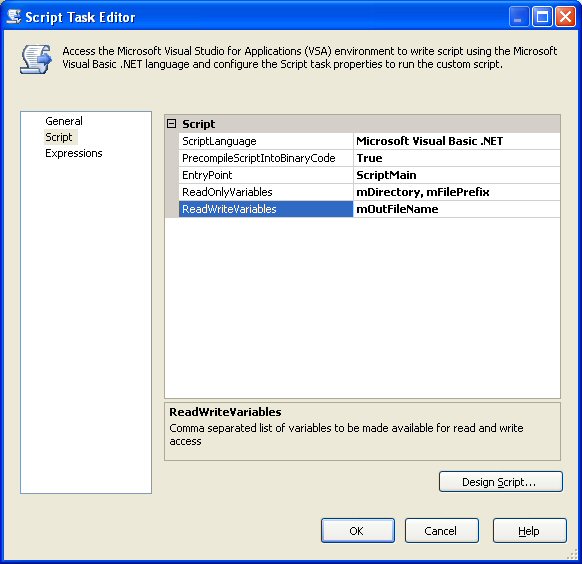 Next select the "Design Script..." button. This opens the Visual Studio for Applications (VSA) design environment. By default, you will have a ScriptMain class with a single method, Main.

Replace the Main method with the following text:

Here is a snippet of what our script looks like after pasting the above code. 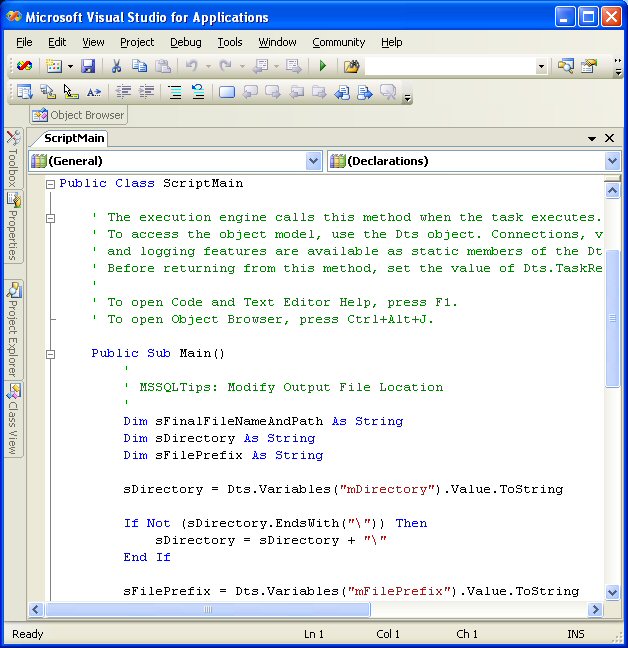 Finally the SSIS variable, mOutFileName, is set to the full file path. Remember that we set this variable as read-write in the Script task. At the end, the script closes by setting the DTS.TaskResult value to success. The setting of this value is required for proper operation of the script (the value could also be set to failure).

Now you can close the VSA environment. 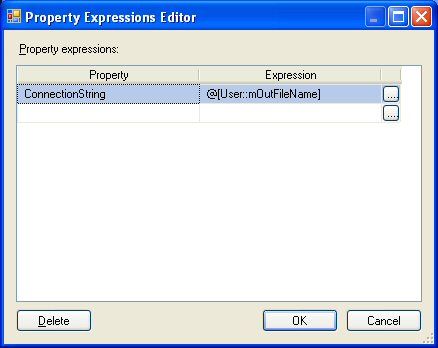 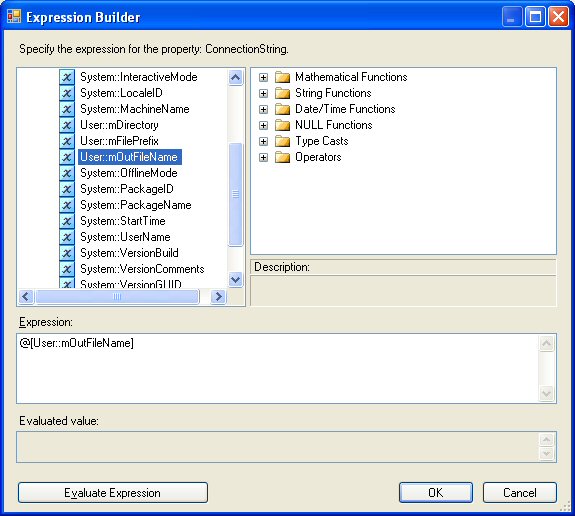 That is it. Now you have dynamically modified your filename by adding the month and year to the end of it. And you are saving it in the location of your choosing as defined by the mDirectory variable.

Hal Hayes is a managing Consultant at Excella Consulting.