Attaching and restoring databases from one server instance to another are common tasks executed by a DBA. After attaching or restoring of a database, previously created and configured logins in that database do not provide access. The most common symptoms of this problem are that the application may face login failed errors or you may get a message like the user already exists in the current database when you try to add the login to the database. This is a common scenario when performing an attach or a restore, so how do you resolve this?

Without proper understanding and appropriate planning you may face this problem. You could delete and recreate the user, but you will loose all of the configured permissions. So a proper linking mechanism is required, so that permissions are retained.

Some more possible error messages that you may see include 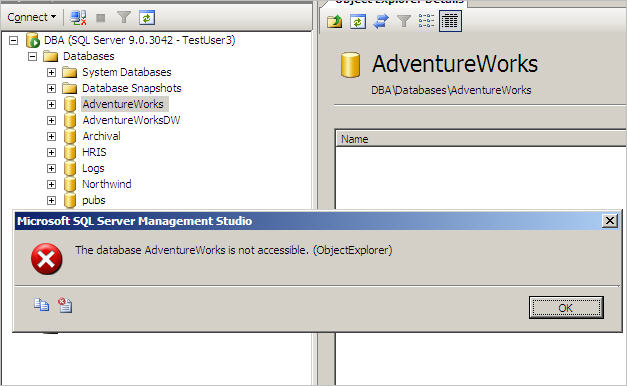 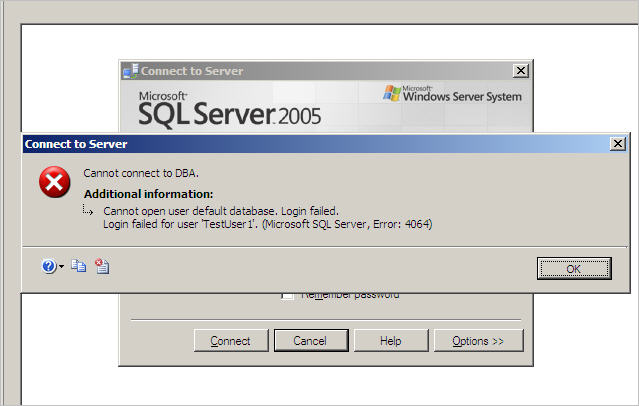 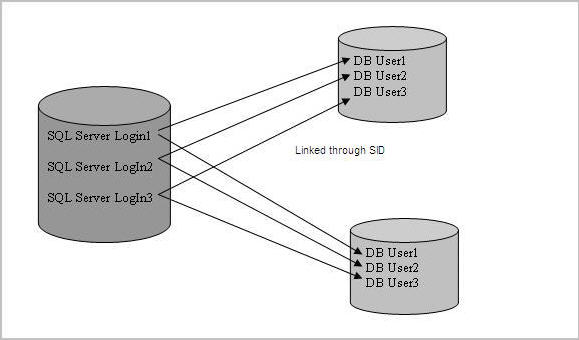 So we can say that every time we create a SQL Server login, it will be seen in the sys.server_principals system catalog view or sys.syslogins views on SQL Server 2005 or in the sysxlogins table for SQL Server 2000. The entries in the sysusers table of a database are linked to SQL Server logins shown in the above picture. This link is created through a column named SID.

If we move our database to another SQL Server instance through any process, the new server might or might not have the same logins and the SIDs of these logins would probably be different from the SIDs of these logins in the original server. What this means is that, the sysusers table in the moved database has SIDs that are not matched with the login info in the master database on this new server. Therefore we get orphaned users.

As an example, I have created and configured four users with permissions in the AdventureWorks database. The users are TestUser1, TestUser2, TestUser3 and TestUser4. When I restored the backup of this database onto another SQL Server 2005 instance, although the users were present in the AdventureWorks database and the logins existed on the new server, but none of these logins had access to the newly restored database.

The result below shows the SID of the SQL Server login and that of the user database id differ and this is what causes the problem. 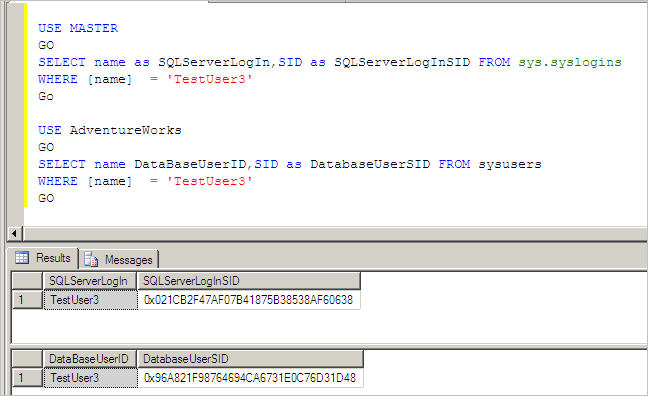 Now that we have a better understanding of the problem, it is time to get to some useful commands for analysis and a solution.

I have restored the AdventureWorks database from one instance to another with the four above users. Now to analyze how many orphaned users there are in my restored database, I will run the following T-SQL command which produces a listing of all the orphaned users and in our case all four users are orphaned.

Or if you are sure that SQL Server login name is the same as the orphaned user of database being mapped, then you may use a shorter command such as this for TestUser2..

Both commands will map the users to the logins and they will be not orphaned any longer.

If a login name does not exists, you would have to create it first before doing the mapping. A quick way to do this is to use the following command which will create the login and then map the login to the user.

In the above process, the stored procedure sp_change_users_login is used. The variable [ @Action ] specifies the exact use of this stored procedure. It accepts a parameter as varchar(10) and can have one of the following values: