When you connect to Integration Services using SQL Server Management Studio (SSMS) and expand the Stored Packages node, you will see the following: 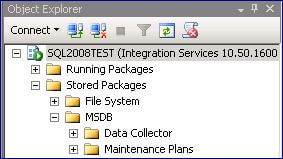 The answer to our problem lies in the MsDtsSrvr.ini.xml file which is stored in the folder %Program Files%\Microsoft SQL Server\100\DTS\Binn for SQL Server 2008. The contents on the file are shown below: 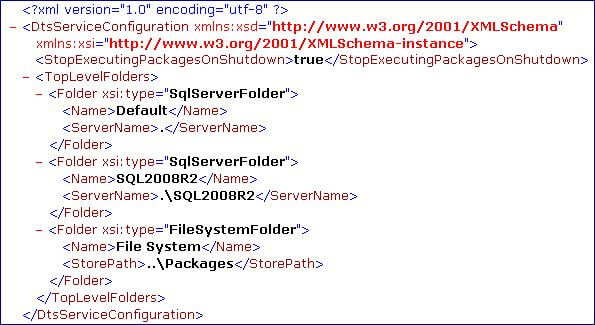 I also changed the Name node from MSDB to Default and SQL2008R2 so I can easily identify the database instance of the MSDB database. Without changing the Name node both would be MSDB.

After restarting the Integration Services service and refreshing the SSMS Object Explorer, you can now see both MSDB instances (the SamplePackage deployed to the MSDB database in the default SQL Server instance is now shown): 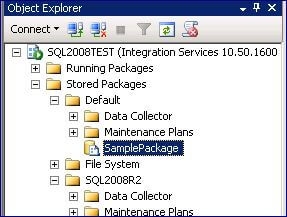 You can use SSMS to import an SSIS package from SQL Server, the file system or the package store. To import the SamplePackage from the MSDB database in the default instance of SQL Server to the SQL2008R2 instance, right click on SQL2008R2 in the Object Explorer and select Import Package; fill in the dialog as shown below: 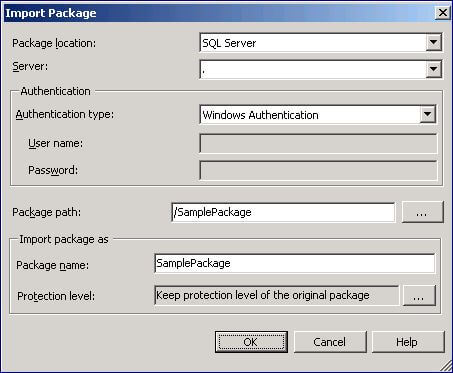 You will now see the SamplePackage deployed to the MSDB database of the SQL2008R2 instance of SQL Server as shown below: 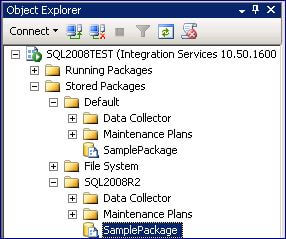 You may find that the command line utility DTUTIL.EXE is a more efficient way of copying or moving your SSIS packages. Take a look at our earlier tip Import, Export, Copy and Delete SQL Server Integration Services Packages SSIS for some examples of using DTUTIL.EXE.

There are several ways to execute an SSIS package:

Keep in mind that when you are executing packages deployed to SQL Server, you are going to have to specify the server where the package is deployed. For example if you are using DTEXECUI.EXE you specify the Server then you can click on the button next to the package name to select the package to run from the list of deployed packages on that server as shown below: 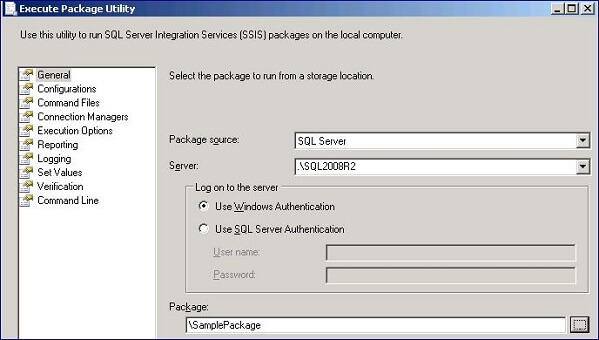