The cube structure for all 3 of the cubes in this tip is shown below. There was one measure group containing three measures with each measure having four dimensions. The only difference among the three cubes was their storage mode. 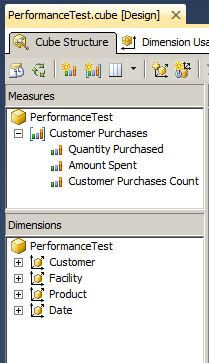 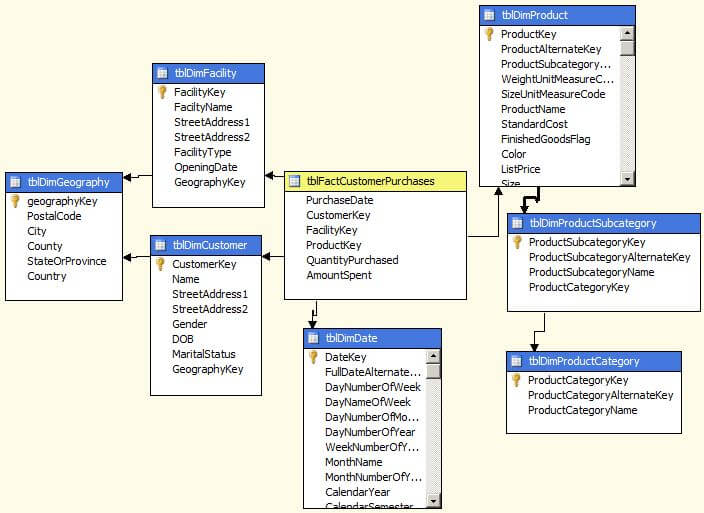 For the MOLAP cube, the storage settings were set to the standard MOLAP where the processing has to be scheduled or performed manually as shown below. 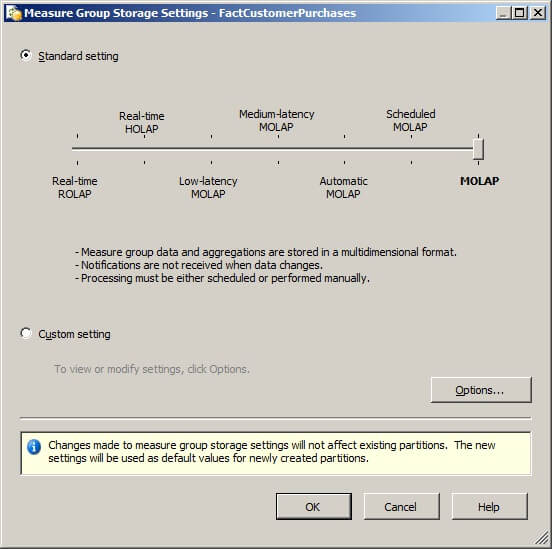 For the HOLAP cube, the storage settings were set to Real-time HOLAP. 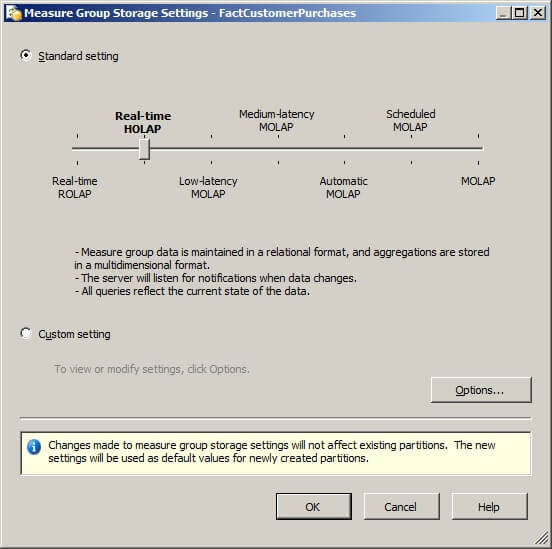 For the ROLAP cube, the storage settings were set to Real-time ROLAP. 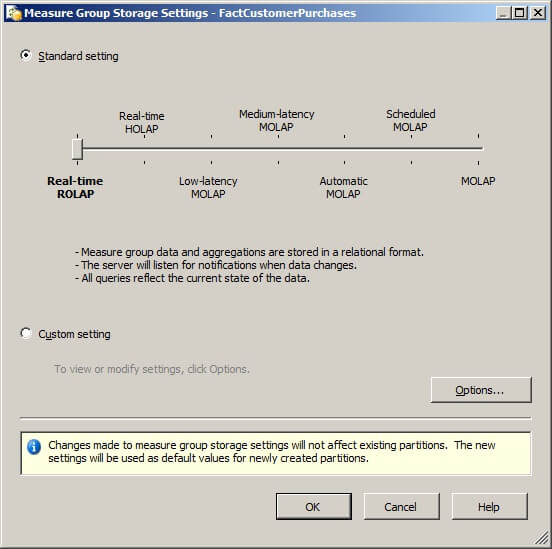 The populations of the dimensions and fact table remained consistent throughout the performance tests and are shown here.

MDX queries similar to the query shown below using two and four cross joins were executed and the elapsed time shown in the bottom right of the SQL Server Management Studio was recorded. Small changes were made to each query before execution so the cache was not reused.

The results of the average MDX query execution times are shown below in tabular and graphical form. As shown in the literature, the MOLAP query runs considerably faster than the HOLAP and ROLAP queries. 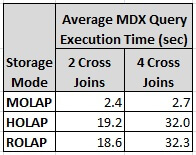 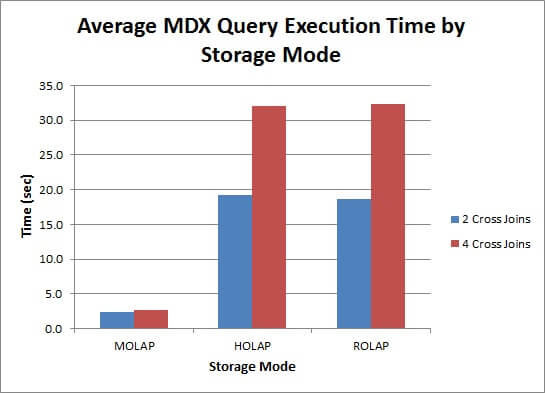 Dr. Dallas Snider is an Assistant Professor in the Computer Science Department at the University of West Florida and has 18+ years of SQL experience.