Recently in one of our HR projects we implemented the contained SQL Server database concept. We implemented the policy that going forward we will create Contained SQL Server Users without logins in contained databases which will ease the process of migrating the databases across data centers without worrying about the login scripts. For this project we created two partial contained databases called EmpProfile and EmpCompensation with users ProfileUser (in EmpProfile) and HRinfoUser (in EmpCompensation). Both the users were created using "SQL USER WITH PASSWORD" and were granted read, write and execute privileges. This was sufficient for the HR application to work.

Everything was working fine until the CS Application Team was asked by the HR Management Team to generate ad-hoc reports using both of the HR databases which will provide a combined view of the different databases to management. So the CS Application Team raised a request to the DBA Team to create a new user called CSappsTeam with read and write privileges into both the databases for their team so that they can easily access the objects of both databases and generate the reports. This was a challenge for DBA team as the contained database users cannot read data beyond the database in which they are created.

Hence to resolve the above mentioned privileges issue we used the following steps as a solution.

First we created the databases using the following code

Let's query to see if users are created as Contained users or server level users:

Now let's open a new query window in SQL Server Management Studio (SSMS) and login using the ProfileUser user in the EmpProfile database then query the myEMP table to check if the user has access to the data. 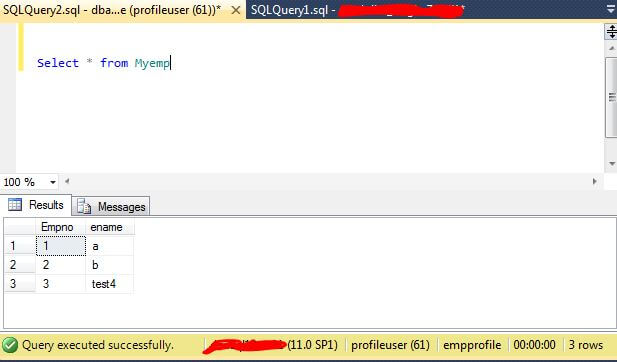 Now let's reconnect in SQL Server Management Studio using the CSappsTeam login in the EmpProfile database and query the myEMP table to check if the user has access to the data. 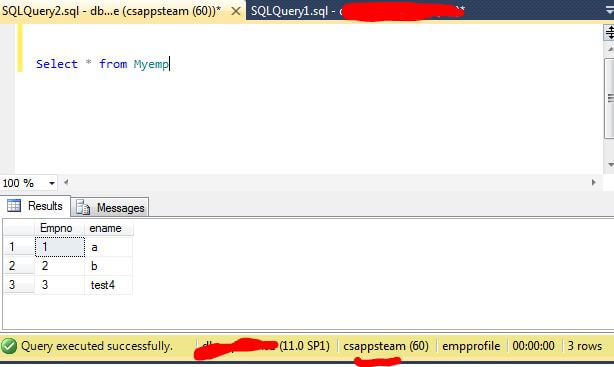 Now repeat the same steps in SSMS for the HRInfoUser user, to query the MySalary table in the EmpCompensation database.

Now let's reconnect to SSMS using the CSappsTeam user in the EmpCompensation database and query the MySalary table to check if the user has access.

Now let's try to access table MyEmp from across databases from the EmpProfile database using the CSappsTeam user and see if we receive an error.

Now the CSappsTeam user from the EmpCompensation database will be able to access data from other databases, but not vice versa because other databases are not set to trustworthy.

Let's login to SSMS using the CSappsTeam user to the EmpCompensation database then try to access data from the EmpProfile database.

Now in this final step, let's see if the CSappsTeam user can also update data in the EmpProfile database. 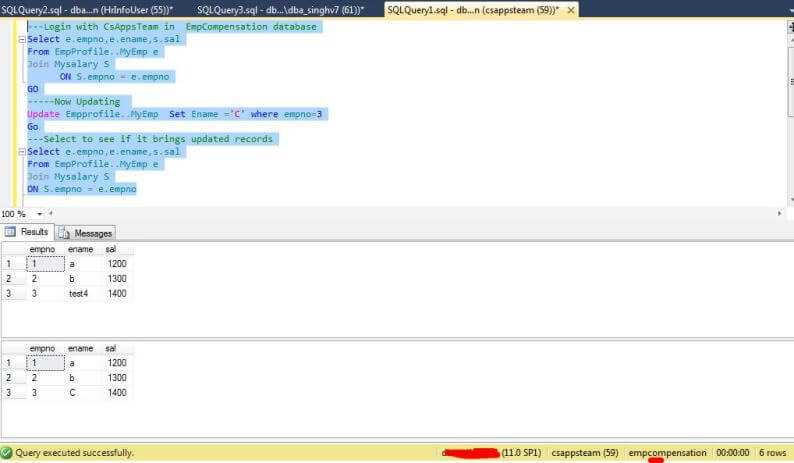 In order to achieve your goal, you need to do the following:

You can set the trustworthy option on all databases if you want to remove the dependency of accessing data from only one database to another. Note: When you access the data from other databases while running the code from the Trustworthy database; the trusted user uses the privileges of the user (same named user) in the other database rather than privileges of users in the trusted database. Do not directly implement the solution in your production SQL Server environment without weighing the pros and cons as this may expose unneeded security risks.  These security risks will be covered in one of my future tips.  I encourage you to consider revisiting your security plan to determine the appropriate solution.

How to Audit for SQL Server Users in Contained Databases

Varinder Singh is a SQL Server production DBA in the Boston area with 20+ years of database, SSIS, SSAS and SSRS administration experience.