The model deployment wizard in the SQL Server Master Data Services (MDS) web application only allows for the creation of a deployment package which contains model objects only. This tip describes the steps to copy both the MDS model objects and data.

To copy the MDS model objects and data, you need to use MDSModelDeploy.exe which is a command line tool located on the MDS server. The migration process requires the MDS administrator to have full access to the MDS source and destination server.

The MDSModelDeploy tool is available in the folders below:

The syntax to be executed on the MDS source server to create a deployment package which contains the model objects and data is as follows:

All model objects that are included in a package are: Entities, Attributes, Attribute Groups, Hierarchies, Collections, Business Rules, Version Flags and Subscription Views.

The syntax to be executed on the MDS destination server to import the deployment package which contains the model objects and data is as follows:

File attributes, and user and group permissions are not included in a deployment package and this needs to be updated manually after a model is deployed.

Let's say we have MDS on SQL Server 2012 installed and configured for the purpose of this tip. A model "MDS Test with Data" is created and contains two entities – Department and Employees. 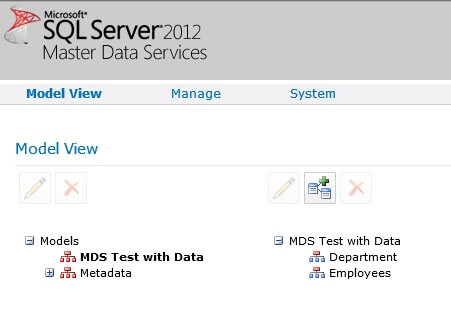 The Department entity and Employees entity are populated with sample data. Note, multiple versions of master data can be created within a model, but in this tip we only have one version which is VERSION_1. 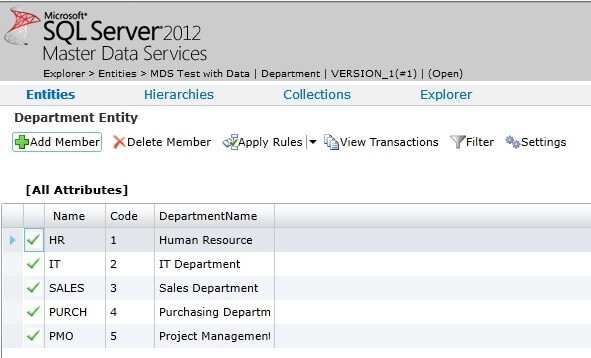 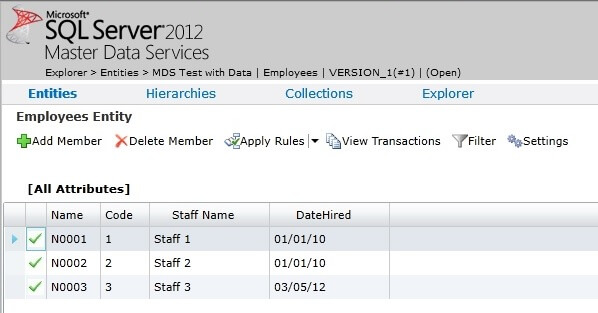 Extract Model objects and data into a deployment package

Log in to the source MDS server, launch a command prompt with administrator privileges and execute the below command in the appropriate MDSModelDeploy folder to get the MDS service name.

There are 3 input parameters required to generate a deployment package:

The command to generate the deployment package for this tip is shown below:

It is advisable to type the command because sometimes copy and paste generates an error message like the one below which could mean an incomplete command or issue due to hidden special characters.

Deployment to MDS in SQL Server 2016

On MDS in SQL Server 2016, Explorer and Integration is grayed out when no Model exists. 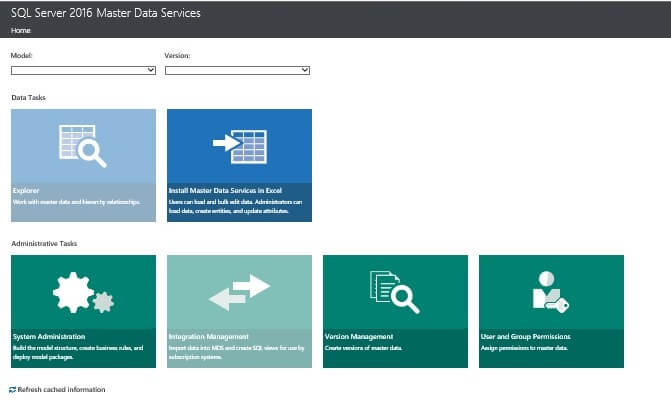 Next login to the destination MDS server, launch a command prompt with administrator privileges and execute the command below to determine the name of the MDS service to create the package:

From the above screen shot, we can see the MDS Server is MDS1.

The command below will deploy the package "MDS Migrate.pkg" which contains the MDS model and data to the destination MDS server.

After running the above command, the browser needs to be refreshed to view the deployed model in the MDS web application. 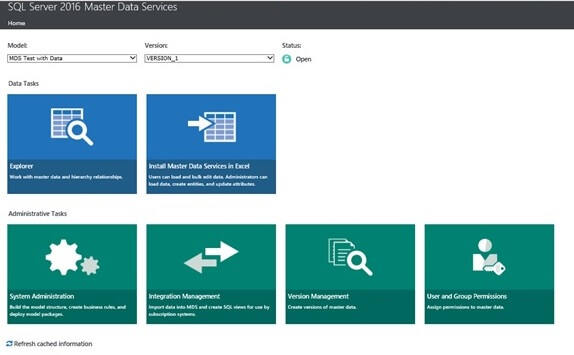 The deployed model can be managed from System Administration. 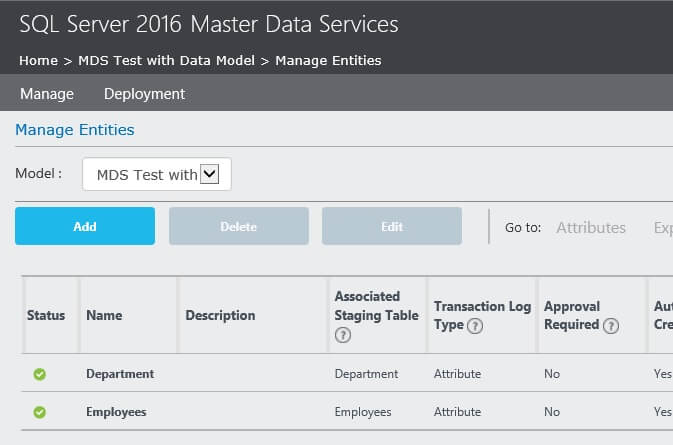 The data in the Department and Employees entity will be populated. 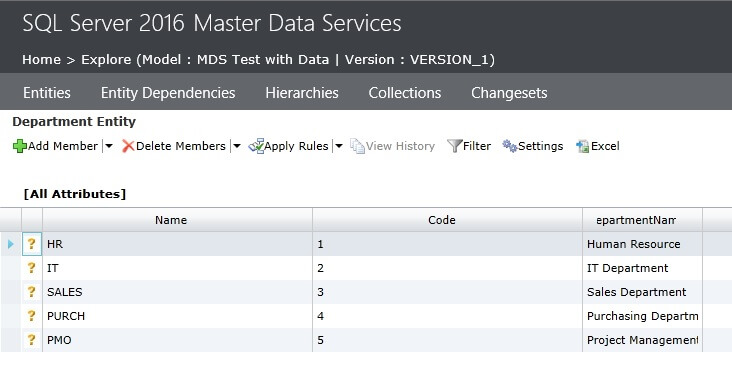 The model deployment feature, as the name suggests, is not only useful for creating a new model, creating a clone of a model, or updating an existing model and data, but also to move the MDS environment to the same or higher version.