Unfortunately it's a limitation of SSIS and the "Foreach File Enumerator" supports only one type of file. 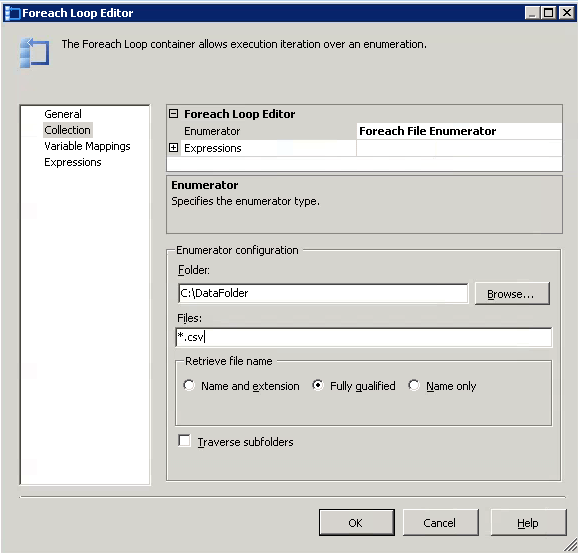 However this limitation can be overcome with a simple script task and a few lines of C# or VB.NET code. In this tip, I will walk through the solution in detail.

I developed a simple package to explain the solution in detail. This package has a script task and this script task will loop thru the given folder for multiple file extensions. In addition, the script task will build an array to list the identified files. The details of the files will be stored as an object variable.

A "Foreach Loop" container has been created with "variable Enumerator". This will help us loop thru each lookup file. To showcase the functionality, I have simply added a script task to print the name of the file. So when you run this package, it is expected to search for files with many extensions and print the full path and name.

The below picture represents the package structure at a very high level. 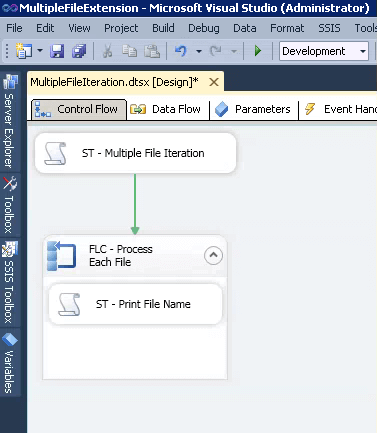 The below variables have been defined in the package:

The below picture represents the variable configurations for the script task. 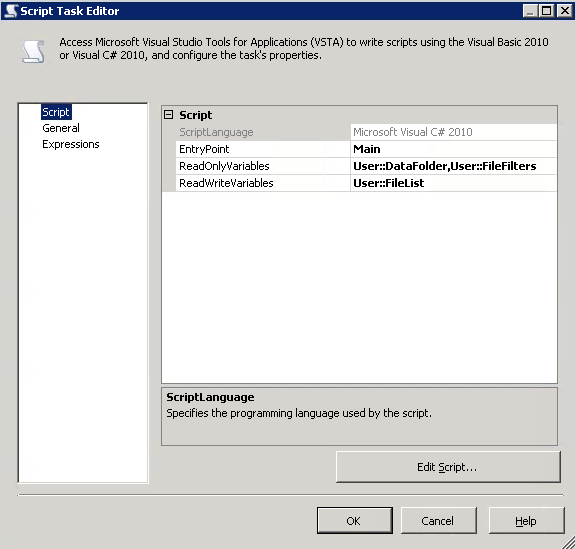 Code Inside the SSIS Script Task

It is mandatory to refer to the below namespaces. This will help us to access the directory and file related functions with ease.

The below represents the actual code inside the script task. The code has been written using C#. The same functionality can be achieved by using VB.NET.

Here is a screenshot of the code as well. 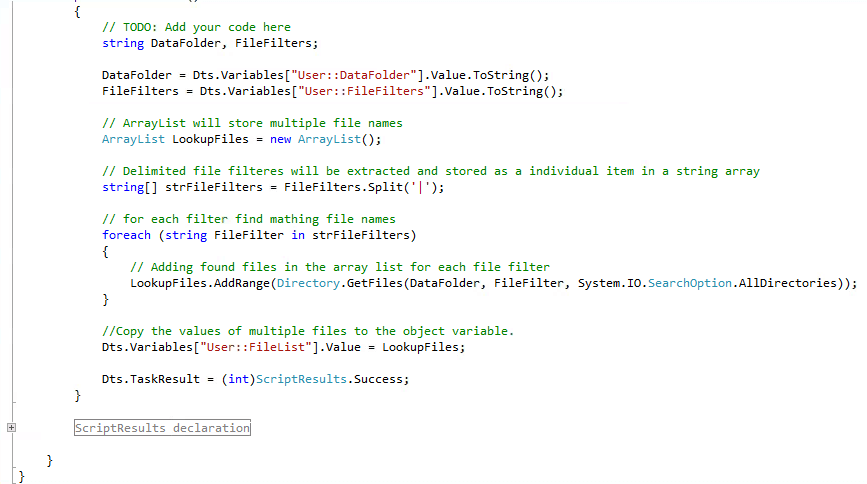 In the first section of the code we are storing the values of the DataFolder and the FileFilters to local variables. As the fileFilter has multiple extensions, all the individual items have to be stored as an array using the split method. From this array the individual items can be looped thru using a foreach loop. Now the individual files can be searched using the Directory.GetFiles method. This method accepts a folder location, file pattern and an option as parameters. This method returns the available files as a string array. This string array can be added to an ArrayList. Finally the array list can be stored in the SSIS object variable. In our example the array list will be stored in the FileList object variable.

The below pictures represent the configurations for the "Foreach Loop" container. 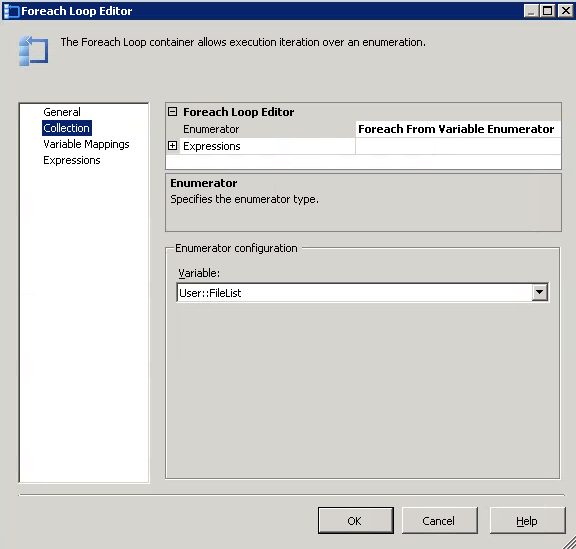 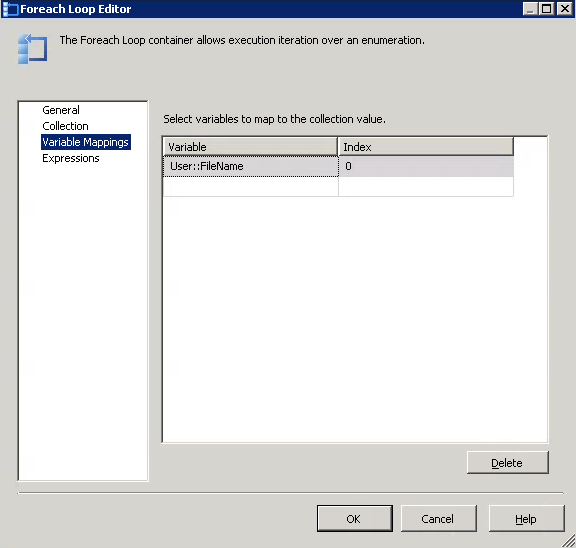 Script Task Inside the Foreach Container

A script task has been placed inside the foreach container to print the name of the individual file. The variable FileName will be passed to the script task. The script task will be able to print the filename with the full path using the messagebox.show function.

The below picture represents the configurations for the script task (Inside the Foreach Loop). 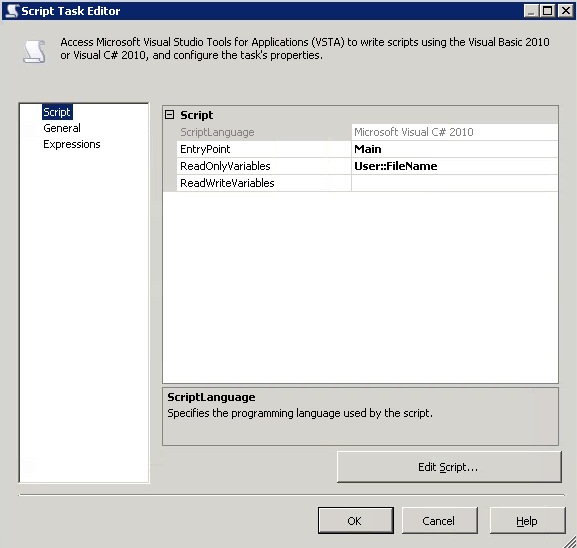 The below picture represents the code inside the script task to print the file name.

Now the package can be executed to see the results. The below pictures confirm the solution has correctly identified the files with csv and txt extensions in the given folder. 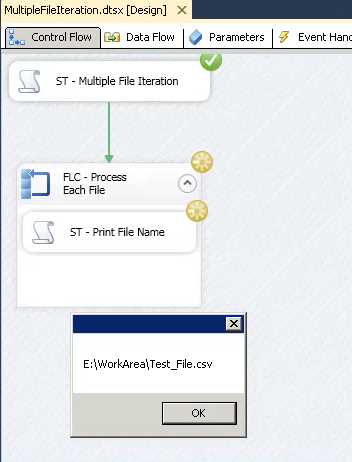 I recommend trying this option in your development environment with a reasonable number of data files. If satisfactory, then deploy and test the solution in a test environment.