We built a brand-new SQL Server 2016 cluster to move databases from an older SQL Server version and older hardware, but I had a hard time convincing the database owners to move their databases to the newer and faster hardware.  So, I built a model to show them the differences.

I built a Lego model of the old server and the new system and kept it on my desk to improve the uptake of the shiny new clustered SQL Server 2016 and this helped give people a visual of what they had and what they were getting.

When emailing the message ‘Please move your database off the old system.’, it had little affect, so I decided to make it more visual and in a creative moment, building it with Lego came to mind.

We had a legacy SQL Server 2008R2 server with 4 CPU and 12 GB of RAM. It ran the CPUs very high. We had three instances of SQL Server on the server and too many systems had their databases hosted there. It was clearly overloaded.

A new SQL Server 2016 cluster was built on physical servers with 32 CPUs and 256 GB of RAM.  It had a better design having nodes in data centers a few miles apart and they were on separate power supplies. Clearly, on paper and email, it was a superior solution.

So, how could I encourage the application owners to work with me and migrate their databases?

When it came to a design of the model I went for the simplest I could think of. I wanted to contrast the old and new, not build an engineering master piece.

Choosing a base for the model 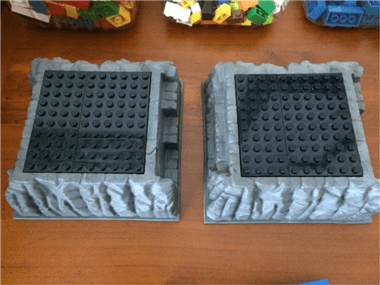 Adding CPU to the model

For the CPUs, I found 1-stud could represent 1 CPU easily. That meant a 4-stud block for the old system and 32 studs for each of the nodes for the cluster.

You can use this T-SQL to find out how many CPUs are in your system:

However sometimes CPUs can be allocated to individual instances by using an affinity mask. We can use this T-SQL to show which CPUs, of the currently active cluster node, are allocated to the instance we are connected to. 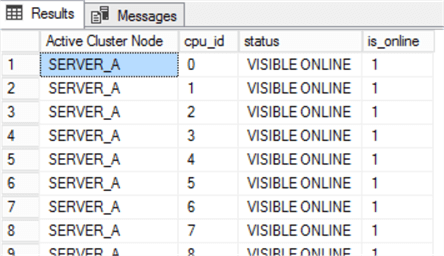 For more information, see tip 4801 by Kun Lee on why SQL Server might not use all assigned CPUs on a VM. Also, see tip 3040 by Simon Liew on how to hot-add a vCPU to a virtual SQL Server.

Adding RAM to the model

Each node in the new system had 256 GB of RAM. If I made 1 stud represent 12 GB of RAM then about 21 studs would represent 256 GB. If I used 8 stud blocks then that would be about 3 blocks.  That will be good enough. I am trying to keep it simple! 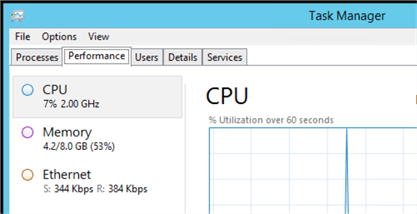 Another method is to right click on the Server / PC icon and choose properties of the server as shown below. 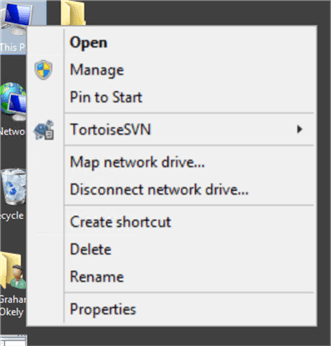 Then you will see the RAM displayed.

The amount of memory the SQL Server instance ends up using can be tracked by monitoring memory counters via a SQL Server job using tip 2188 by Tim Ford.

To find out how much RAM is currently allocated to your instance use this T-SQL:

When "Maximum server memory" is set to 2147483647 MB, this is the default value and SQL will use whatever is available.

See tip 4182 by Sergey Gigoyan for advice on setting a fixed amount of memory for SQL Server.

I selected a long white connector to represent the network connectivity between the two nodes. (I had Lego part 47122 brick white Modified 2 x 24 with Peg at each end) 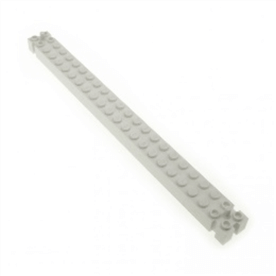 I choose to go with the SSMS color of gold for the databases. A basic shape that could be placed on either node.

Here is my model of the old system with 4 CPUs in blue studs and 12 GB of RAM as one white stud and the databases in yellow.

For the new system, there are two nodes, 32 CPU (blue), 256GB RAM (white), networking (white), data center (grey) versus the smaller model with the green base for the old system.  The new system is clearly much more impressive.

It had the right affect. Application owners were dropping past to correct my model and tell me what was what. They were taking responsibility for their systems.

Each time a database was moved to the cluster I moved the database or stack of yellow blocks as well.

Where will your imagination take you? 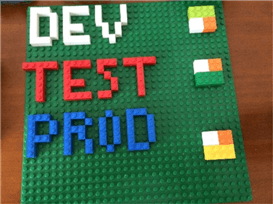 Here is a link to a Lego Kanban board.