In my previous Application Development tips, among other, we've talked about different techniques for implementing multithreading in .NET, such as using the BackgroundWorker class, the Thread class and the ThreadPool class.

In this tip, we will be examining another multithreading technique in .NET, that is the Task Parallel Library, also known as TPL.

The Task Parallel Library (TPL) in .NET, is a set of public types and APIs in the System.Threading and System.Threading.Tasks namespaces. TPL has been created in order to help developers to easily add parallelism and concurrency in their .NET applications.

In this tip, we are going to write a .NET C# Console App, that will be performing the below:

The above operation will be implemented using multithreading via the Task Parallel Library (TPL).

The below screenshot, illustrates the source CSV file that we will be copying into a new one via our .NET application, using TPL. 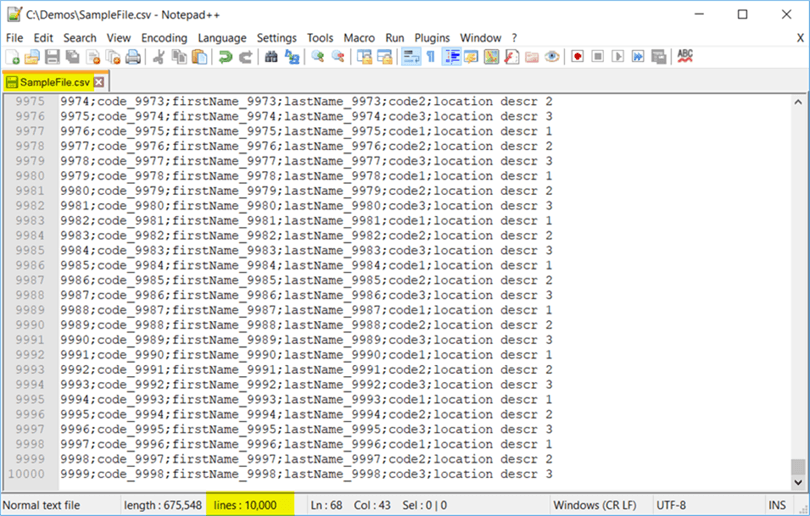 OK, now let's proceed with the creation of the .NET C# Console Application.

Let's start a new "Console App (.NET Framework)" project in Visual Studio 2017, name it "TPLExample", and save it in the folder "c:\tmp\demos" (you can use any folder you like): 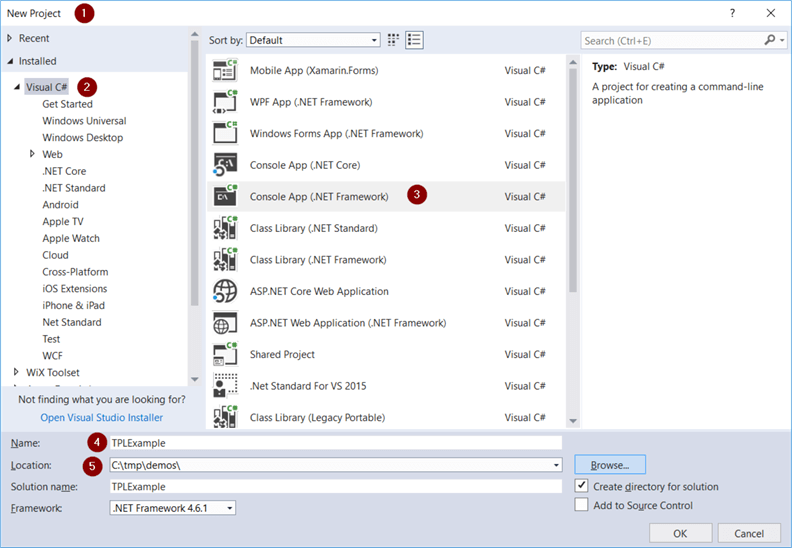 Below, you can see the workspace in Visual Studio just right after the empty project is created. 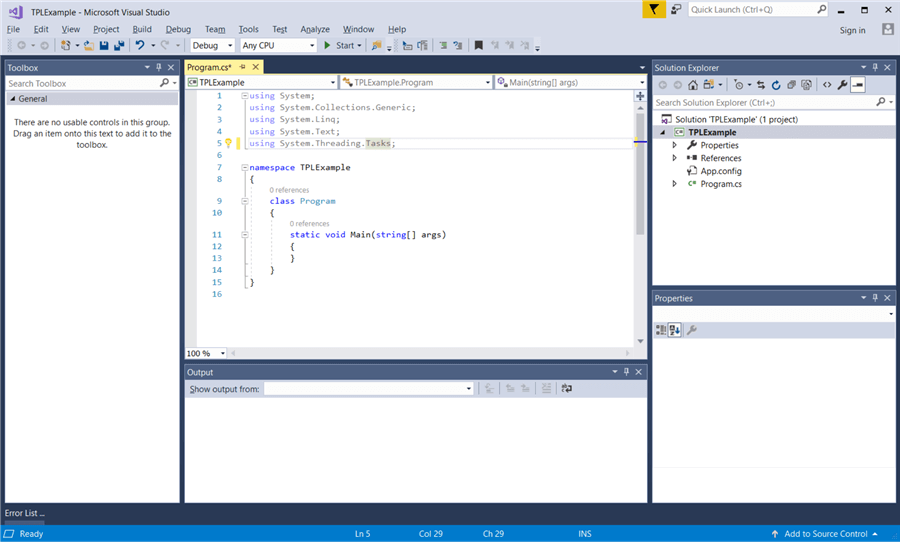 Since this is a console app and we don't have any GUI components to add, we directly start adding code.

The first step is to add the proper namespaces, in order to allow us to make use of the required classes in our code:

Our code consists of two methods, that is the "copyFileTPL" method, and the "Main" method. Below, we can see in more detail what exactly these two methods do:

Let's talk a bit more about the second task that the "Main" method does, that is calling the parallel task.

TPL provides a handy method for launching parallel tasks and essentially, turning your .NET app into a multi-threaded application. This is the Parallel.Invoke method. This method, which is part of the Task Parallel Library, executes each of the provided actions (tasks), possibly in parallel. So, in our code, the usage of this method, allows the file copy operation to run in parallel with the main thread.

We run the application using the below command in command prompt:

Then, a few moments later, we see that the program completed the operation of copying the file along with reporting its progress: 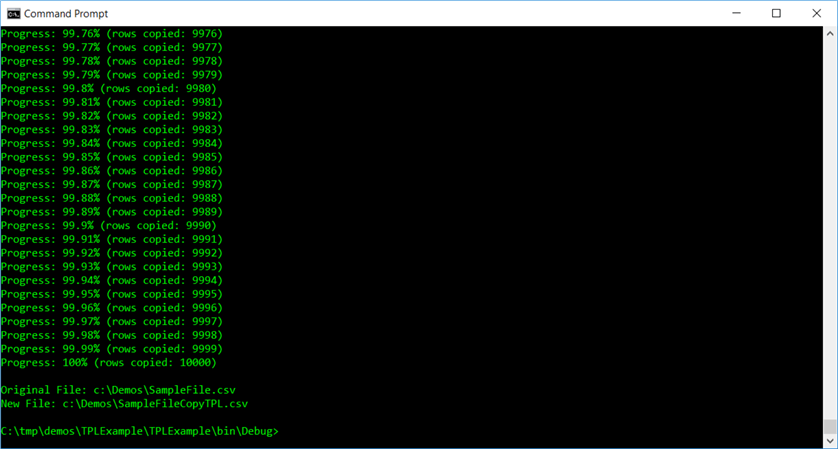 Now, let's check the file that was created after executing our .NET Console App: 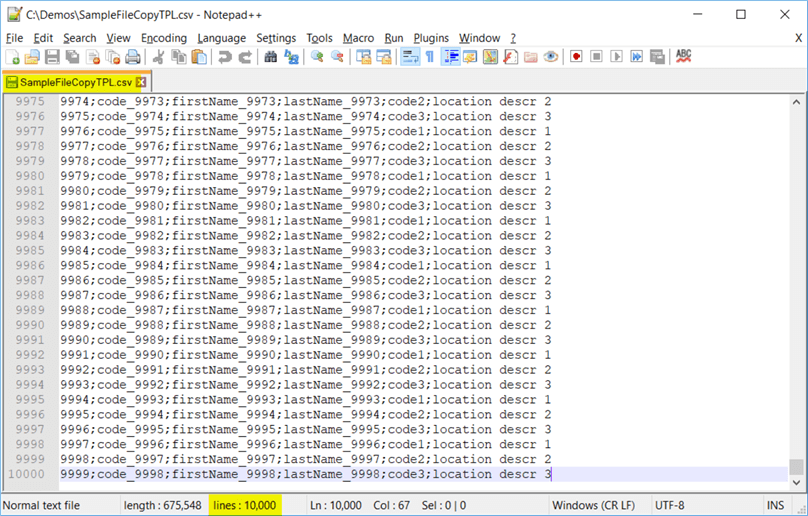 As you can see, the new file is just the same like the original, meaning that our application successfully performed the task it was designed to do.

In this tip, we examined another way of implementing multithreading in C# and more specifically, parallelism. To this end, we built a simple .NET Console App in C# that copies one file into another using the Task Parallel Library (TPL).

Multithreading and parallelism can be quite handy in software development, however, you need to take into consideration different factors when designing your application, so that your application's logic remains correct throughout the execution of parallel tasks.

When properly used, multithreading and parallelism in software development, can help you build robust software applications with enhanced performance and responsiveness, that contribute towards a much better user experience.

Inserting Rows into SQL Server from a Java Program

Develop a Simple Web Application in ASP.NET with SQL Server

Adding a Database Project to a Visual Studio Solution