Attend this webinar to learn about development best practices for SQL Server. Andy Warren will share his many years of experience to give some pointers on what has worked best for him and how you can utilize some of this knowledge.

SQL Server's T-SQL code provides SET statements that can change the way a connection processes data. These statements are available in multiple categories such as: date and time settings, locking statements, miscellaneous statements, query execution statements, ISO settings, statistics statements, transaction statements, etc.  Depending on whether these options are on or off, the way your queries are executed could differ.

In this tip I would like to demonstrate the behavior of QUOTED_IDENTIFIER and ANSI_PADDING, because a query could produce different results based on how these SET options are used.

The following script creates database Test_Statements which we will use for this tip.

In addition to turning these settings on and off for each session, you can also configure the defaults when using SQL Server Management Studio (SSMS) as follows.

We can configure the default values from SQL Server Management Studio by going to Tools > Options and select Query Execution > SQL Server > ANSI. This shows each of the items we can set for new sessions.  We will look at how to do this for individual sessions with the SET commands. 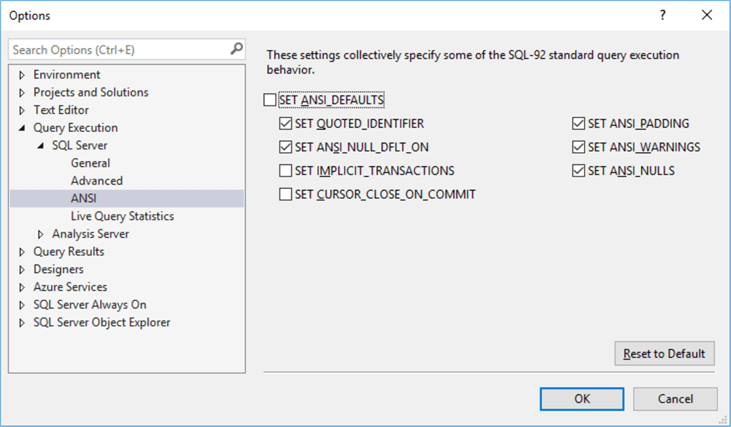 This setting is used to determine how quotation marks will be handled.

In the code below I am setting QUOTED_IDENTIFIER ON to see what happens.

This returns an error.

I can run this as below using 2 single quotes inside the string and this works.

This also works as follows, which shows the quoted identifier doesn't affect this issue.

Now let's try to do the above with double quotes as follows:

This returns the error:

But if we run the following with quoted identifier off this works.

The results are below. 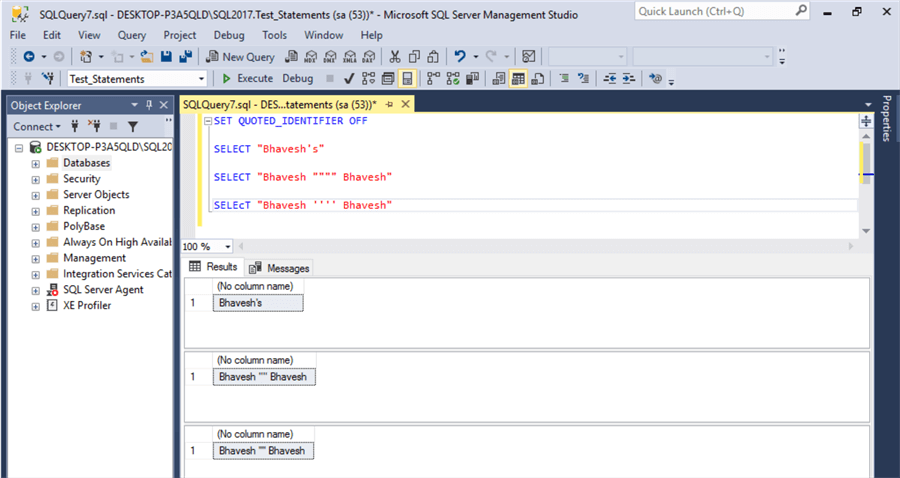 Let's look at a couple of other examples, this time using system keywords.

When executing the above, it raises the following error.

Below we can see that if we use double quotes along with quoted identifier on this works.

This is the same if we try to use a keyword in a SELECT statement.

When quoted identifier is off this works.

This setting affects new column definitions. After the column is created, SQL Server stores the values based on the settings when the column was created. But existing data is not affected by a later change to this setting.

I will create a table and then add a record with setting ANSI_PADDING ON. You can see below that there are extra spaces and trailing zeros. 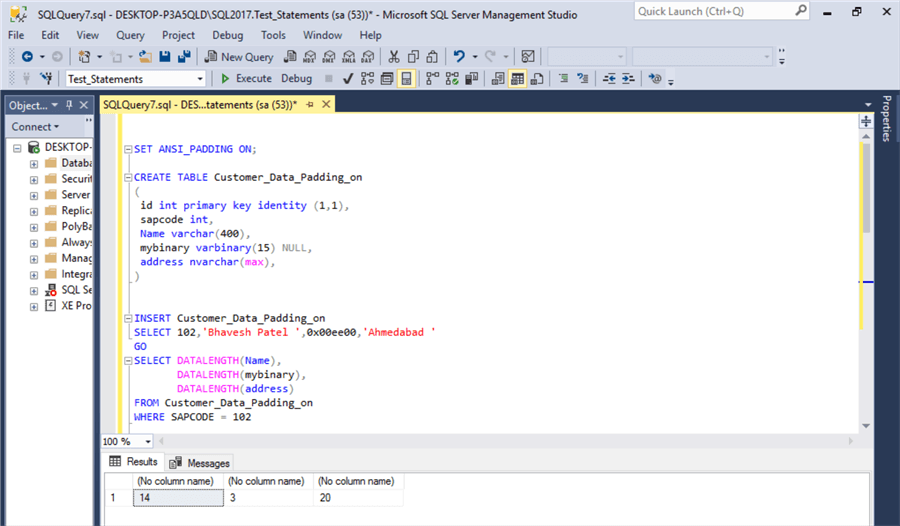 I will do the same thing below using ANSI_PADDING OFF. 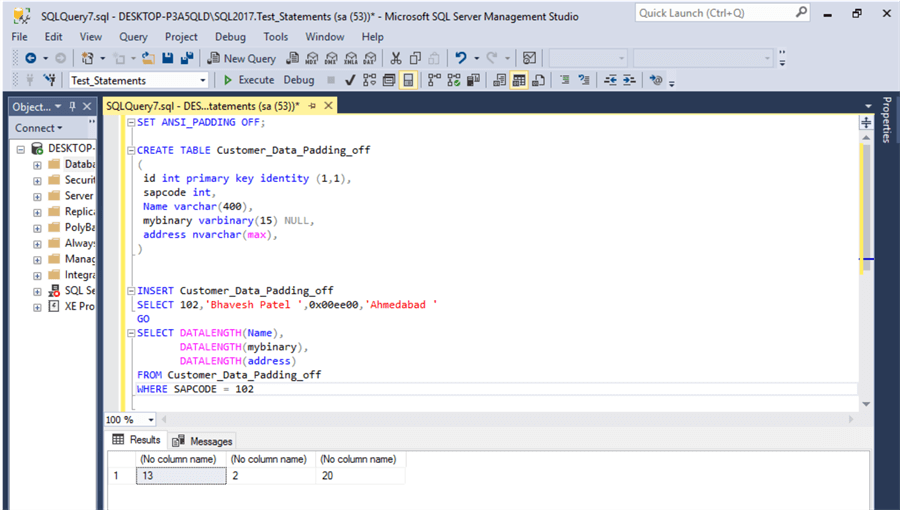 If we look at these results, we can see I now get 13, 2 and 20.  The values for the varchar and varbinary changed, but the nvarchar stayed the same.

As shown above, both settings are not feasible in every query execution. This means it might be possible that query execution could fail due to incorrect settings.  Also, as shown below there are some exceptions of how these can be used.

Below we can see scripts we can use to see the settings for specific sessions connected to SQL Server.

This gets the settings for a specific session.

Queries to Get Settings from MSDN 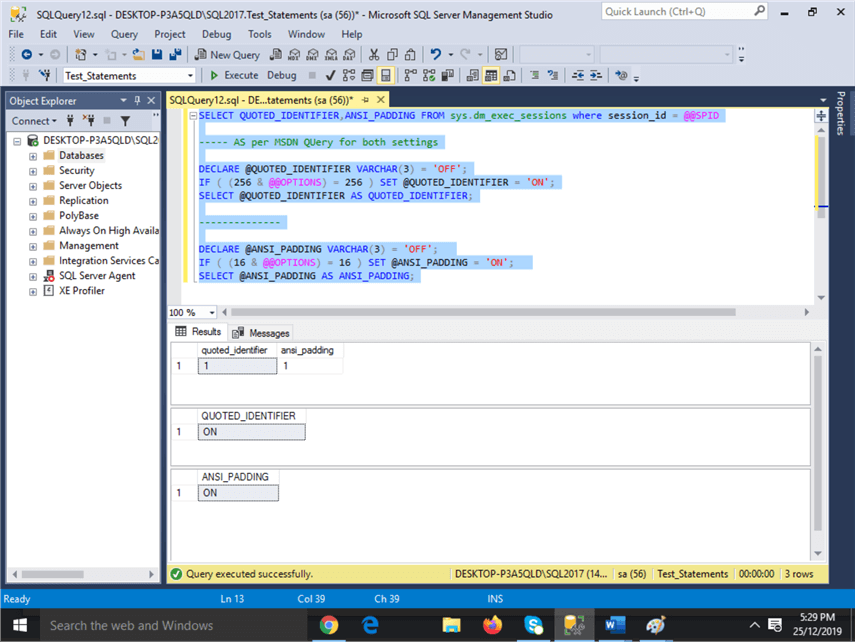 Here is additional reading related to this and specific settings needed for some of these features.