The default trace is a new feature first included with SQL Server 2005 which provides auditing on schema modifications such as table creation and stored procedure deletion and the like. It does run by default, but you can turn it on and off using sp_configure as detailed in a previous tip. 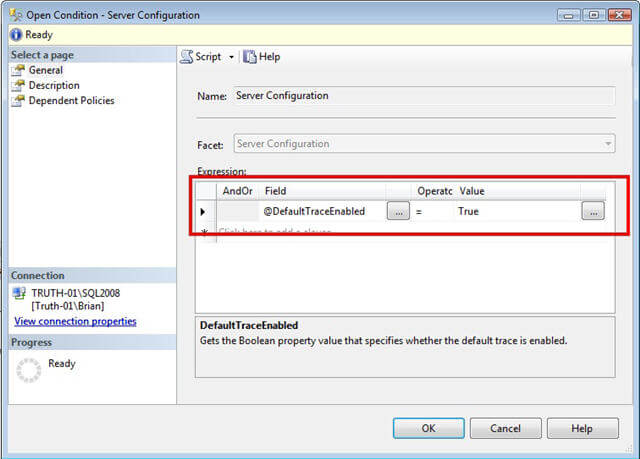 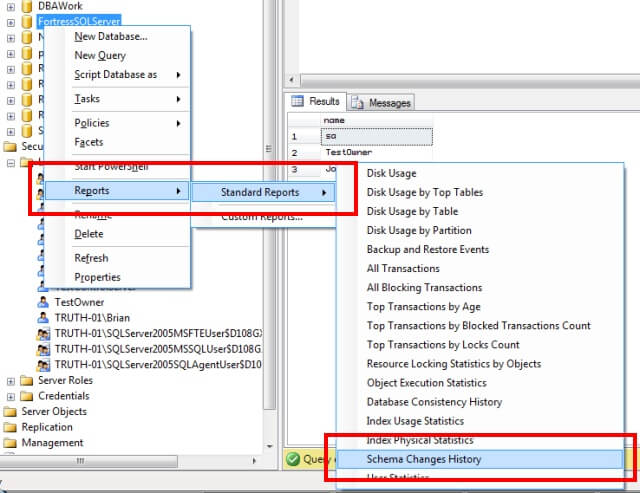 If you want to see all the changes at the server level, you would simply right-click on the server and begin the navigation. An example of the report is shown below. Note that who made the change and when it was made is captured. 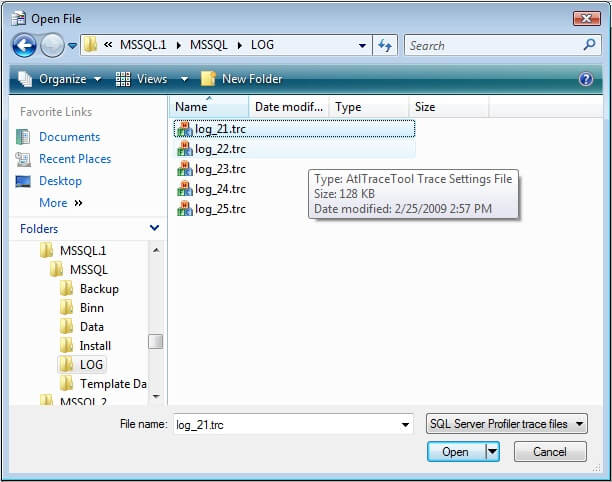 You'll be prompted for file rollover for each additional trace file. The prompt should look something like this:

You'll want to select Yes for each time you are prompted. This will allow Profiler to show the complete contents stored in the default trace file. Once you've done so, you can examine the trace, just as you would any other. There's a lot of information stored in the trace, so I've taken a snapshot and highlighted the CREATE TABLE we saw in the Schema Changes History report:

Keep in mind that when viewing the default trace information in this way, that the default trace file will contain information for the entire server. Therefore, keying in on the database name is important. Also, at a casual glance of the screenshot, you can see that more than just the table reported by the Schema Changes History report is captured in the trace file. For instance, the database autogrowth of tempdb can be seen as well as creation of some statistics within the FortressSQLServer database can be seen.

The default trace should be the first numbered trace running on your SQL Server. However, you can verify by looking at the value corresponding to the trace file location. This simple query will return that information for all traces running on the system. You're looking for a location that matches your default LOG folder.

Once you have the traceID, you can then query the default trace file using the fn_trace_gettable() function. One catch if you use the fn_trace_getinfo() function to determine that the default trace is running: it will return the most current trace file that is open. When I ran it, I got a value that ended in log_131.trc. However, the starting trace file was log_127.trc. I had to look in the directory to determine the correct file to start from. Once you have that, you can display the results as a resultset using the following query (substitute the starting trace file accordingly):

I've ordered it by StartTime, just to get a reasonable order. However, you could also use a SELECT INTO and an IDENTITY() column if you need the order perfectly maintained.