You may have probably heard about the term SQL Server sprawl - the uncontrolled and uncoordinated deployment of different SQL Server instances of different editions. It's easy to track Enterprise and Standard Edition instances since we regularly do audits for licensing purposes. But, then, there are third-party and line-of-business applications that use SQL Server Express as their backend database that get installed by people from different departments of your organization. Who knows whether these SQL Server instances sit on their desktops or on servers allocated by the IT department? And the worst part is, we DBAs get charged for administering them.

And this really highlights the power and simplicity of Windows PowerShell. This task can be done in a single line of code, using the information mentioned above.

See, that wasn't so hard, was it? The default output of the script will display the four major properties - ServerName, Instancename, IsClustered and Version. You can have an instant documentation by piping the results in a text file for later review. To know more about the different properties and methods available to you from the object returned by the script, you can use the Get-Member cmdlet. 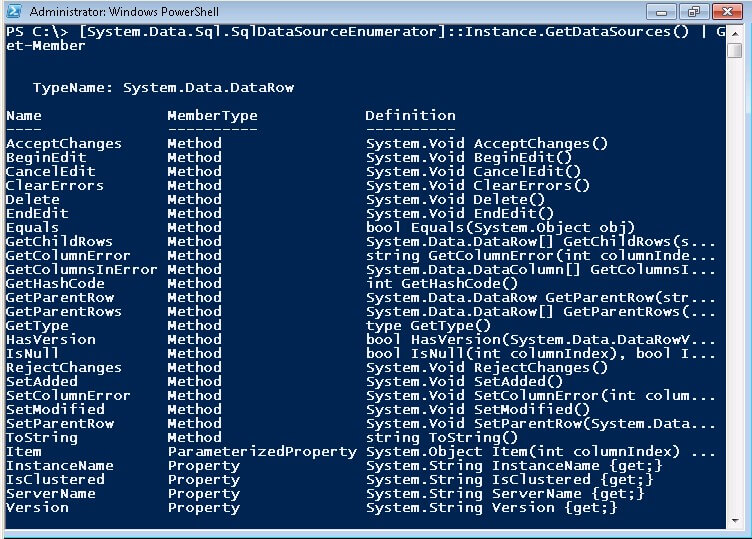 You'll see that in my test environment, I have a Windows 7 machine running two SQL Server 2005 instances - one is a default instance while the other one is a SQL Server Express instance - and a SQL Server 2008 named instance. You'll also see a Windows Server 2003 with two SQL Server 2005 instances and, looking at the Version property, one is not patched at all. While the Windows 7 machine is a member of an Active Directory domain, it is interesting to note that the Windows Server 2003 machine is not. This means that even machines in a Workgroup configuration can be discovered for SQL Server instances even if the account that you are using to run the script does not have any permissions at all on the remote machine.

I may have overstated the fact that this is really very easy to do. However, the reason that it appears to be very easy is because of two things that I have done. First, the SQL Browser service is started. The SQL Browser service is the one making it possible for the discovery of SQL Server instances on a computer. The challenge here is that the SQL Browser service is not started by default. So, how do we start it? And how do we even know that it exists on a specific machine? There are a couple of ways to do that. One of which is by using the Invoke-Command cmdlet available in Windows PowerShell v2.0. This cmdlet can be used to run commands on local or remote computer. The assumption here is that the target computer also has Windows PowerShell v2.0 installed and that Windows PowerShell Remoting is enabled on all the target computers. As this is beyond the scope of work for the DBA, I will not cover PowerShell Remoting in this tip.

Since you won't be dealing with just a handful of computers, it's best to work with your domain administrators to write a script to enumerate servers and workstations in your Active Directory domain for this purpose and pipe the results to the script (it's one of those reasons why you should be in good terms with your systems administrators). If you are running Windows Server 2008 R2 in your environment, the Active Directory PowerShell cmdlets can make this task even simpler. 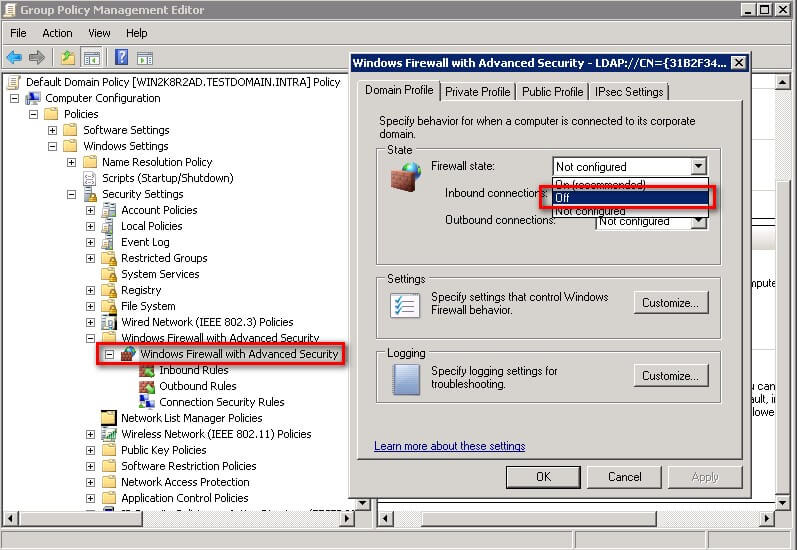