More than once I have heard that when you create a SQL 2008/R2 native backup with compression, SQL will backup the entire database on disk and when the backup is complete, SQL compresses the file. I did some research and found this interesting article "Space requirements for backup devices in SQL Server" which says: "To get maximum performance benefits during the backup operation, SQL Server calculates the estimated size of the target backup device and initially creates the backup file at that projected size".

So based on the above, I want to show and verify that compression occurs in memory and not at the disk level.

My starting point is my BACKUP_TEST database that is around 2.7GB.

When I start the backup (compression is on as the default), I can see that the initial size on disk is set to ~731MB.  This is about 1/3 of the database size which the KB article states would be the allocated size. 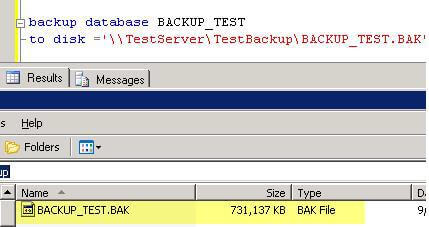 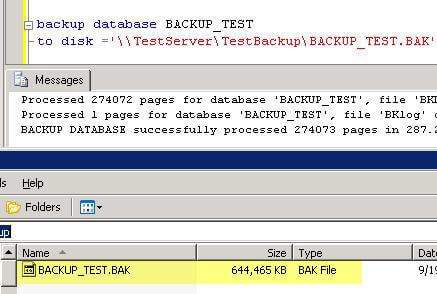 If we enable trace flag 3042, we can have the file incrementally build instead of SQL Server pre-allocating the file size.  We will create another backup file, so we can compare the results.

As you can see below, from the multiple screen shots, SQL incrementally allocates disk space during the backup operation when using this trace flag and the files grows as needed.

And finally, we can see our completed backup is the same size as our first backup.

Demonstrating the Effects of Using Data Compression in SQL Server

Using COMPRESS and DECOMPRESS in SQL Server to Save Disk Space