SQL Server Linked Servers are a great to query remote databases, but when running update queries they don't always behave like they should.  In this tip I will show you a situation where several queries worked fine, but a few did not behave as planned.  I will also show you one way of handling this situation.

Let's say we have two SQL Server instances.  The two instances are SERV1 and SERV2.

I created this table with 90K rows of test data in database db1 on SERV1.

I also created a Linked Server named SERV1 on SERV2 that connects to SERV1.

Now we will execute some queries on SERV2 using the linked server.

If I execute this SELECT query via the Linked Server it executes in less than a second. The execution plan is shown below. This sends the query to the remote server and executes the query there. (Note: I obfuscated some of the data in the screenshots for confidentially purposes.) 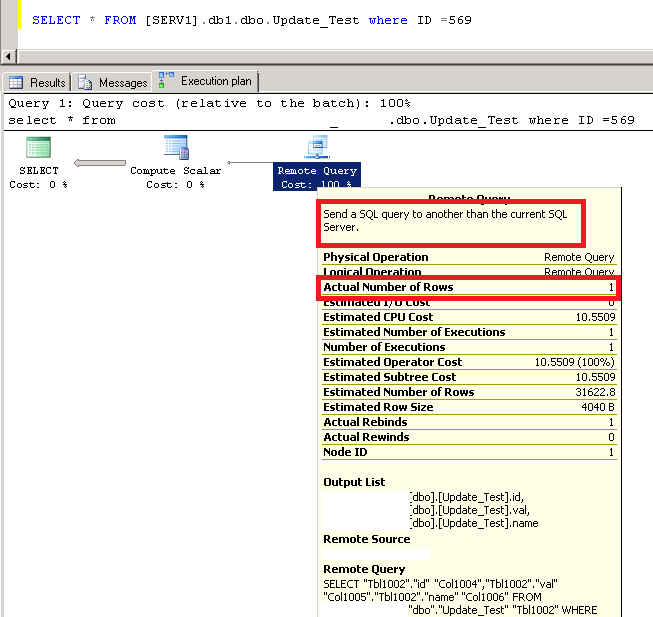 Now if I execute a DELETE query via the Linked Server, it also executes in less than a second and the execution plan is below. 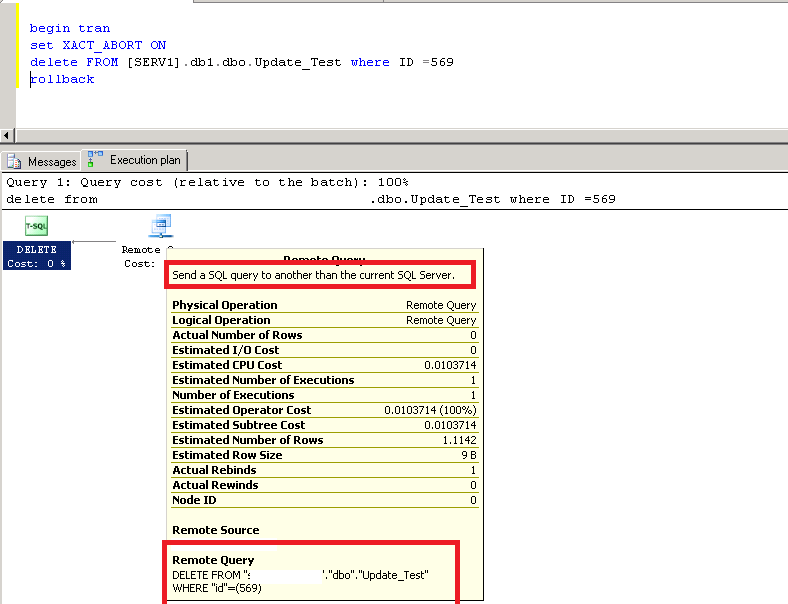 Now I will run an UPDATE on the nvarchar column this also executes in less than a second with the below query plan. 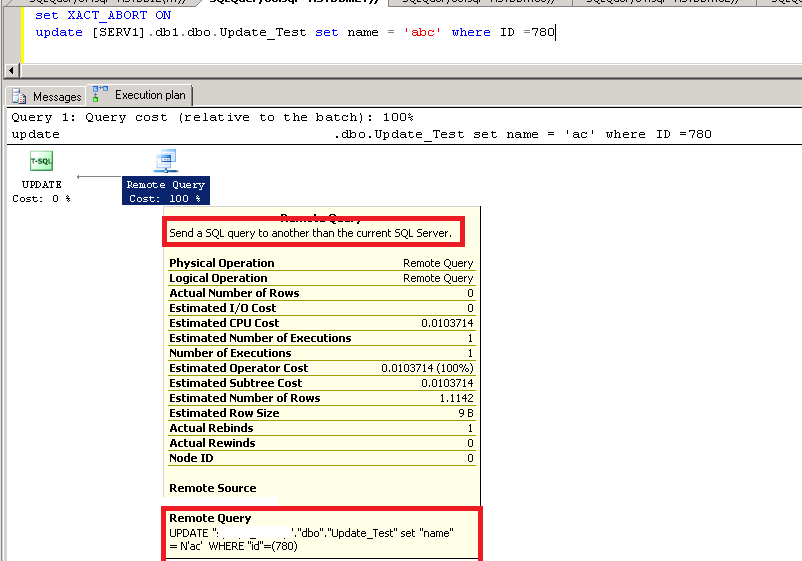 If I do an UPDATE on the bit column this takes 30 seconds to complete. The query is doing a remote scan using API Server cursor. You can see the query plan looks drastically different. 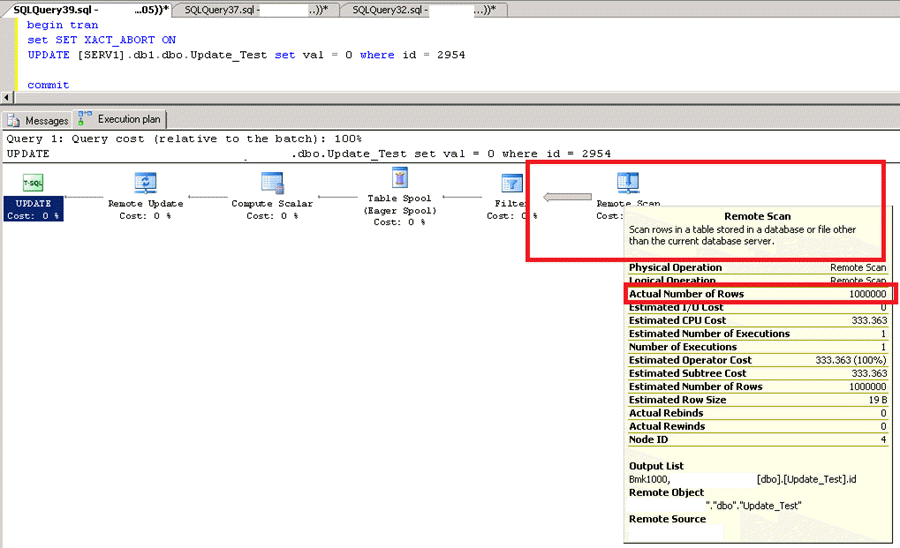 I had same problem with an UPDATE for a nvarchar(max) column.

Ways to Work around the Remote Scan Issue

To avoid the remote scan we created a stored procedure on SERV1 which accepts id and val as parameters.

Now when we call the procedure from SERV2 via the Linked Server it works without an issue.

Ranga Babu is a SQL Server DBA with experience on performance tuning and high availability.

Access MySQL data from SQL Server via a Linked Server

Create a linked server to MySQL from SQL Server