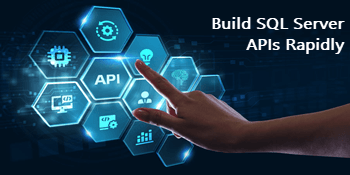 DreamFactory is an API management platform best known for its ability to generate REST APIs for a wide variety of data sources, including Microsoft SQL Server. Organizations around the globe use the platform to reduce if not entirely eliminate the time and overhead otherwise required to manually build MS SQL Server-backed APIs.

Many people have come across situations where their queries are returning incorrect results - sometimes this is due to a bug in SQL Server, but it is far more common that it is less sinister than that.

Having spent quite a bit of time supporting a wide variety of users with an assortment of "wrong results" problems, I've found that there are actually only a few common scenarios that lead to incorrect results - and usually it is a logic or assumption problem.

The five things we will cover are:

SQL queries are often constructed within application code or dynamic SQL, and date strings typed by the user are copied and pasted, as is, into the query text. The problem is that the user does not always speak the same language or regional settings as the server. So when a Canadian types 9/8/2016 into the textbox, meaning August 9th, the query ends up like this:

Since the server is set up with US English, SQL Server has to interpret that as September 8th. The user might not even notice that the events returned are from the wrong date, since often internationalization is missed at the presentation layer too - so it will display 9/8/2016, just like the user typed.

A slight variation on this theme is when 9/8/2016 is passed directly into the query, without proper delimiters, so it ends up looking like this:

This won't possibly return the right data, even if they were expecting September 8th. The problem is that SQL Server allows for all kinds of sloppy implicit conversions; in this case, it thinks you are intentionally writing an expression that divides three integers. Nine divided by eight divided by 2016 is zero, therefore SQL Server implicitly converts your expression to the base date (1900-01-01) plus zero days. Evidence:

Moral: Always use proper date/time parameters, and whenever using a string representation at any layer, use a culture invariant format like yyyymmdd. This may mean forcing your users to select from a calendar control or set of drop-downs, because if you're letting them type, you can never be absolutely certain whether they meant August 9th or September 8th.

One query strategy that I have always found problematic is the use of BETWEEN for date range queries. Microsoft didn't do many people any favors adding the EOMONTH() function in SQL Server 2012.

BETWEEN is problematic in part because it is ambiguous - what exactly does "between" mean? If I say "between 4 PM and 8 PM," it may seem clear, but should something that happens at exactly 8 PM be included? What about at 8:01 PM? And 8:00:00.0000001? Even in plain English, it's not always clear whether the start and end of the range should be included.

Next, BETWEEN forces query writers to determine the end of a period. If you are writing a report that covers the month of February, how exactly do you determine the end of February? Leap year might seem to be the biggest complication, but it's actually harder to determine the last instant on the last day of the month. With datetime, that's usually calculated by subtracting 3 milliseconds from March 1st. But if the underlying data type changes, or any parameter or variable used along the way, this value can round up or down unexpectedly.

If the column is a datetime column, but the parameters or variables are manipulated in this way, then you will have incorrect results:

EOMONTH(), in particular, seems to trick a lot of people into thinking it returns the end of the month, when in fact - as demonstrated above - it returns midnight on the last day of the month. Which of course is not the same thing. Now, BETWEEN would work here if the underlying data type is date, but I strongly recommend against using that as an exception to the rule, and using other methods elsewhere.

Moral: Always use an open-ended range for date range queries, even when using the date data type.

It is always easier to find the beginning of the next day, week, month, what have you, than it is to find the end of the current period. And, more importantly, an open-ended range is not vulnerable to rounding and conversion issues. The following can never return the wrong results (e.g. will always return all of the data for February, and only the data for February), regardless of what you do to the data types of the parameters or underlying columns:

I often recommend people develop on a case-sensitive or binary collation. Like learning to drive using a stick shift in the winter, this can prevent surprises and make sure your code can be deployed anywhere and continue to function.

Let me illustrate with a simple example. Let's create two databases, one with case sensitive collation, and the other case insensitive:

Because the column uses a case insensitive collation, bertrand and Bertrand still match. However, even in a case sensitive collation, not all Unicode strings will match an "equivalent" varchar string - the strings simply won't be the same, as a conversion to varchar can lose information.

If we repeat this exact same code sequence on the case sensitive database, bertrand no longer matches Bertrand, and the Unicode problem still exists.

Let's say we have a simple table with a Unicode column, and we want to find all the names where the first letter is in lower case. We'd expect we could do this with a case sensitive collation, but collations are funny:

Moral: For search columns where you want to support case-insensitive searches, define them using an explicit, case-insensitive collation. Also, always use the N prefix when dealing with Unicode strings, not just to ensure correct results, but also to avoid costly implicit conversions. Other workarounds include applying LOWER() or UPPER() functions to both sides of the WHERE clause, but these approaches can kill sargability (as can the COLLATE clause shown above).

A situation I see a lot out on forums is when a user is performing an outer join but the query behaves like an inner join. This is often because some of the criteria meant for the outer table is expressed in the WHERE clause instead of the JOIN clause. It will be easier to explain with an example; let's say we have a table representing students, and another table representing how many pets a student has:

Here we see that Aaron has one pet, Madeline has five pets, and Nora has no pets (no row in the PetCount table).

Now, let's say you need a query that would return all students with fewer than three pets. You would start with a left join:

This looks good so far, but we still need to add a filter to remove Madeline from the result set. What I see most people try at first is they add a WHERE clause:

Well, that didn't work so well. Sure, we got rid of Madeline, who has 5 pets, but we also got rid of Nora, who has 0 pets. Many people struggle to understand this, but the easiest way to explain it is if you add a WHERE clause to the outer table, you change the outer join to an inner join. From a logical perspective, what's happening is that the filter can only return true for values of pc.PetCount that are known to be less than 3. Since PetCount for Nora is NULL, not 0, it is unknown if that is less than 3, so the row is rejected.

Next, they try moving the filter to the join clause:

This might be even more confusing - what happened to Madeline's pets? Changing the WHERE to AND means that, essentially, the filter only applies to the data that comes from the outer table. All rows are returned from Students but data from PetCount is only included when it matches the filter.

The way you have to solve this particular query is to use a WHERE clause that whether PetCount - or 0, when PetCount doesn't exist - is less than 3:

Typically, the problems I see with outer joins is that a filter is mistakenly placed in the WHERE clause. In this case, that's exactly where it belonged.

Moral: Strive to understand the different logical join mechanisms, and make sure to test against all edge cases before being satisfied that your query logic is sound.

Last but not least, NOLOCK is a really popular table hint, but most people think it's just a "go faster" button and don't realize (or ignore) that it actually still incurs locks, so its name is not entirely accurate. And as I explained in Bad habits : Putting NOLOCK everywhere, there can be corruption issues and exceptions, but incorrect results can happen too. These can manifest in four different ways, all due to the way SQL Server can scan the data:

The latter is the most interesting case to me, because it is not obvious (and I didn't realize it until I saw it demonstrated by Paul White). The other three scenarios are often known trade-offs - sure, for the benefits, it's worth it to them to occasionally see a row that never existed, or miss a row, or read the same row twice. But seeing a single value that has been partially updated borders on corruption to me. Let's illustrate with an example using an nvarchar(max) column. In one query window, create the following table, and start this infinite loop:

Now, in a second query window, run this loop, which will halt as soon as the NOLOCK query reads a value that has been half updated. It shouldn't take long:

Before too long, you should see this output, meaning that the value read by the NOLOCK query consisted of some As and some Zs:

Just one simple example where NOLOCK can make a real mess of your data. (Don't forget to go back to the first query window, stop that infinite loop, and drop the table!)

Moral: Only use NOLOCK where the risk of the above side effects is acceptable (and where this method actually improves performance or concurrency in a meaningful way). I would strongly consider READ COMMITTED SNAPSHOT as an alternative.

Now, I am not saying NOLOCK doesn't have its place - it is certainly fine for ballpark-style queries, ad hoc queries against large tables, non-production systems, and other scenarios. But I have witnessed many shops where it is dictated by policy that all queries must use NOLOCK. I would be very careful about this in production systems where accuracy is important; in my experience, accuracy is usually pretty important.

These are five of the most common reasons I see for "wrong results" issues in SQL Server. Do you see a common scenario that I haven't mentioned? Let me know in the comments below!