All SQL Server DBAs and Developers need a way to deploy there T-SQL code. There are several ways that this can be done. In this tip we look at an approach that uses SQL Server Integration Services (SSIS) as the deployment tool.

There are various tools available in the market to deploy SQL schema changes to target a SQL Server environment. In addition, organizations develop their own applications to deploy T-SQL changes. The applications can make use of PowerShell scripts, command line scripts, C#/VB.Net, etc. In this tip, we will look at how to use SSIS.

Deployment automation benefits can be summarized as:

In this tip, we will look into one aspect of deploying SQL schema changes using a SQL Server Integration Services package. We assume all the schema changes are available as a .sql file in a folder. The SSIS package will loop thru and deploy the schema against the target server. If the deployment is successful, the schema file will be renamed with the date and time stamp. If there is a failure or issue, the file will be renamed with an error tag.

The below highlights the SSIS package control flow. 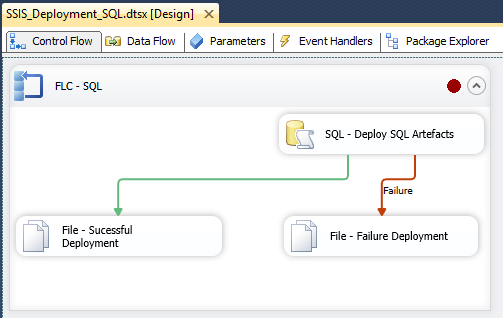 These are the variables that have been defined in the package:

The Foreach Loop has been configured to look for a file in the folder that has the .sql files. Once a file has been identified, it will assign the value of file name to the variable "FileName". 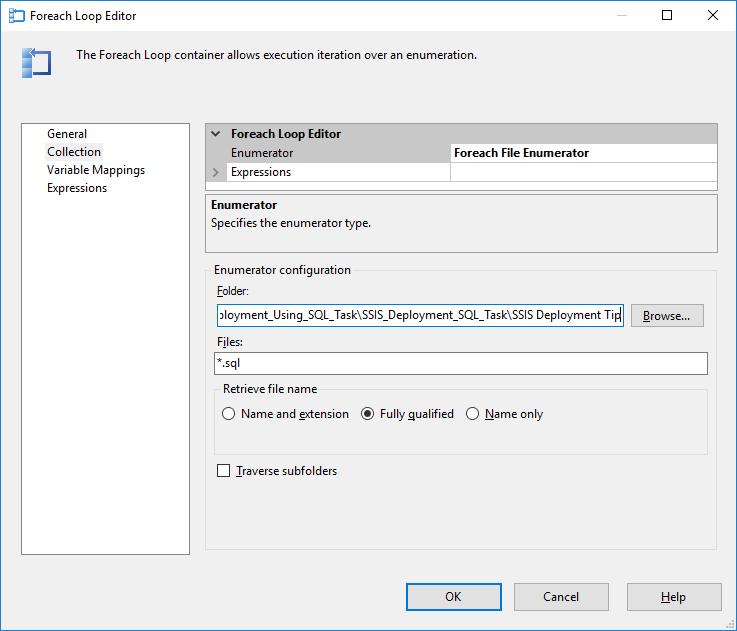 SQL Task in SSIS for Deployment

The SQL task has been configured to read the SQL script from the "FileName" variable. The SQL script will be executed against the OLEDB connection to deploy the schema change. 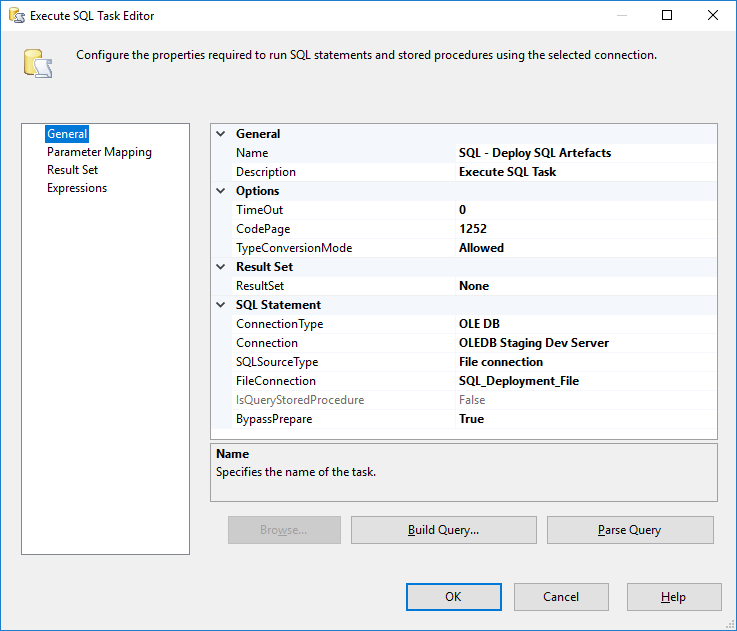 Now let’s execute the package to deploy the SQL script. During the first iteration, the forloop has identified the file “dbo.GetListOfCurrencies.sql”. 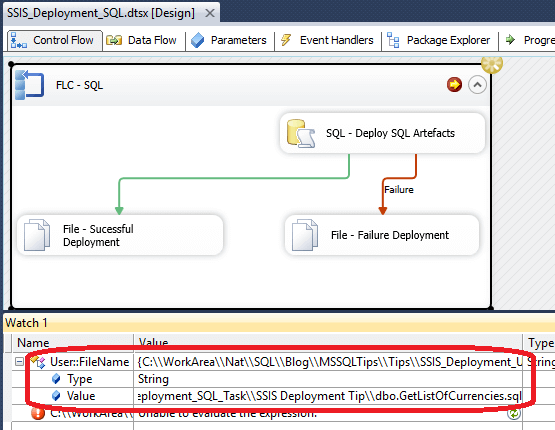 After successful execution, the file has been renamed with the suffix “Deployed.DDMMYYYYHHMMSS”. 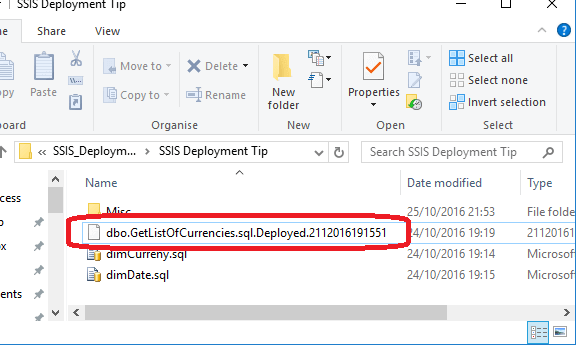 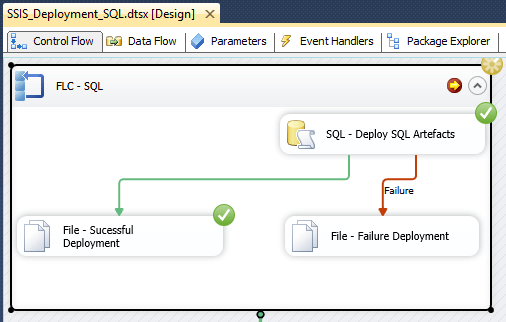 If there is a failure, then the file will be renamed with an error tag. For testing purposes, I introduced a small bug in the script “dimCurrency.sql”. The first script will be deployed successfully, however the second script "dimCurrency.sql" will fail and the package will fail.

The below picture confirms that the package has failed during the second iteration. 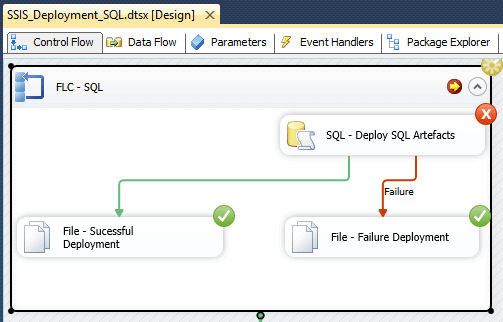 As the second script has failed it will be renamed with the suffix “.Error.DDMMYYYYHHMMSS”. 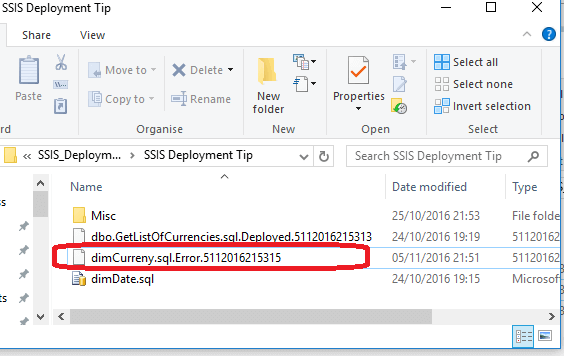 This approach is simple and can be used to further develop a custom deployment utility. I recommend you try and evaluate multiple options before coming to a conclusion on what approach to take.