SQL Server Integration Services (SSIS) does not have a default task to poll a folder to see if a specific file exists. There are third party controls that can assist us with this task, but not all organizations allow the use of third party controls in SSIS. In this tip, I will show how you can build an SSIS process to poll for a file.

Polling for a file is a common task used in ETL solutions. Polling means an application continuously checks for a change in the status of an external process by looking for a file whether it is an empty file or the file has actual data.  Most ETL solutions need to poll a specific directory for a file before moving to the next step, but unfortunately SSIS does not have a default task to achieve this.

Hence I have come up with an alternative solution.

In addition the script task will reset a flag for the For Loop, so the For Loopť terminates on the next iteration.

A delay can be introduced in the script task after every iteration, so the polling can wait for a reasonable period of time before checking again.

So that you can understand the basics and you will be able to change the solution as per your requirements, I have created two user variables "FolderLocation" and "IsFileExists". These variables and their datatypes can be seen in the below picture.

This sample package has a For Loopť which contains a Script Task. The below picture highlights the package at very high level. 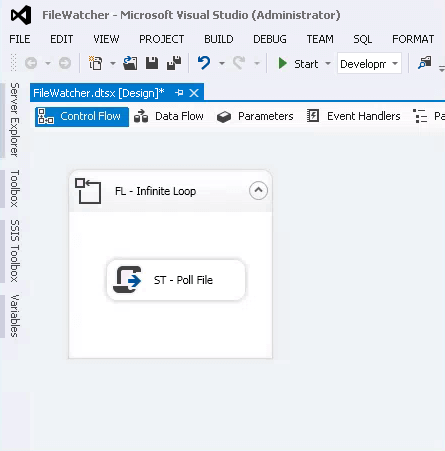 The below picture highlights the "For Loop"ť configuration. 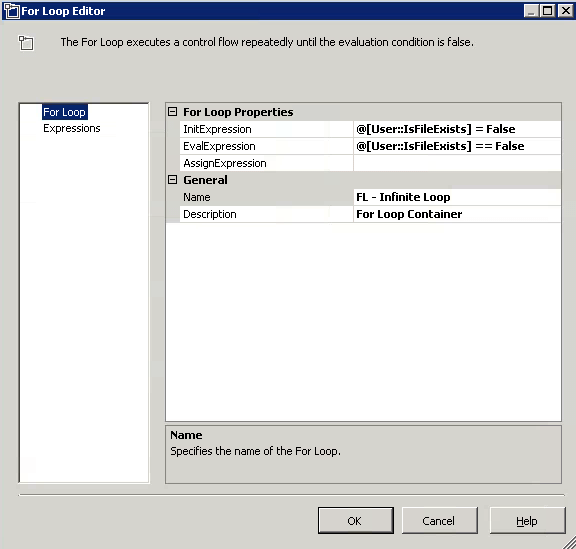 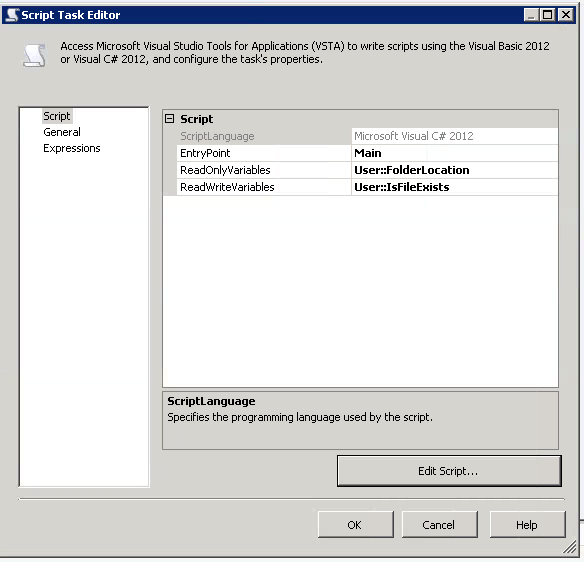 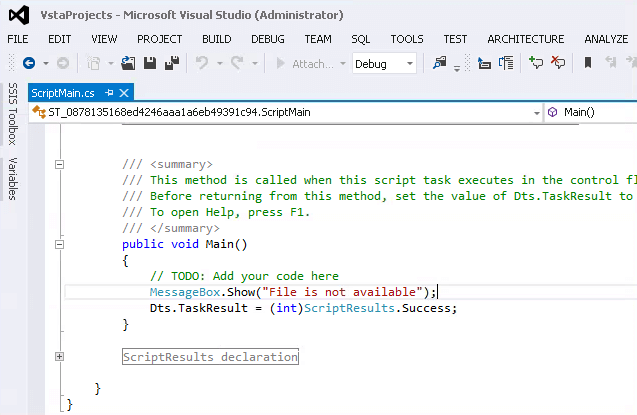 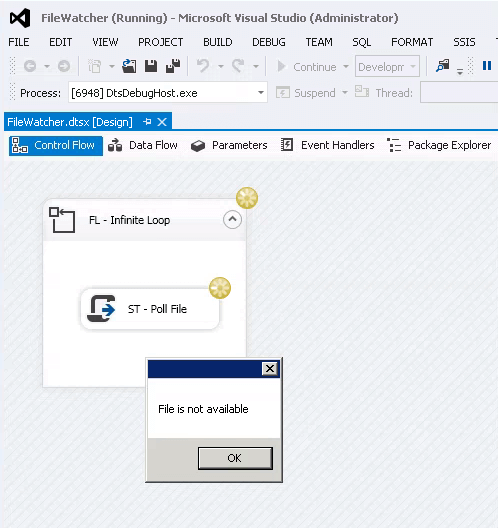 Terminate the package after single iteration

The package can be terminated by setting the flag "IsFileExists"ť to true as shown in the below image. 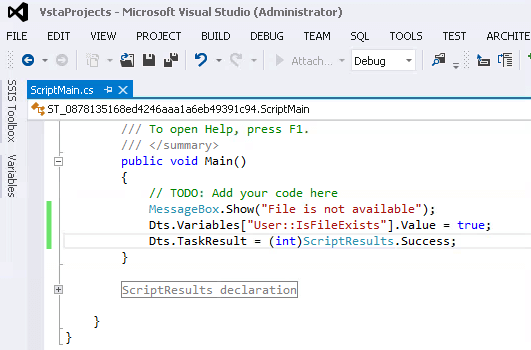 When this runs, the package will complete in the first iteration as per the image below. 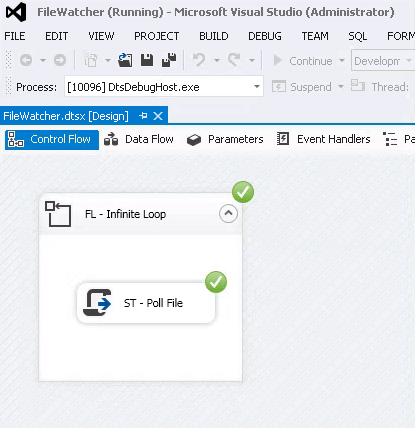 Let's modify the script task to poll a file in the given folder. To use appropriate ".Net assemblies"ť, we need to refer the library "system.io" in the namespaces section. This is highlighted in the image below.

The code will look for a file in the given directory. If found, it will be return the name of the file and the package will terminate. The actual code can be referenced in the below picture 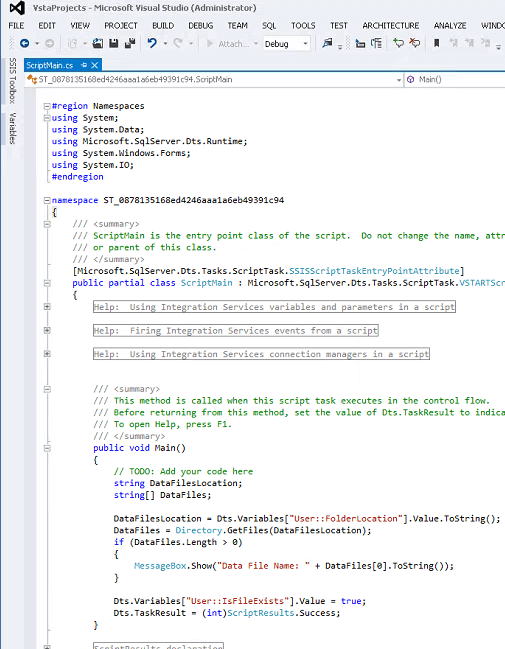 Now let's create a file in the folder location as per the image below. 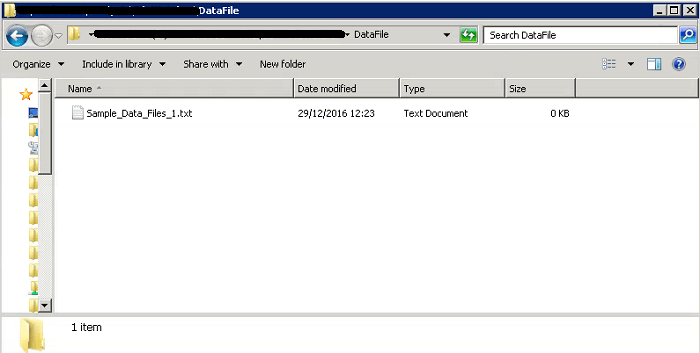 A breakpoint can be set on the code to debug and investigate. During the execution the break point will be hit and the value of the variable can be validated by placing the cursor over the variable. The below picture represents the debug procedure. 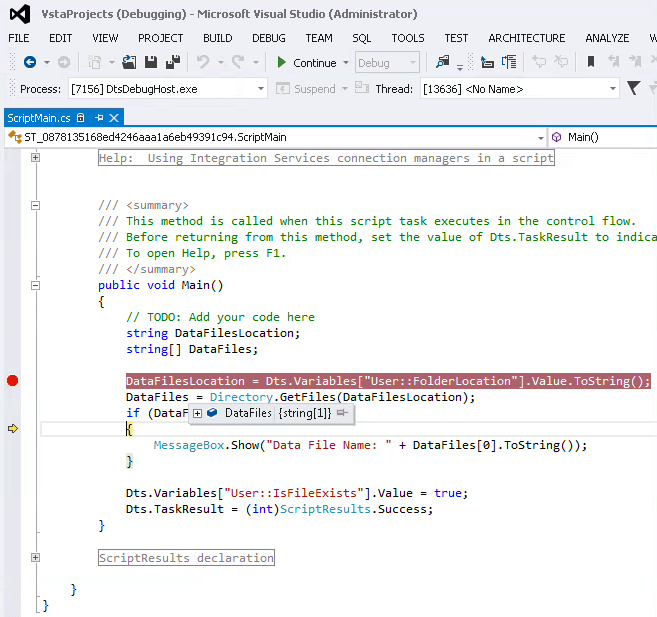 After successful execution, it will display the message box as shown below. (Note you can copy the code further on in the tip.) 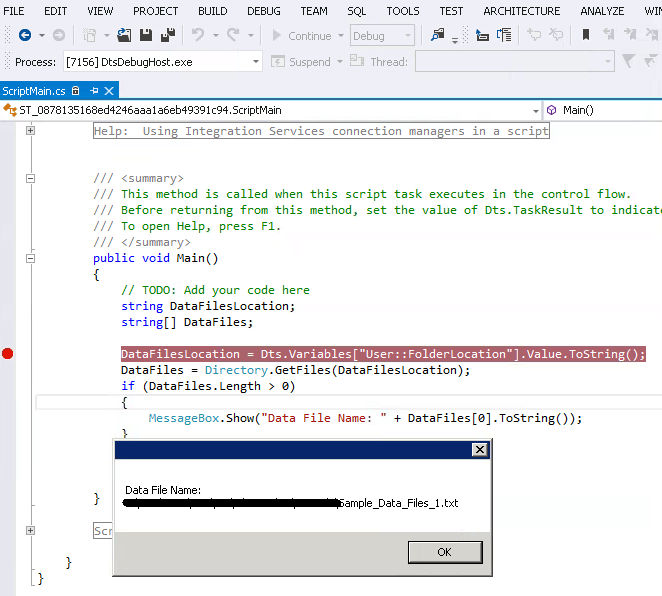 It is possible that the data file may be delivered a little later than the expected, so the package should wait for some time before the next iteration. This can be done by introducing a delay in the script task. We need a new variable to store the value of the delay in milliseconds. The variable has been created and a value of 1000 has been provided. This can be seen in the picture below. 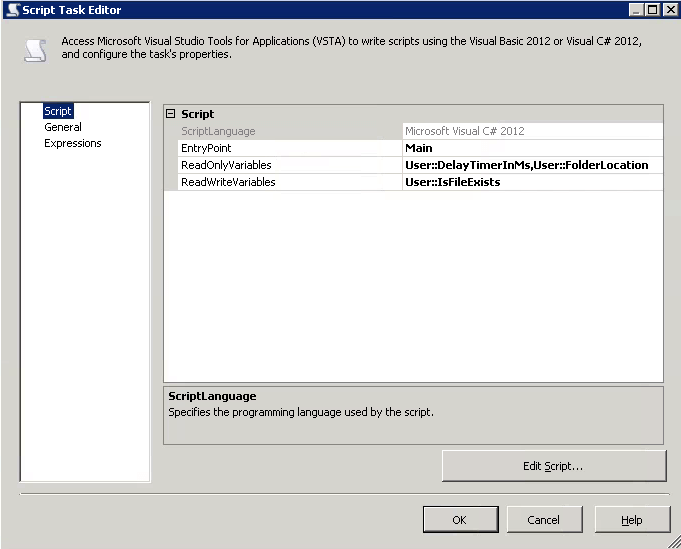 The below represents the modified code to introduce a delay using "Thread.Sleep"ť. 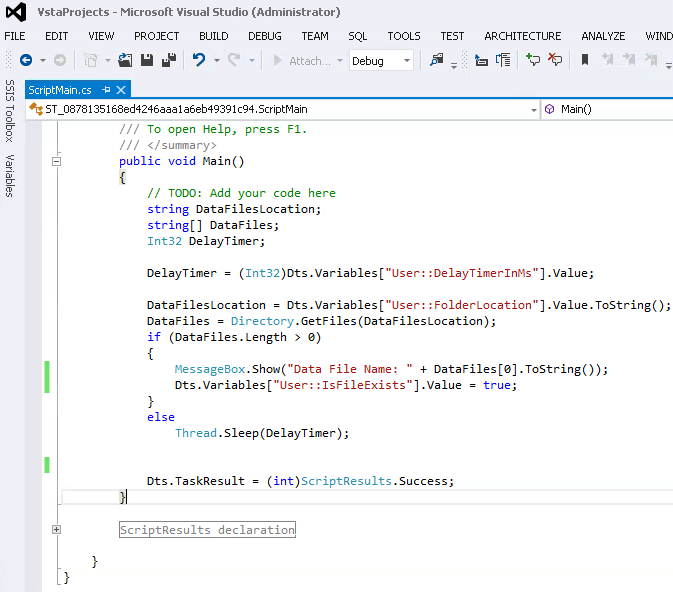 The below image represents waiting after an iteration. 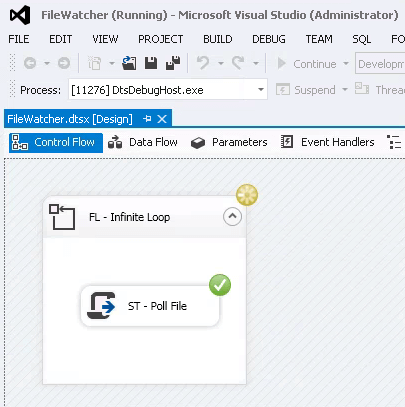 Once a file has been found in the folder, the script task identifies the file and displays the name in the message box. 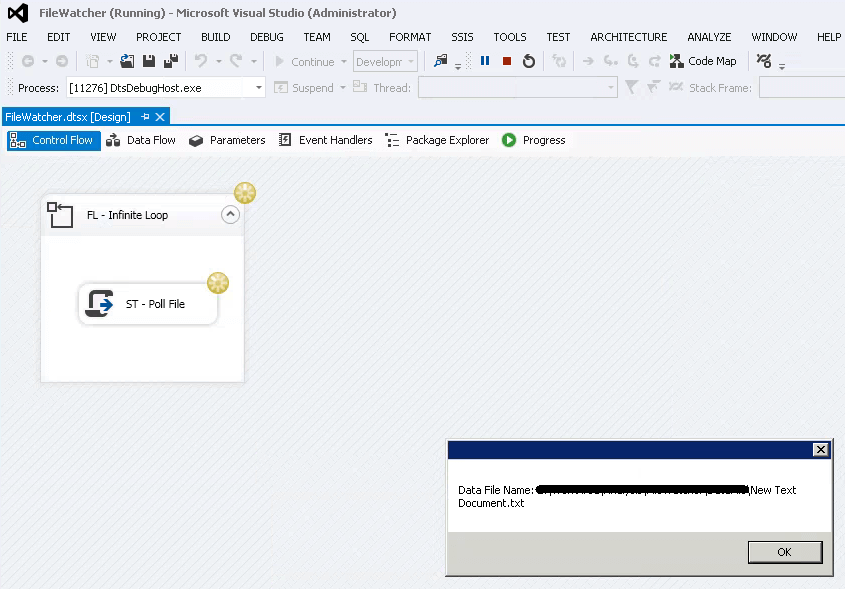 It is always recommended to terminate a package after a period of time instead of having it run forever. This can be managed as mentioned in the scope for improvement section. In addition, a SQL Server Agent Job can be scheduled to run the package again after a specific time interval.