SQL Server 2016 comes with many brand new features for Master Data Services (MDS). One of those new features is the ability to model a many-to-many relationship in a derived hierarchy. In this tip, we'll go over the necessary steps you need to take to set-up such a hierarchy.

As example in this tip, I have multiple users who are responsible for one or more sales regions. A region though can belong to one or more users as well. I created a simple entity to hold the users using the MDS Excel add-in: 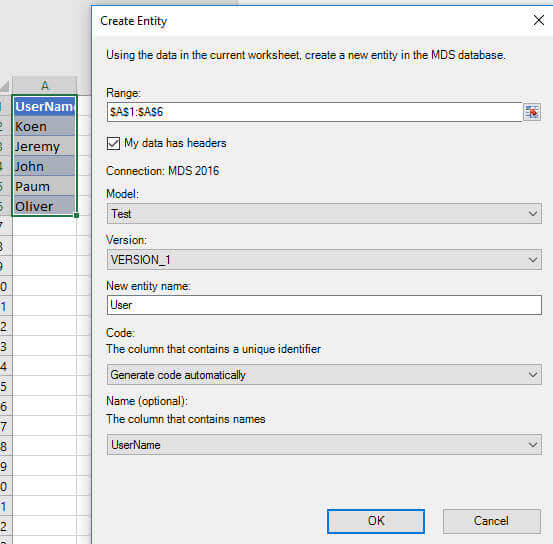 Next I created an entity to hold the sales regions: 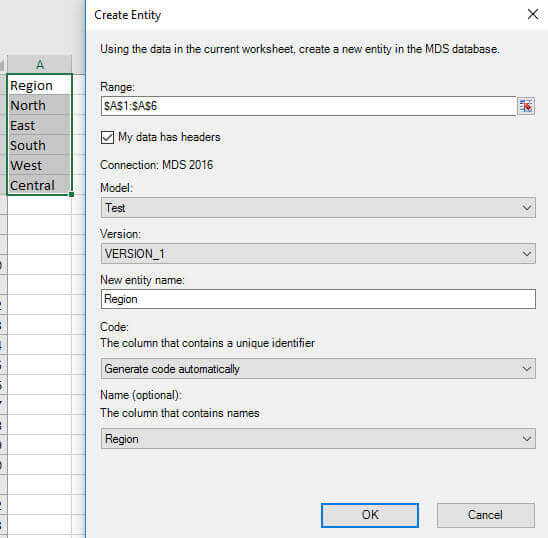 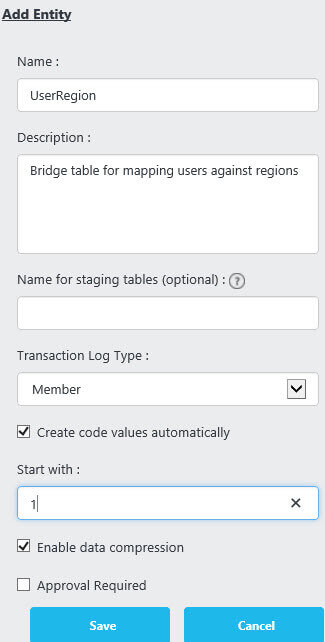 The next step is to add the domain based attribute for User:

Repeat the same steps to add the Region attribute:

Now we can enter the data for the bridge table using the dropdown menus. As you can see below, a certain user can belong to multiple regions and a region can hold multiple users. 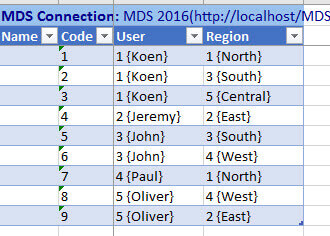 The hard work has been done. Now we only need to create a hierarchy on top of these entities. 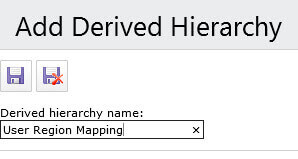 The first step is to drag the User entity to the leaf level of the editor.

MDS will create a hierarchy with a single level, which you can preview at the right. MDS will also automatically scan for relationships with other entities. It has found that Region is related to User, through the bridge entity (as indicated between brackets).

You can now drag the Region entity above the User entity in the editor (at Drop Parent Here). A parent level is added to the hierarchy. In the preview, you can verify that the many-to-many relationship is handled correctly by MDS.

You can also create subscription views on top of a many-to-many derived hierarchy. You can configure the view to have a fixed number of derived levels. In that case, the hierarchy will be flattened. 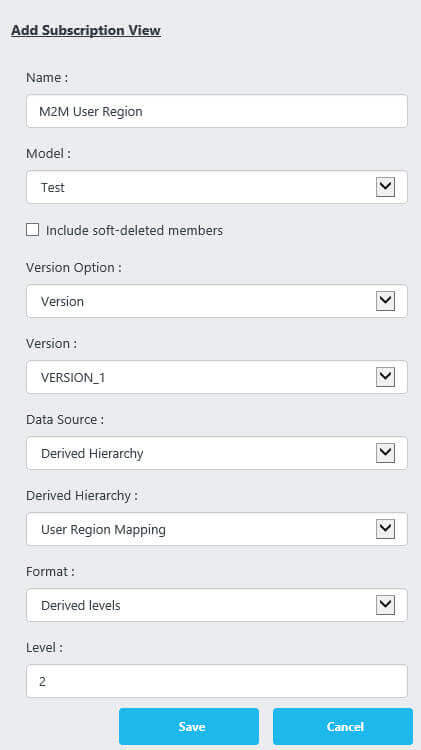 The view returns the data in the following format: 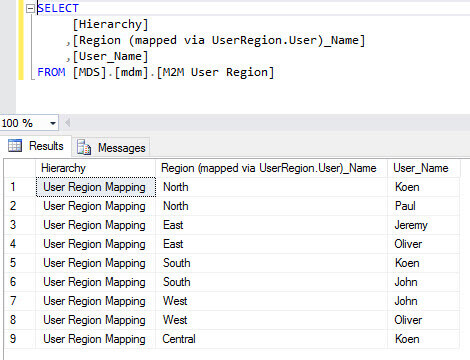 The other option is to create the subscription view as a parent-child relationship. 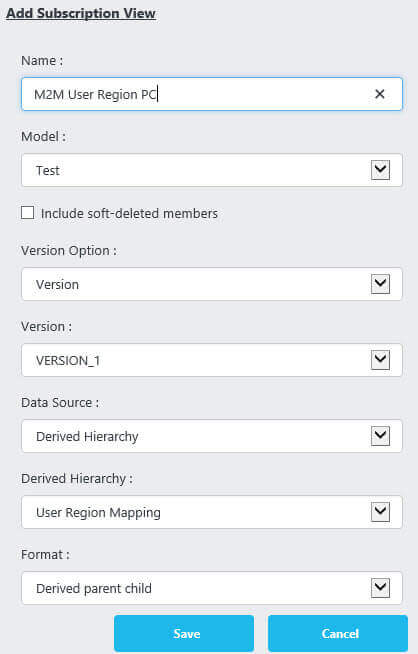 The format of the view is a bit different now: the regions are returned with ROOT as their parent, while the users can be returned multiple times, each time with a single region as parent. This means data can be duplicated, so be careful when loading this data into another system. 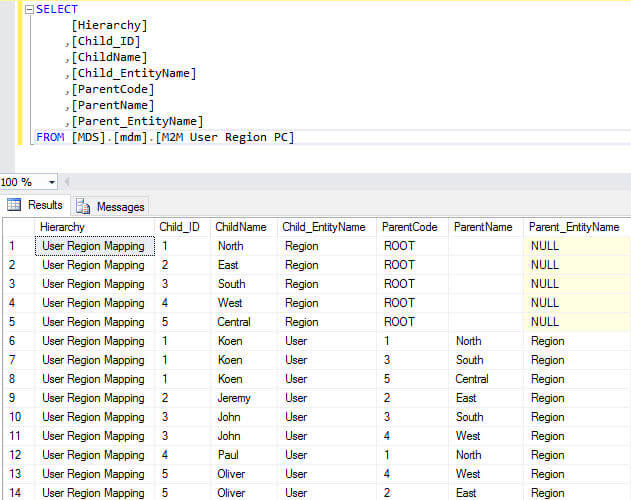 Creating a derived hierarchy on top of a many-to-many relationship is straight forward. You need an entity with domain based attributes for both entities. This entity will function as a bridge table. When creating the derived hierarchy in the editor, MDS will automatically use this bridge entity to determine the relationships.