I have a large Tabular model created in Analysis Services 2016. In most tables I have many different measures or columns and it’s becoming really hard for the users to navigate the model. Is there any way I can group objects together?

Analysis Services Multidimensional has the solution to this problem for years: display folders. You can assign measures or dimensions attributes to a specific folder which makes browsing the model more user friendly. An example from the AdventureWorks sample cube: 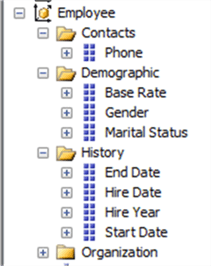 Analysis Services Tabular 2012/2014 didn’t officially support these display folders. However, you could add them by either manipulating the XMLA code of the model directly or by using BIDSHelper.

Luckily Analysis Services 2016 now officially supports display folders, which mean you can configure them easily through the Visual Studio (SQL Server Data Tools) interface. In this tip, we’ll give an overview of this new feature.

Let’s set the display folder for some measures in the WideWorldImporters Tabular model (see the tip Using Calculated Tables in Analysis Services Tabular 2016 for Aggregate Tables – Part 3 for more info). When you select one or more columns, you can set the Display Folder in the property pane: 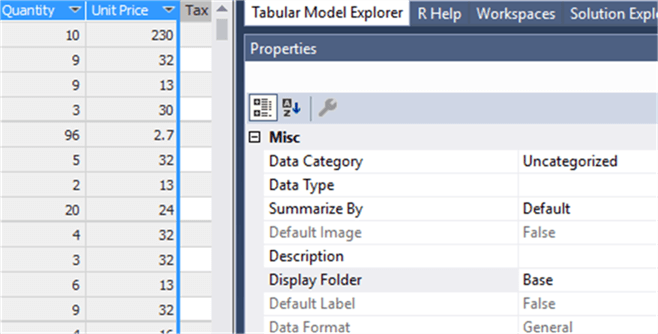 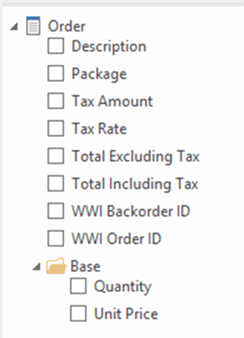 Unlike SSAS Multidimensional, there is no dropdown with existing display folders; you have to type everything manually (or copy and paste of course).

It is possible to assign one single measure or column to multiple display folders. You can do this by concatenating them using the semicolon. Let’s put the Tax Rate column in two display folders:

This gives the following result in Excel: 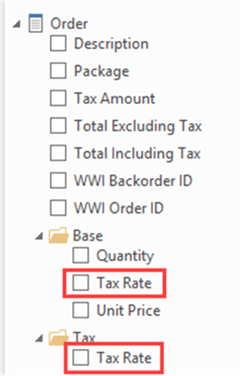 It might be a bit confusing though if the same measures pops up multiple times in the field list. 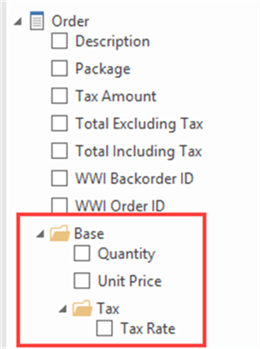 Excel supports display folders as you have noticed previously. However, it will display them in different places depending if the items in the display folder are measures or columns. For example, if some measures are added to a display folder called “Derived Measures”, we get the following:

The display folder is moved to the “Order measure group”, although there’s no such concept in SSAS Tabular. If a display folder contains mixed objects – measures and columns- it will be repeated twice in the field list. The same is true for the browser in SQL Server Management Studio (since that one is still complete based on the Multidimensional layout): 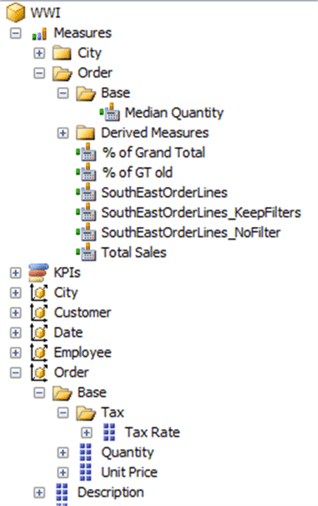 This screenshot was taken with version 17.2 of SSMS. Power BI Desktop however gladly mixes measures and columns together in its display folders: 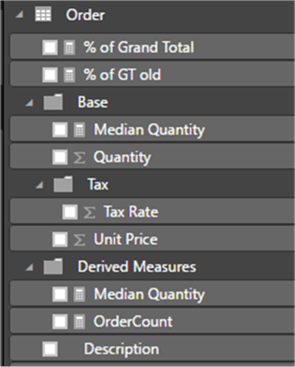 The Reporting Services Query Designer behaves the same way as Excel and SSMS: 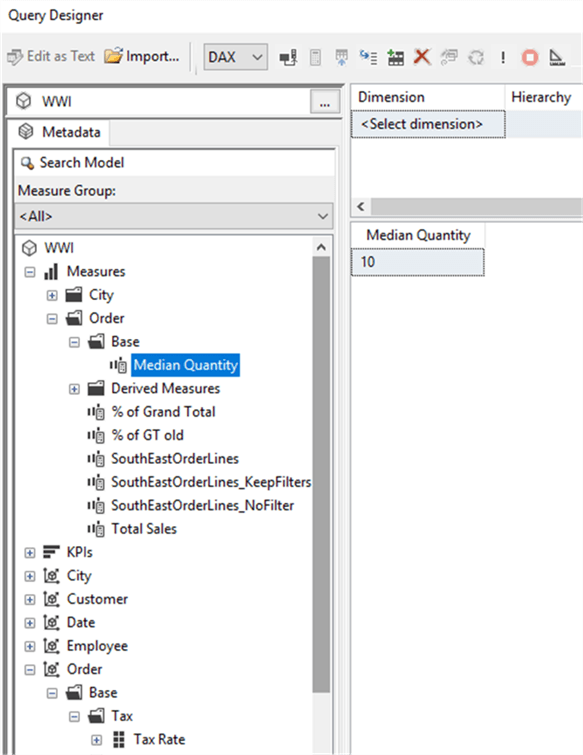 Notice that while the query editor can produce DAX queries (available in the latest version of SSDT), the field list still displays all objects as if we’re dealing with a multidimensional model.

Display folders are nice addition to Analysis Services Tabular 2016 models. They allow you to easily create more structure in your models. It is possible to put objects in multiple display folders or to nest display folders. Depending on the client tool, display folders behave a bit differently for measures.