I would like to import JSON data using SQL Server Integration Services. Are there any default control flow tasks and data flow source adapters available to manage JSON data files in SSIS?

The first important step in the process is to understand the format of the JSON. If you are using Notepad++, then the JSON plugins are a good starting point to learn about different JSON formats.

Let us assume that we have been supplied a JSON file for orders. This JSON file contain two order details and each order has the details such as order id, customer id and order status.

Now let us open this file in the Notepad++ and select the data contents and press Ctrl + Alt+ Shift + J. This will open the JSON viewer and will display the JSON object model.

From the JSON viewer, it is evident that the JSON file has an array of objects. Each object represents an order. The object attributes are representing the details of an order.

It is observed that the supplied JSON file has an object array within the JSON document. An order has three attributes namely OrderID, CustomerID and OrderStatus. 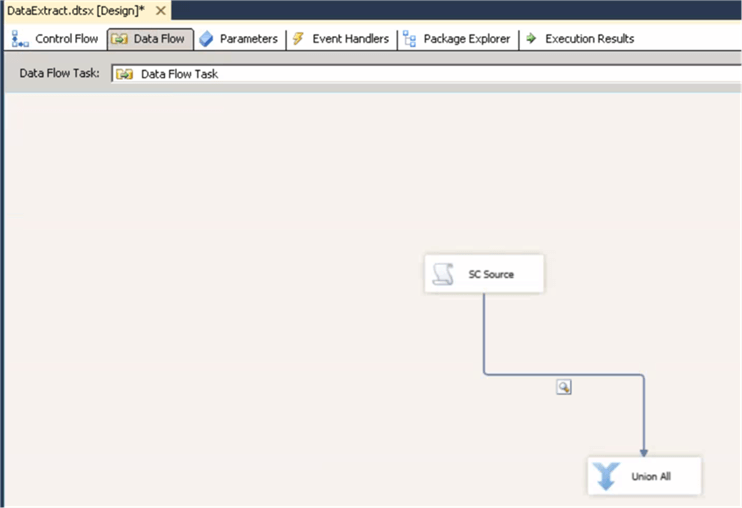 As a first step, let's prepare the script component to generate an order dataset. Let's add the order attributes (OrderID, CustomerID & OrderStatus) as output columns with suitable datatypes as mentioned in the image below. 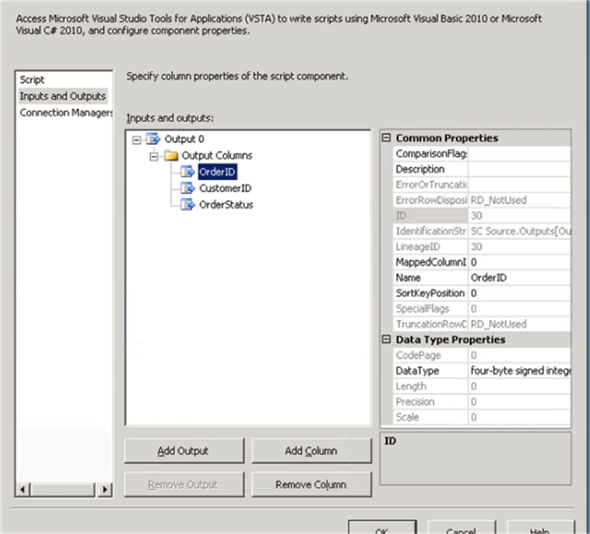 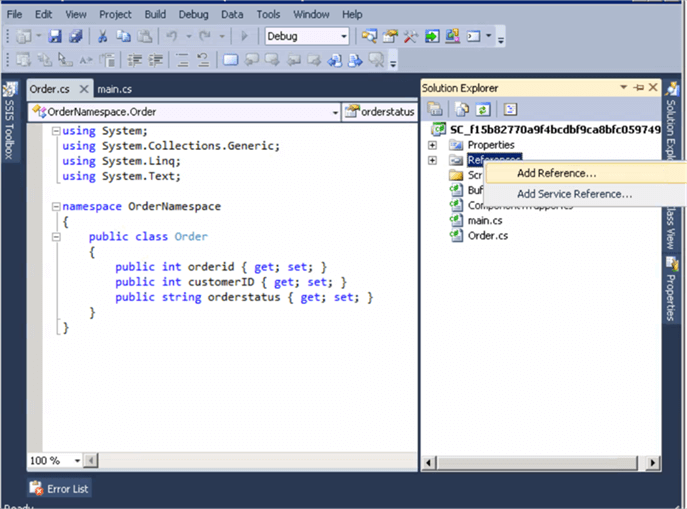 In the dialog box, under the .NET tab, look for "System.Web.Extension" library and select it to add it as a reference. 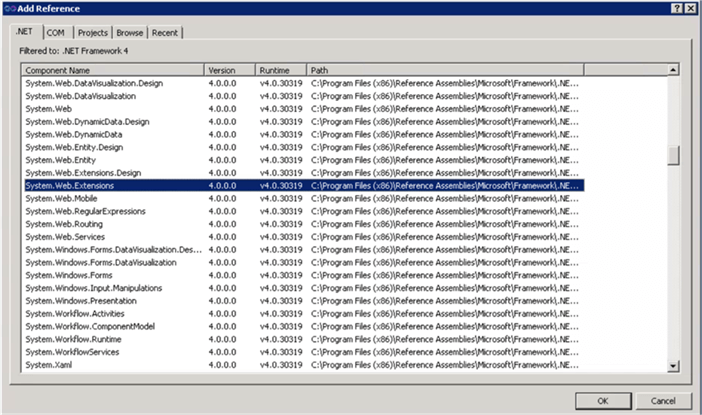 Once done, the library will be visible under the reference section. 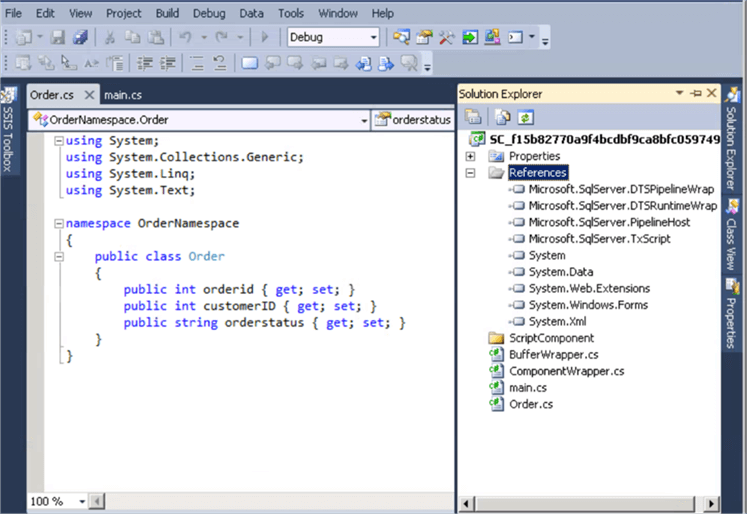 To enable us to use the library, we need to add that in the namespace region as shown in the below image. 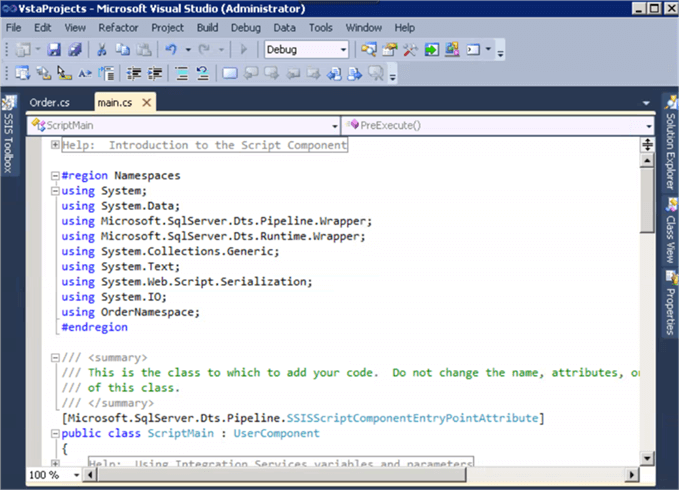 Before we start coding on the C#, let us learn some basics.

Deserialization is a process that helps to transform JSON document to a runtime object. Once the data is available as a runtime object, then it can be parsed by using the .Net libraries.

Now we need to read the JSON file content and deserialize it to convert into runtime object.

A C# class can be created by selecting the project and click Add > Select Class as mentioned in the image below. 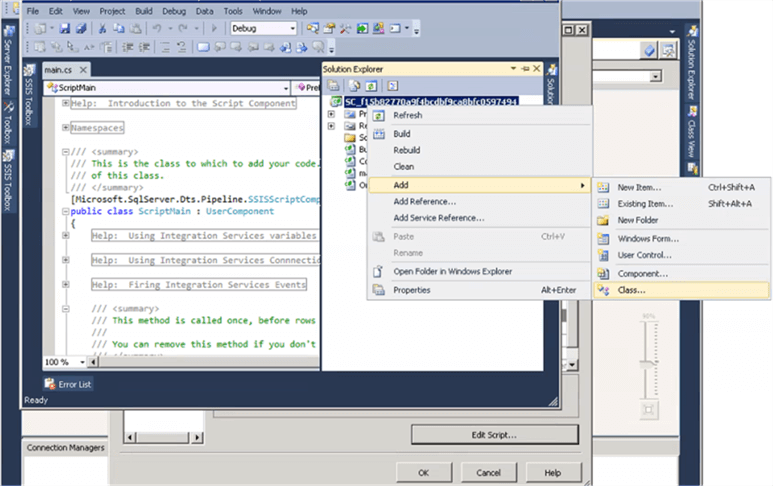 Type the name of the class as "Order". 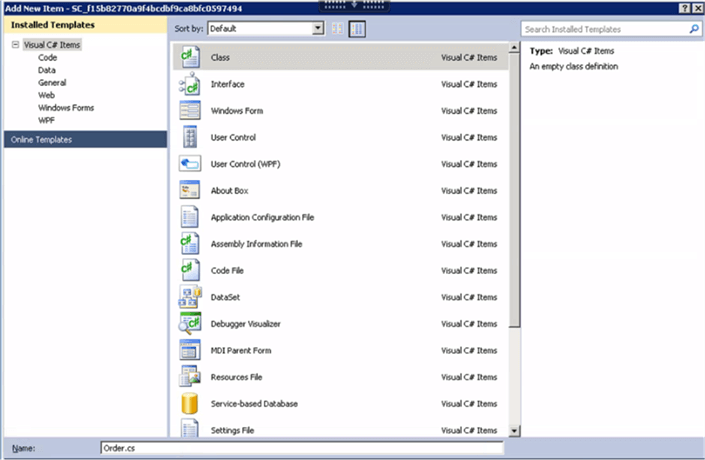 Now we need to rename the namespace as "OrderNamespace" in the class as mentioned below. Also, we need to create an Order class with three properties (OrderID, CustomerID and OrderStatus). 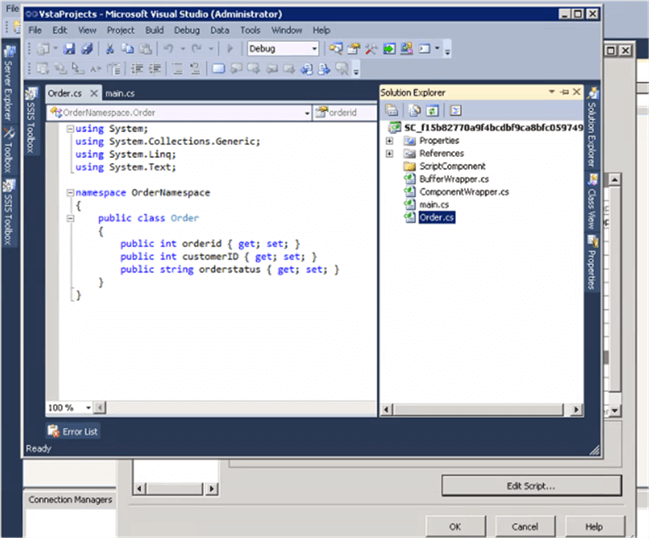 Let's assume that the Orders.JSON file is available in the local folder and let's read the file content into a string using File.ReadallText function. The JavaScriptSeralizaer is an object defined in the System.Web.extension assembly that will be used to deserialize the JSON file content. So, create an instance of the object JavaScriptSerializer. The "Deserialize" function in the JavaScriptSerializer object will deserialize and return a runtime object of type "Order". As the Orders JSON file contains an array the Deserialize function will return a List of type "Order".

Once the JSON file content has been read, the list can be iterated through using a for each loop as shown in the picture below.

As there are two order details in the JSON file, the loop will iterate through two times. In the for each loop the order attributes can be read and provide the output to output buffer. 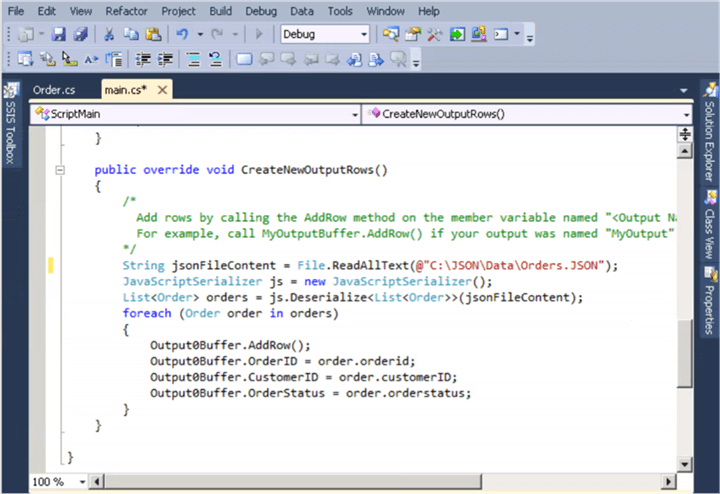 Let's add a union all after the script component and add a data viewer to see the actual data. Now let's execute the package and you can see there are two order details available in the data pipeline. 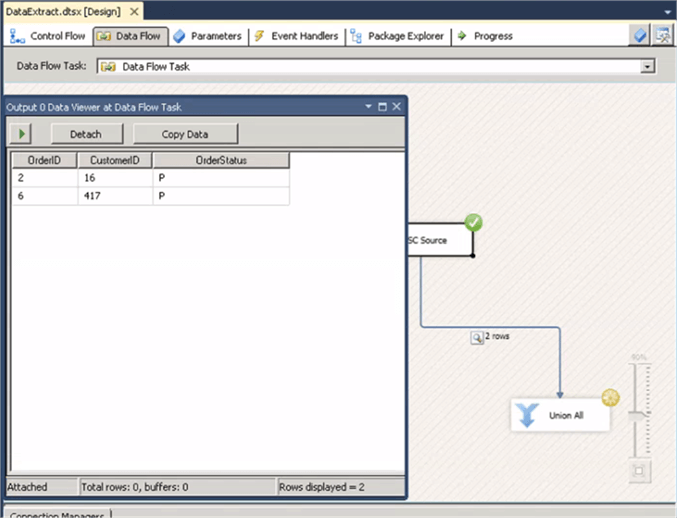