I want to transfer files from an FTP server to my local server. The server is an SFTP server however, so I can’t use the Integration Services FTP task. How can I resolve this?

In this tip, we’ll use the free tool PSFTP (from the PuTTy software family) in combination with SQL Server Integration Services (SSIS) to download a file from an SFTP server.

When you want to transfer a file with SFTP, you need an SFTP server of course. The SolarWinds SFTP server is free to use and easy to set up. In the settings, we configure the root directory of the SFTP server, which is a folder on your hard drive: 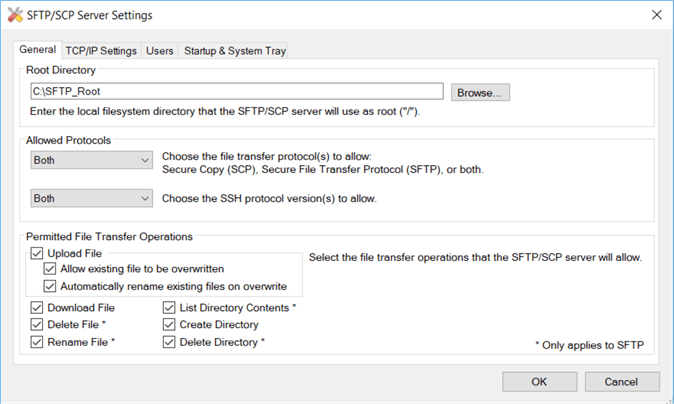 In the TCP/IP settings, you can optionally change the port: 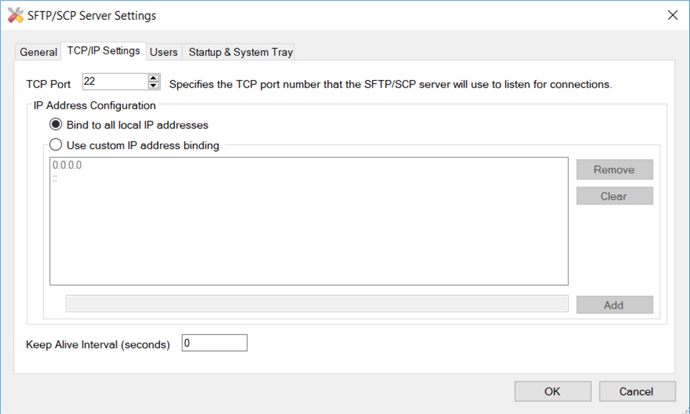 In the Users tab, we add a user called MSSQLTIPS and we specify a password: 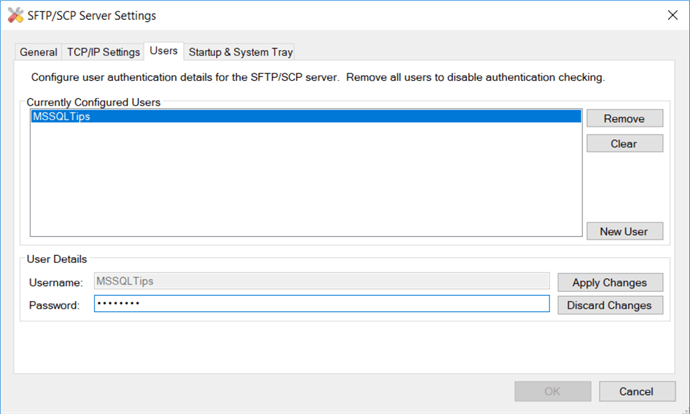 Click OK to exit the settings. Don’t forget to actually start the SFTP server. You might need administrative permissions to do this. You can also start the service from the Windows Services Manager (services.msc).

As the last step of the test set-up, we place a random file in the root directory. This file will be “downloaded” by SSIS and PSFTP:

Add a new package to your SSIS project. On the control flow, add an Execute Process Task. This task will call the PSFTP executable.

Open the editor of the task. Configure it as follows: 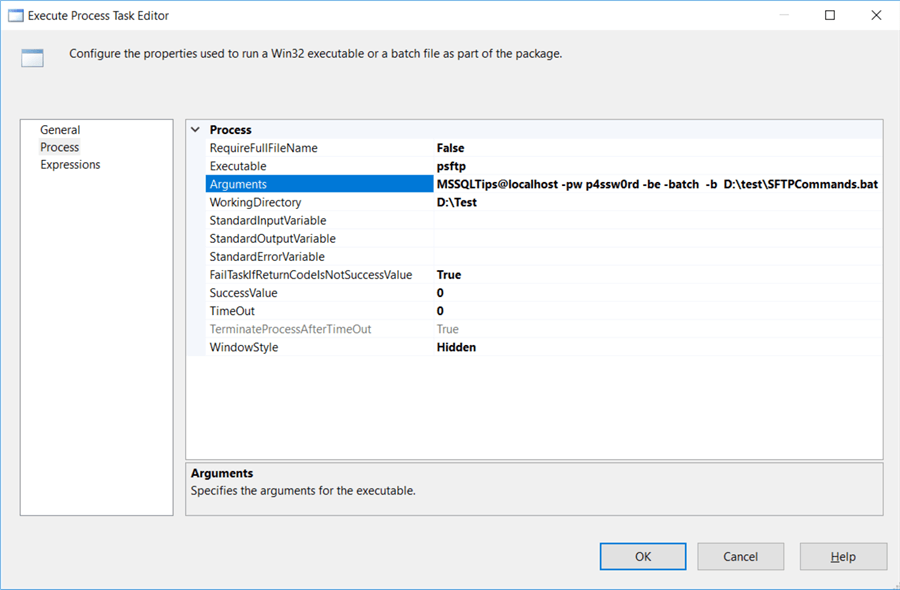 A full list of all the arguments you can pass to psftp (including how to specify an alternative port) can be found here. The contents of the batch file SFTPCommands.bat are the following:

With the command cd, we specify the directory on the SFTP server we want to browse to. With the get command, we indicate which file we want to download to our working directory.

The Execute Process Task will give a warning when the psftp is not located in the working directory:

Let’s test the package. After running it, you should see the file in the working directory:

You can also verify on the SFTP server itself:

Deploying the Package to a Server

Normally you’re not going to run the package manually, but rather schedule it on a server. In this tip, we’ll use SQL Server Agent to schedule the package. There’s a bit of prep work that needs to be done:

Deploy the SSIS package/project to the SSIS catalog on the server. Create a SQL Server Agent job and use an SSIS job step to schedule the package: 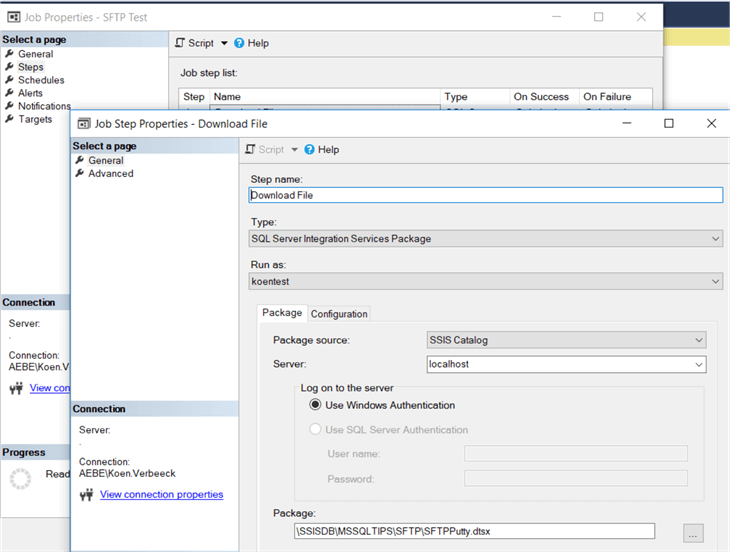 When writing this tip, the job failed when executing the package. The logging in the SSIS catalog didn’t have anything useful to say:

To start debugging a scenario like this, we can write the output of the PSFTP process to a log file, instead of relying on the SSIS logging. We need to slightly modify the Execute Process Task, as explained in this MSDN blog post. To redirect the output, we use the cmd executable, which calls the PSFTP executable with the /C switch:

At the end of the arguments, we specify log.txt as log file. When executing the package in SSDT, we get the following result:

Let’s deploy the package to the server and run the job again. As expected, the job fails, but the log is empty as well!

There’s also no activity logged on the SFTP server, so something goes wrong before PSFTP contacts the server. Let’s try something else. Instead of using an SSIS package in a job, let’s call PSFTP directly from a Operating system (CmdExec) job step:

This job will also fail, but when we check the error messages in the job history, we see something interesting:

So, this is the reason the SSIS package fails on the server: the connection is abandoned because server’s host key isn’t cached in the registry. If you would run PSFTP interactively, it would ask you if you would like to cache it and then it would move on. However, because we are running in batch mode, there is no interactivity so the connection is immediately abandoned. The solution to our problem would be to turn off batch mode, but how can we respond with “y” on the question if we want to cache they key, when the package is run unattended on a server?

The answer lies into redirection. Just as we redirected the output to a log file, we can redirect the contents of a file into the batch process. All we need is a simple flat file containing the character y.

Now we need to adjust the Execute Process Task so we can “answer” the cache question:

Don’t forget to remove the -batch switch. Deploy the package to the server and run the job again. This time the file transfer will succeed. 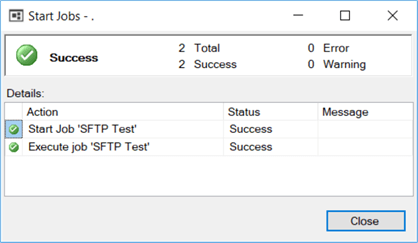