Total Server Memory (KB) is the current buffer pool size that SQL Server has allocated to itself. This performance counter indicates the operational used memory at that point in time.

To understand the two counters and SQL Server maximum memory setting, this tip provides five different scenarios in a test environment as shown below.

The Lock Pages in Memory privilege is not granted to the SQL Server service account, and the Windows Operating System has plenty of available physical memory throughout our testing. 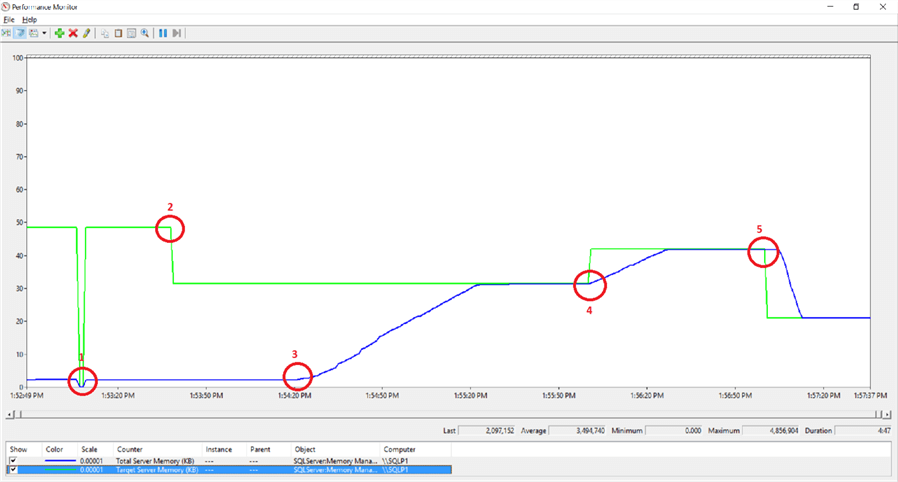 We will first create a database to run our workload.

We will run the batch script below to force SQL Server to ramp up its buffer pool allocation. The principle is simple, each row insertion in the script below will occupy one 8K data page into the SQL Server buffer pool. We will insert 10,000 rows in a loop into a table, then truncate the table and repeat.

We will execute the script below to lower the SQL Server maximum memory to 2 GB. This is not a good practice and is not an action that you would perform especially in your production SQL Server.