Identity columns are a widely used technique to provide a table with an automatically generated (AKA auto-increment surrogate key), but this technique has its caveats in terms of performance and there are some interesting differences between Microsoft SQL Server, Oracle and PostgreSQL.

As always, we will use the GitHub freely downloadable database sample Chinook, as it is available in multiple RDBMS formats at this link: https://github.com/cwoodruff/ChinookDatabase. It is a simulation of a digital media store, with some sample data, all you have to do is download the version you need and you have all the scripts for the data structure and all the inserts for data.

In SQL Server, identity columns are widely used, they can be defined when a table is created or added later to a table.

So, let's create a new table in a SQL Server database that will hold Supplier data with an identity column with the CREATE TABLE statement below. The identity column is an INT data type, with a starting value of 1 and a seed value of 1. Here is the T-SQL code: 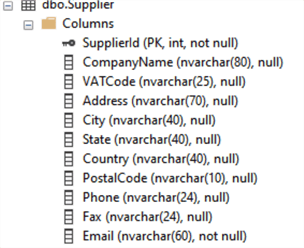 In this script, I created a column SupplierId as an identity giving it a seed (first number) of 1 as the first parameter and an increment of 1 as the second parameter. That's it, very easy!

As I mentioned before an identity column can be added to a table after it's been created and that's easy if we add it as a new column. If we add it to an existing column, it's not so simple if the column is not empty and we'd like to preserve values, I will return to this later.

In Oracle, identity columns were introduced for the first time in Oracle 12 C. Before that release, sequences were used to obtain a number to insert into the column. 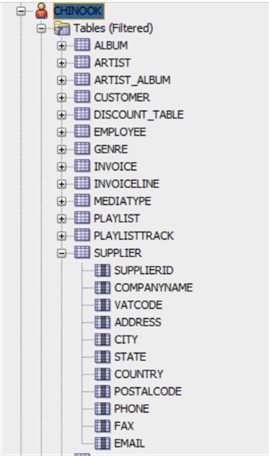 As you may have noticed, we have different syntax, GENERATED ALWAYS AS IDENTITY.

The three possibilities are:

We have some interesting parameters which are directly inherited from Oracle sequences and that is a clear clue of what's going on under the hood with identity columns in Oracle. The parameters are START WITH, INCREMENT BY and CACHE. The first one is equivalent to the SEED of SQL Server, as well as INCREMENT BY. A really interesting parameter here is CACHE, which has no equivalent in SQL Server. In fact, there is a cache for identity numbers for SQL Server, but you cannot specify how many numbers are cached. In Oracle, this is inherited from sequences and it is possible to assign a specific range, in this case we have 50, the default is 20 like in Oracle sequences. That is very important for performance, but also tricky as it can lead to gaps in the identity column values. I will return to this subject later.

In PostgreSQL we have syntax and parameters almost identical to Oracle. Also, in PostgreSQL it is inherited from sequences and in particular before version 10 it was accomplished using the SERIAL parameter, anyway here's the syntax. 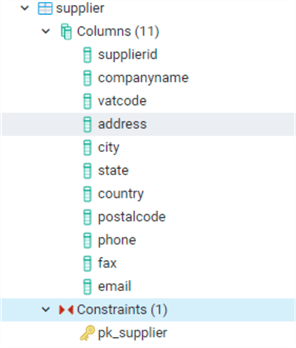 All the considerations made for Oracle are also valid here, plus a difference in cache handling that makes the possibility of gaps even greater. In PostgreSQL, multiple sessions that insert values in the table each use their own cache pool. This is very important and different from the other two RDBMS.

Let's check it out with the following example of two INSERT statements. If we have 2 sessions inserting data with the cache set to 50 this is what is going to happen.

Let's see what new records we have in the table.

You can see that the second session started from 51, as the first batch of 50 numbers were already assigned to the first session. That can obviously lead to some huge gaps in the numbers assigned to the identity column. For some applications that can be a problem. It is important to note that that this behavior in PostgreSQL is valid true for both identity columns and sequences.

First of all, we tackle the GENERATED ALWAYS AS IDENTITY which is a parameter not present in SQL Server, in fact, this is the default behavior of SQL Server. An identity column in SQL Server always generates a number.

But is it possible to manually insert a value in that column? The answer is yes, let's demonstrate it.

First, we try to insert a new row in the table Supplier that we created before, trying to add the SupplierId value.

The following error is expected, since this is an identity column and we cannot insert a value since it is always automatically generated. We see that the error already gives us a hint on what to do.

So now let's turn on the IDENTITY_INSERT property that will enable us to insert the value.

And repeat the insert.

This property can be turned off if we do not need it anymore and we want to prevent accidental inserts.

Let's try it on Oracle. In order to allow the possibility to insert a value in the identity column in Oracle we must issue an ALTER TABLE and modify the column, but first let's try to insert a new row in the table as is.

And retry the insert.

Pretty much the same thing as in SQL Server even though it is done a little differently.

Let's try on PostgreSQL. Here we have a similar approach as in Oracle, but with a different syntax in order to modify the column.

Let's start by trying to insert a new row with the SupplierId column value specified.

Now let's do the ALTER TABLE in order to modify the column, please note that the syntax in PostgreSQL is different than Oracle.

And reissue the insert.

Let's check again the contents of the table.

Please notice that PostgreSQL was suggesting to use OVERRIDING SYSTEM VALUE, so let's try it!

First, we go back to the initial state of the table modifying the supplierid column.

So, we've seen that there is also another possibility to insert data in an identity column in PostgreSQL.

But is it possible to change the seed after the identity column is created? Of course, yes! For this purpose, commonly referred to as "reseed", we use DBCC CHECKIDENT. Let's do an example modifying the SupplierId column and letting it start from 10.

Let's check the setting, introducing an important function that returns the last inserted value in an identity column, IDENT_CURRENT. Please notice that in all these functions the identifying parameter is always the table name, that's because in SQL Server (and also on the other two RDBMS) you can define only one identity column for a table.

The same could also be done using DBCC CHECKIDENT, but this time with the option NORESEED that reports only the current value of the identity column.

As I wrote above in Oracle the parameter START WITH option defines the number on which the identity column should start, this can be defined when the column is created and also changed afterwards issuing ALTER TABLE.

Now let's try to see the value of the identity column. In Oracle, unfortunately there is no equivalent to the IDENT_CURRENT function, but we can use a workaround. First we need to obtain the name of the sequence used by the identity column, that can be done with the following query. 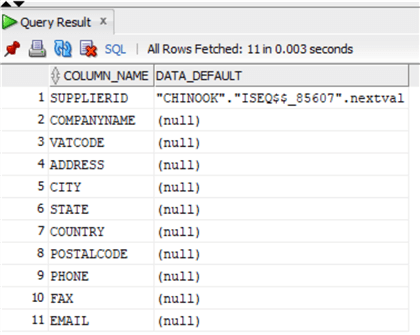 Now that we have the sequence we can easily check the current value.

Note that if the sequence has not been used in the session you will get this error.

As suggested by the error message you can fix this by using NEXTVAL instead of CURRVAL.

In PostgreSQL we have basically two ways to change the value that an identity column starts. One is to issue an ALTER TABLE and modify the column as in Oracle, the other is to use the SETVAL function as in a normal sequence in PostgreSQL.

I want to show this later method so in order to modify the Supplierid column like with the two other RDBMS we need to get the name of the sequence using the PG_GET_SERIAL_SEQUENCE function and then issue SETVAL all in the same SELECT.

Please note that the SELECT returns results for each row currently in the table, but the value of the Supplierid column in those rows has not been changed.

Now we can check the current value of the identity column using function CURRVAL in a way similar to what we did in Oracle.

However, there is a very nice workaround using SWITCH partition between the old table with the identity column and a new table, bearing in mind that all tables are partitioned: at least they each have one partition! This technique is also very useful for other modifications especially on large tables. I will not explain it here because there is already an article with examples here: How do I change the increment of an identity column.

In Oracle we can use ALTER TABLE MODIFY COLUMN like we used for the START parameter, let's change the increment of supplierid column to 3.

And take a look at what is in the table.

Remember that in the last example we changed the start of the identity column to 100, so incrementing it 3 units counting the 100 gives us a value of 102.

To be extra sure this is the case, let's insert another row and check the results. This time the supplierid is 105 as expected.

In PostgreSQL we have a similar way to accomplish this task as in Oracle, we just issue an ALTER TABLE ATER COLUMN.

Let's test it by inserting a new row.

And check the data.

Note that in the last PostgreSQL example we changed the identity column to start from 100, that is why we have a value of 103.