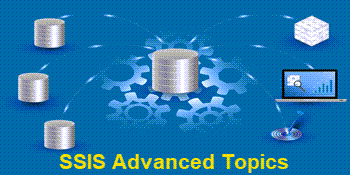 We have a number of SSIS packages that routinely fail for various reasons such as a particular file is not found, an external FTP server is unavailable, etc. In most cases these error conditions are just a temporary situation and we can simply rerun the package at a later time and it will be successful. The issue, however, is that we do not want to rerun the tasks in the package that have have already completed successfully. Is there a way that we can restart an SSIS package at the point of failure and skip any tasks that were successfully completed in the previous execution of the package?

The starting point for implementing Checkpoints in a package is with the SSIS package properties. You will find these properties in the Properties window under the Checkpoints heading:

After setting the Checkpoint SSIS package properties, you need to set these properties under the Execution heading at the individual task level: 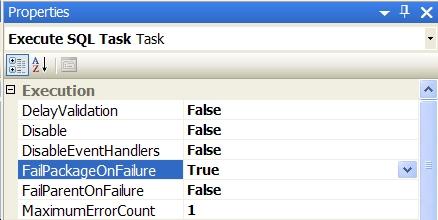 Keep in mind that both the SSIS package Checkpoint properties and the individual task properties need to be set appropriately (as described above) in order to implement the restart at the point of failure behavior.

Before wrapping up the discussion on Checkpoints, let's differentiate the restart from the point of failure behavior with that of a database transaction. The typical behavior in a database transaction where we have multiple T-SQL commands is that either they all succeed or none of them succeed (i.e. on failure any previous commands are rolled back). The Checkpoint behavior, essentially, is that each command (i.e. task in the SSIS package) is committed upon completion. If a failure occurs the previous commands are not rolled back since they have already been committed upon completion.

Let's wrap up this discussion with a simple example to demonstrate the restart at the point of failure behavior of Checkpoints. We have an SSIS package with Checkpoint processing setup to restart at the point of failure as described above. The package has two Execute SQL tasks where the first will succeed and the second will fail. We will see the following output when running the package in BIDS: 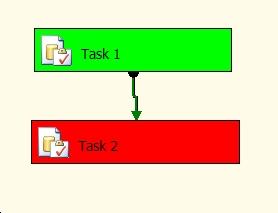 Task 1 is green; it executed successfully. Task 2 is red; it failed. If we run the package a second time we will see the following output: 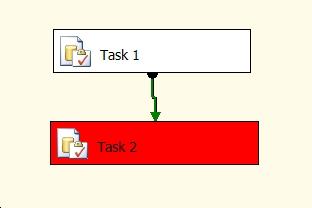 Notice that Task 1 is neither green nor red; in fact it was not executed. The package began execution with Task 2; Task 1 was skipped because it ran successfully the last time the package was run. The first run ended when Task 2 failed. The second run demonstrates the restart at the point of failure behavior.