Configuring MS DTC in Windows Server 2003 clusters as defined in this Microsoft KB article is not pretty straight-forward. Windows Server 2008 made it simpler by providing a more straightforward process with fewer steps and less configuration.

To install and configure MSDTC: 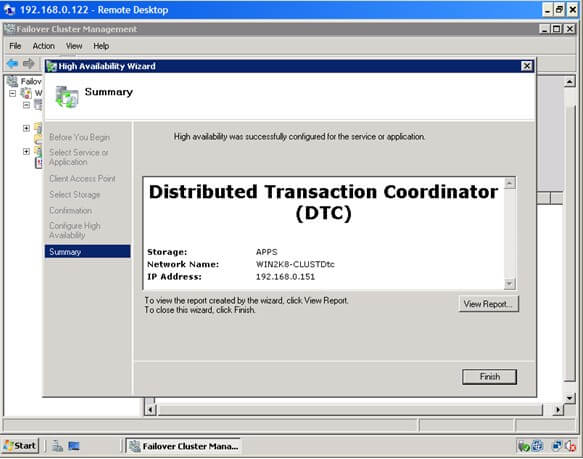 You can validate your installation of MSDTC by expanding the Services and Applications node and check the cluster name of MSDTC. Make sure that all of the dependency resources are online 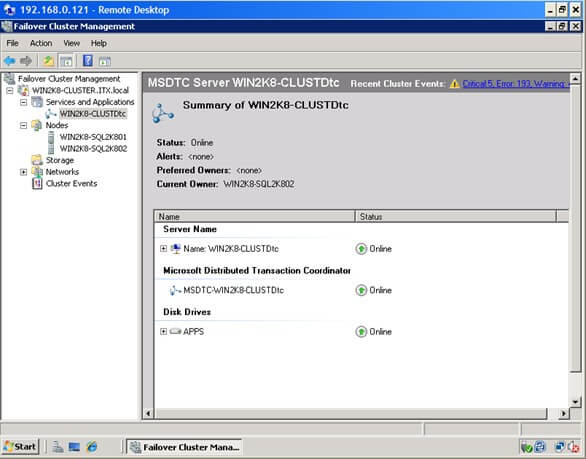 You've gone this far, don't stop now. Only after we have managed to prepare everything can we proceed to install SQL Server 2008 on this cluster. Since we've already installed .NET Framework 3.5 with Service Pack 1 and Windows Installer 4.5 from Part 1, we no longer have to worry about them as they both are prerequisites whether you are doing a single server or a cluster installation. There are two options to install SQL Server 2008 on a cluster. The first one is by using the Integrated failover cluster install with Add Node option and the second one is the Advanced/Enterprise installation option. The process outlined below will take into account the first option.

At the completion of a successful installation and configuration of the node, you now have a fully functional failover cluster instance. To validate, open the Failover Cluster Management console, and click on SQL Server (MSSQLSERVER) under Services and Applications. Make sure that all dependencies are online 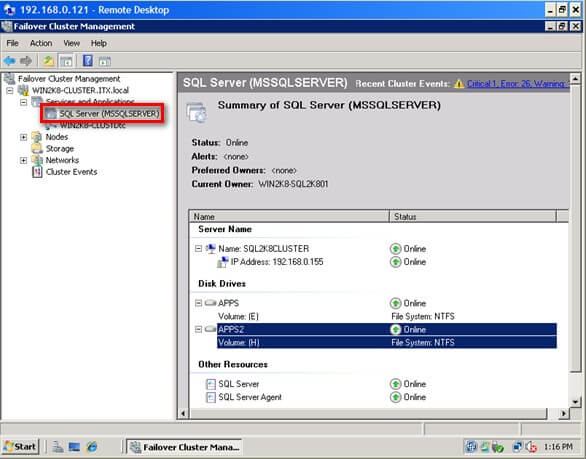