The installer had shown me the following warning message at the very beginning:

This was fairly straightforward - I was going to install SP3 as part of post-installation configuration anyway, so I decided to move forward with "Run Program".

Next came the .NET Framework setup part: the following message was shown, which was also expected:

I was then expecting the setup program to finish extracting and installing the required packages, but halfway through the following message-box popped up:

After clicking OK, another message followed:

Clicking OK then quit the installer, leaving me wondering what went wrong. A bit of researching allowed me to understand the reason. The error was caused by the fact that although Windows Server 2008 R2 ships with .NET Framework 3.5, it's not installed/enabled by default. To make things work, it has to be added as a feature.

Just to be sure on my part, I looked for the following registry key:

HKEY_LOCAL_MACHINE\Software\Microsoft\.NET Framework Setup. The version listed under the NDP folder showed a value of 2.0 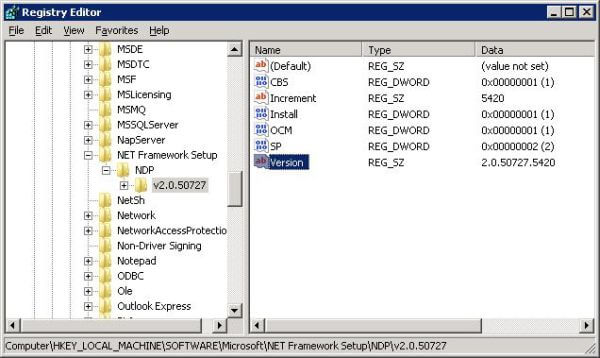 I then started the Server Manager by going to Start > All Programs > Administrative Tools > Server Manager. Selecting the Features node on the left side navigation pane showed a link on the right side detail pane "Add Features" 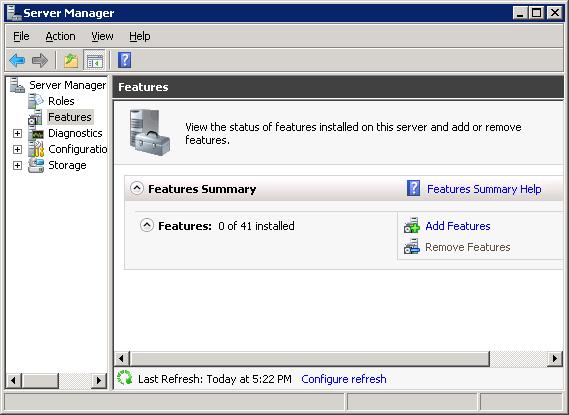 As I clicked on it, the following screen appeared: 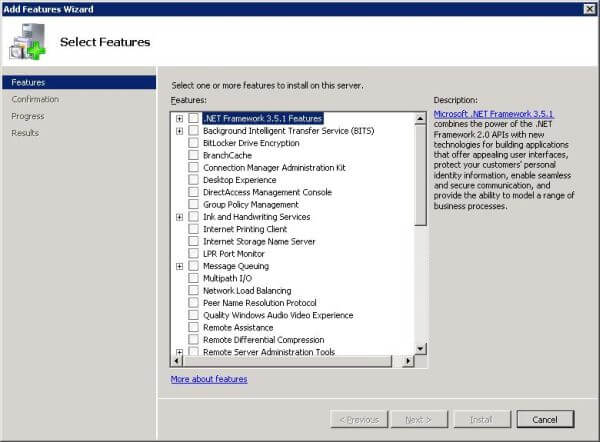 I knew what features I wanted to have installed. Selecting the check box for ".NET Framework 3.5.1 Features" and clicking  on "Install" took me to the following screen: 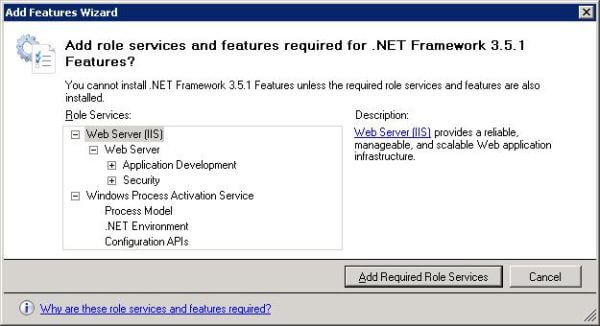 As I agreed to add the required Role Services,  the next few steps were intuitive: 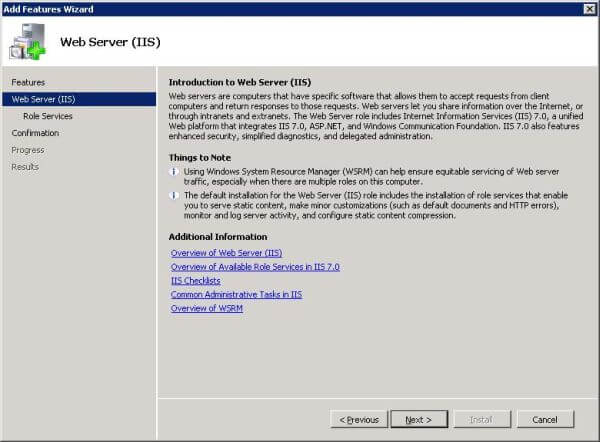 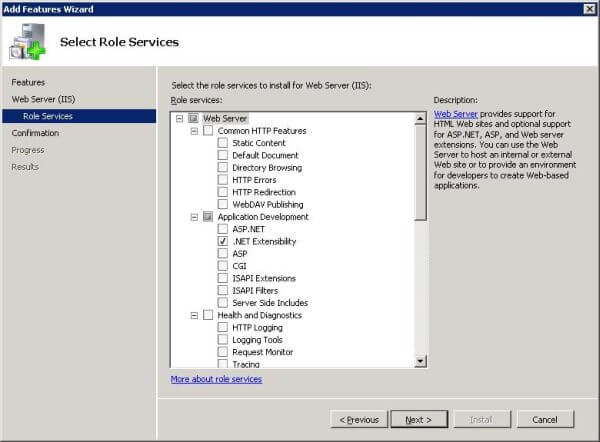 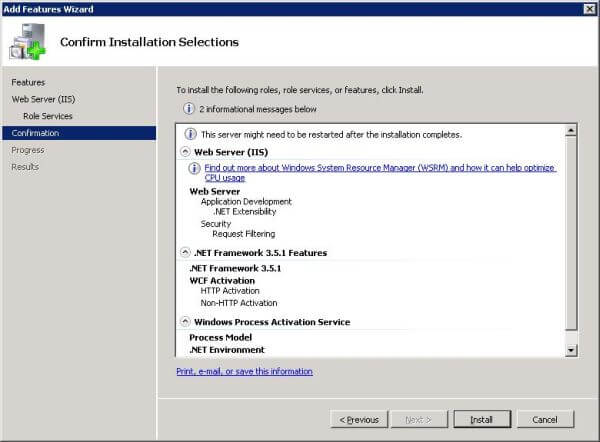 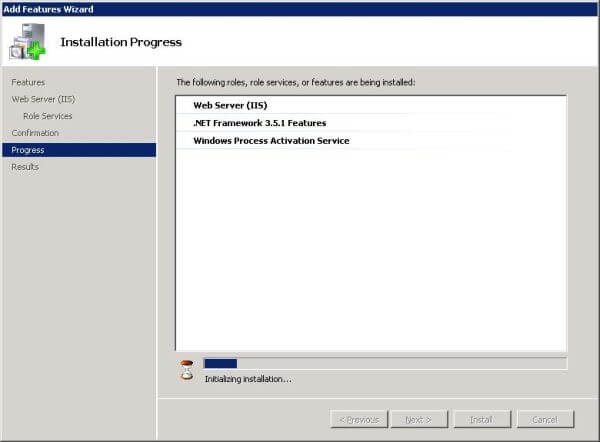 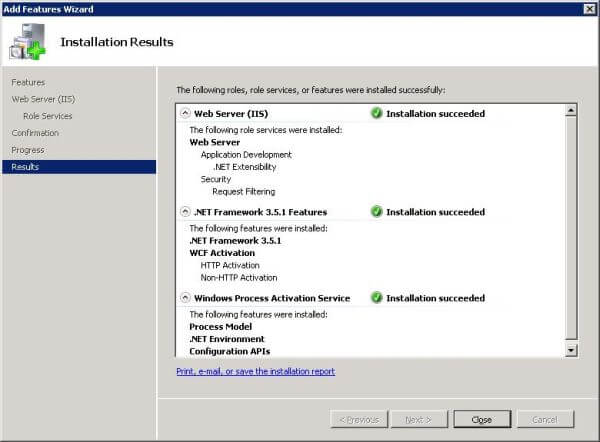 I then decided to check the registry values again. This time, it showed the version 3.5 folder: 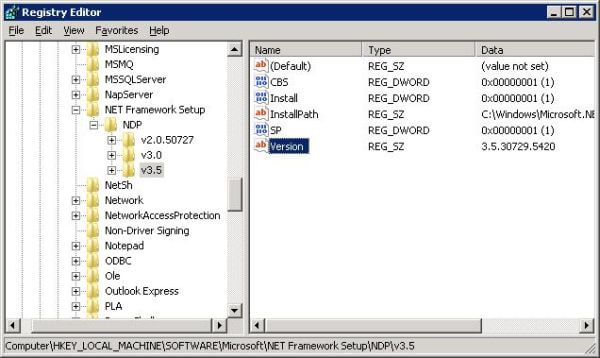 I was then able to proceed with the regular installation of SQL Server and the Service Pack installation after that.