Ever get tired of assigning server level permissions by adding a login to a predefined server fixed role and then assigning multiple permissions to that login?  In SQL Server 2012 you now have the ability to create a User Defined Server Level Role.

In this tip I will show you how to create user defined server roles using T-SQL and SQL Server Management Studio.

What Permissions Can Be Assigned

First, to view the list of permissions that can be assigned to a user defined server role run the following query:

Create a Server Role in T-SQL

To create a server role called "juniordba" use the following:

Next we will create a login called Brady and then add it to the new juniordba role that was created:

We haven't added any permissions to the server role, so Brady shouldn't have access. To test this we can login as Brady and run the following query:

As you can see we get the following error message:

Next, I'll assign permissions to the server role that will allow Brady to run DMV's.

After running the query again using login Brady we get the following: 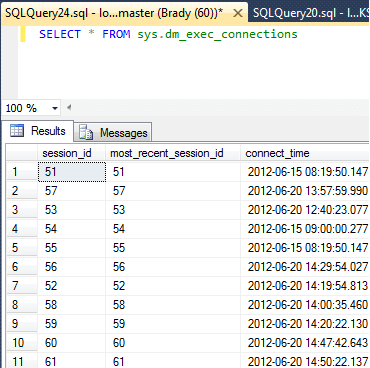 Create a Server Role in SSMS 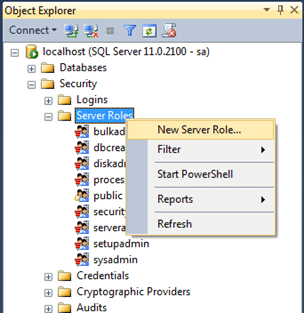 In the New Server Role window, name the server role, choose securables and assign the permissions related to the securables selected. In this example, I have named my server role juniordba, selected Servers as the securable and granted connect to sql, view any database, view any definition, and view server state. I have also denied the shutdown permission. 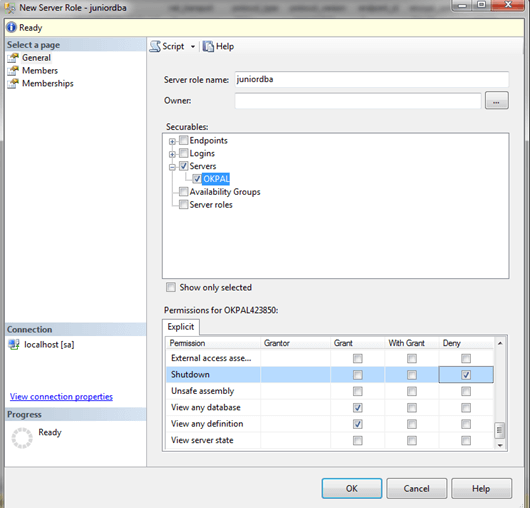 Next, click on the next tab called Members. Here you will add the logins that you want to be associated with the new Server Role. In this example, I'll choose Brady. 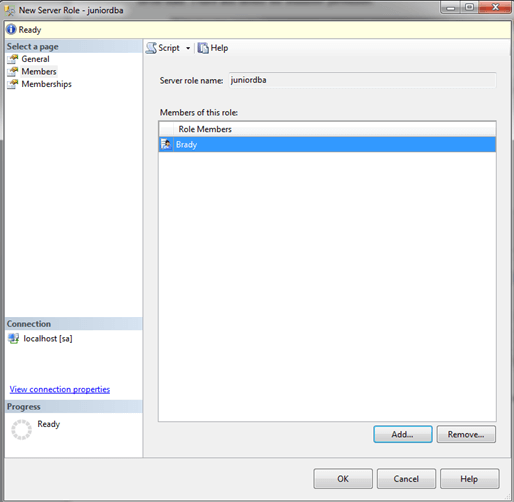 The last tab, Memberships, will allow you to nest the Server Role with default Server Roles. In this example, we wanted to create one from scratch so we'll ignore this and click OK.

In SSMS, you can now see your new Server Role: 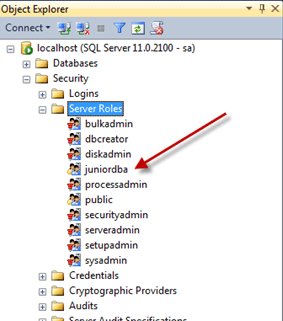 Brady Upton is a Database Administrator and SharePoint superstar in Nashville, TN.