1. Create a SQL Server Login using the below mentioned TSQL script. This login will be used by Junior SQL Server Support Team Members to monitor SQL Server on a regular basis.


Once the SQL Server login is created successfully the next step will be to create a new Server Role.

2. Right click the Server Roles folder and then select New Server Role... from the drop down list as shown in the screen shot below. 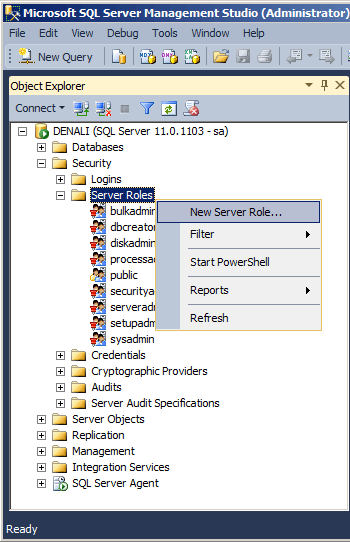 3. In the General Page of New Server Role window, enter a name for the new server role in the Server Role Name box.

4. In the Owner box, mention the name of the Server Principal which will own the new role you are creating.

5. In the Securable box, you need to select one or more server level securable as per your requirement. Once you have selected a securable, this server role can be then be granted or denied permissions on that securable.

6. In the Explicit Permissions box, you can select the check box to Grant, With Grant or Deny Permission to this Server Role for the selected Securable. In this example, permission is granted for View any database and View server state as shown in the screen shot below. 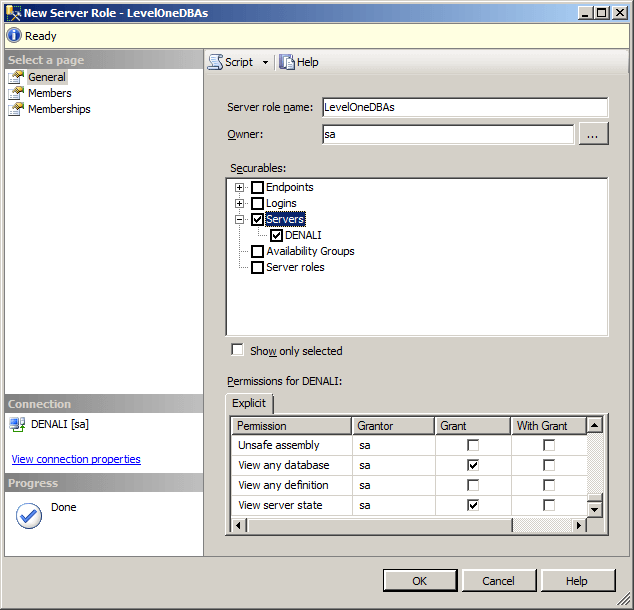 7. In the Members Page, using the Add button, add the appropriate logins that will represent individuals or groups to this New Server Role. In this example, we will add the newly created login namely L1DBAs as shown in the image below. 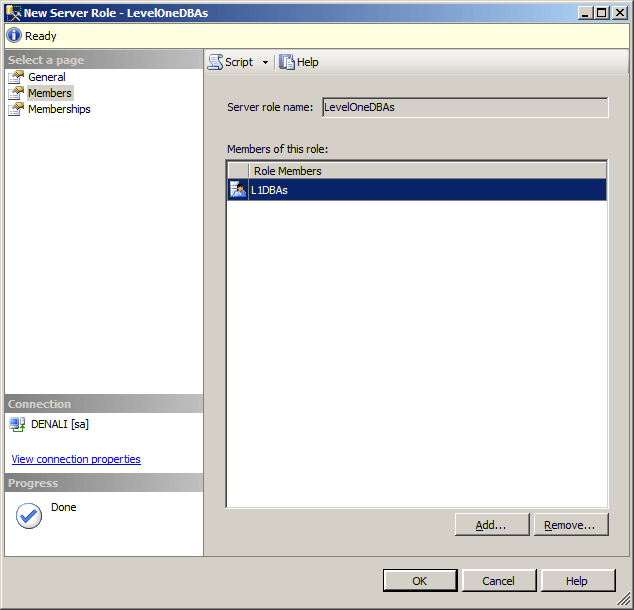 8. In the Memberships Page, you can select the appropriate check box to make the current User Defined server role a member of another server role. In this example, we will leave the settings as default shown in the screen shot below. 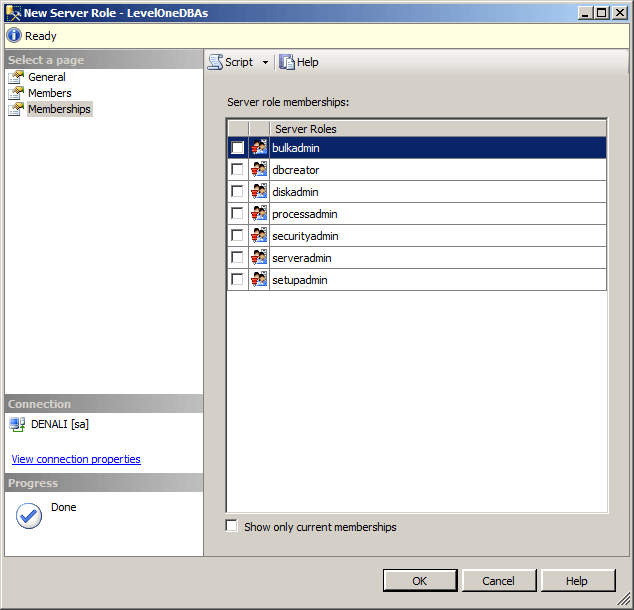 Execute the below mentioned TSQL script to create a Server Role in SQL Server 2012.

You can verify the permission assigned to the newly created server role by executing the T-SQL code below.

In the screen shot below you can see that using the L1DBAs login, the user is unable to perform the database backup and was unable to shutdown the SQL Server Instance. However, since the user has the VIEW SERVER STATE permissions the user was able to view results from the Dynamic Management Views (DMVs). 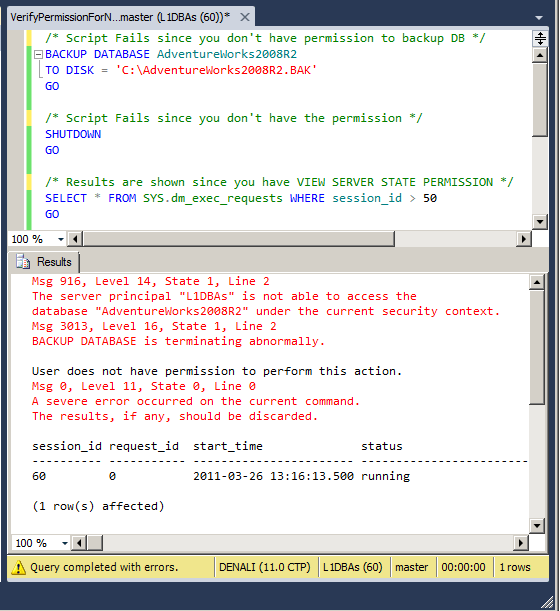