Information security is one of the top priorities of a DBA and that includes backup security. In previous versions of SQL Server in order to encrypt a backup you needed third party tools. Many of these tools offered some interesting features. In this tip I will show you how to issue encrypted backups, a new feature in SQL Server 2014.

SQL Server 2014 has many new and exciting features and amongst them is the capability to perform encryption of data at backup time. In other words, when data goes outside the scope of the Database Engine it is encrypted.

Asymmetric keys used to encrypt backups must be from a cryptographic provider in Extensible Key Management.

Something to keep in mind is that encrypted backups cannot be appended to an existing backup set.

An encrypted backup can be restored on another server as long as the server has the appropriate certificate.

You should perform a backup of the encryption certificate and keys then keep them safe because an encrypted backup cannot be restored without the certificate used for encryption.

In the next section of this tip, I will show you how to create an encrypted backup with the SQL Server Management Studio Backup Database Wizard and Transact-SQL code.

Setting up a sample SQL Server database and encryption configurations

First we need to create a new database to perform a backup of it. You can omit this step if you have a database you want to use.

As I previously mentioned, in order to create an encrypted backup we must create a Database Master Key.

We must create a certificate to act as an encryptor.

Now we are ready to create encrypted backups.

Creation of Encrypted Backup with the SSMS Back Up Database Wizard

To access the Back Up Database Wizard in SSMS, navigate to SQL Server Management Studio | expand the root node | expand the "Databases" folder | right click on the database you want to backup | select the "Tasks" option and select the "Back Up..." option.  On the first page of the wizard we choose the backup type and destination as shown below. 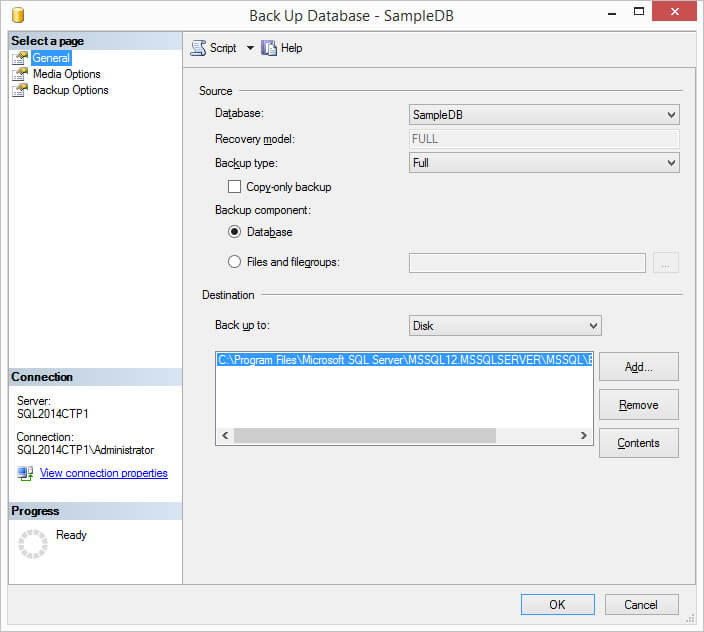 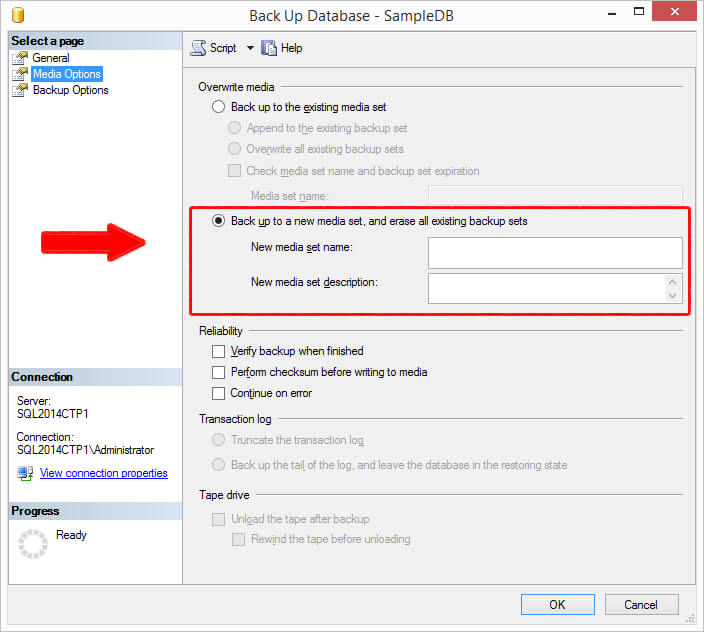 The last step of the wizard enables us to encrypt the backups by checking the "Encrypt Backup" option. After we check this option we must select an encryption algorithm and a certificate or asymmetric key as shown below. 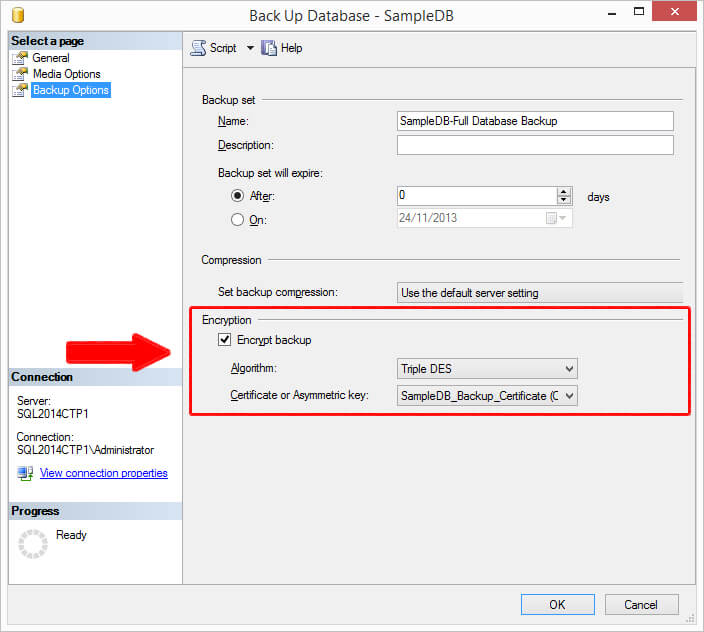 To create an encrypted backup you must add the ENCRYPTION option to the BACKUP statement.

Here is the statement to backup the SampleDB database with encryption using a certificate.

To use an asymmetric key instead of a certificate the statement is as follows.

The restore process is as usual. You don't have to specify any extra options, but the certificate or key used to encrypt the backup must be available on the instance.