I have read the previous tips in the Big Data Basics series including the storage aspects (HDFS). I am curious about the computation aspect of Hadoop and want to know what it is all about, how it works, and any other relevant information.

In this tip we will take a look at the 2nd core component of Hadoop framework called MapReduce. This component is responsible for computation / data processing.

MapReduce is basically a software programming model / software framework, which allows us to process data in parallel across multiple computers in a cluster, often running on commodity hardware, in a reliable and fault-tolerant fashion.

Here are some of the key concepts related to MapReduce.

A Job in the context of Hadoop MapReduce is the unit of work to be performed as requested by the client / user. The information associated with the Job includes the data to be processed (input data), MapReduce logic / program / algorithm, and any other relevant configuration information necessary to execute the Job.

Hadoop MapReduce divides a Job into multiple sub-jobs known as Tasks. These tasks can be run independent of each other on various nodes across the cluster. There are primarily two types of Tasks - Map Tasks and Reduce Tasks.

Just like the storage (HDFS), the computation (MapReduce) also works in a master-slave / master-worker fashion. A JobTracker node acts as the Master and is responsible for scheduling / executing Tasks on appropriate nodes, coordinating the execution of tasks, sending the information for the execution of tasks, getting the results back after the execution of each task, re-executing the failed Tasks, and monitors / maintains the overall progress of the Job.  Since a Job consists of multiple Tasks, a Job's progress depends on the status / progress of Tasks associated with it. There is only one JobTracker node per Hadoop Cluster.

A TaskTracker node acts as the Slave and is responsible for executing a Task assigned to it by the JobTracker. There is no restriction on the number of TaskTracker nodes that can exist in a Hadoop Cluster. TaskTracker receives the information necessary for execution of a Task from JobTracker, Executes the Task, and Sends the Results back to JobTracker.

Map Task in MapReduce is performed using the Map() function. This part of the MapReduce is responsible for processing one or more chunks of data and producing the output results.

The following diagram shows the logical flow of a MapReduce programming model.

Let us understand each of the stages depicted in the above diagram.

For the purpose of understanding MapReduce, let us consider a simple example. Let us assume that we have a file which contains the following four lines of text. 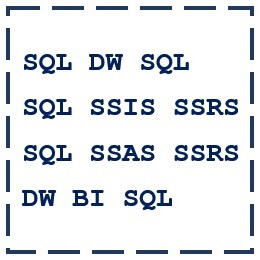 In this file, we need to count the number of occurrences of each word. For instance, DW appears twice, BI appears once, SSRS appears twice, and so on. Let us see how this counting operation is performed when this file is input to MapReduce.

Below is a simplified representation of the data flow for Word Count Example. 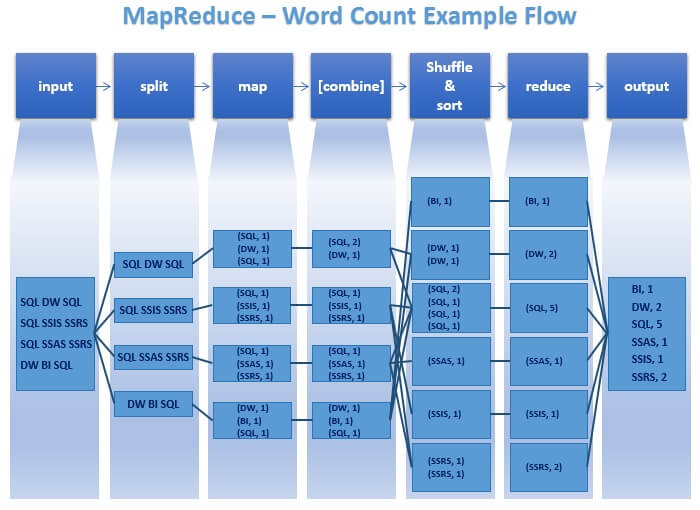 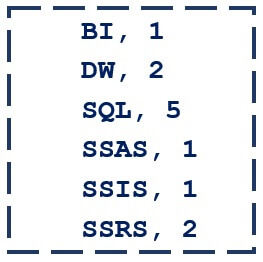 Here are few highlights of MapReduce programming model in Hadoop: