You heard the news about the forthcoming release of SQL Server and its new features and improvements. One of the areas where there are enhancements is SQL Server Management Studio. In this tip I will show you those new features.

Every new version of SQL Server comes with a new release of the Management Studio. One of the reasons behind this is to give DBAs the graphical tools to administer the new features of each release. Since SQL Server 2016 adds a considerable amount of new features it is reasonable that we will have an interface upgrade as well.

One of the improvements of this version is that you don't need the SQL Server DVD to install the client tools. Now the installation uses a web installer that can be downloaded from the internet, just like the SQL Server Data Tools. When you run the installer it will download the required packages to install.

Remember the new sys.dm_exec_query_profiles Dynamic Management View introduced in SQL Server 2014? If not, then you can read about what it can do for you when troubleshooting performance issues in my previous tip SQL Server 2014 Real Time Query Monitoring. As a quick reminder, this DMV given the circumstances shows the execution progress of a query, but that improvement didn't came with the corresponding graphical interface.

This new version of SQL Server Management Studio gives us the ability to graphically view the same results without the need to query that Dynamic Management View. You can see on the next image that a new button has been added to the SQL Editor Toolbar between the Include Actual Execution Plan and Show Client Statistics buttons.

Let's try this new tool by executing the following query.

As you can see on the next image, it resembles an execution plan with a few differences. At the bottom of each operator we can see how much time it takes to complete and the percent of completion. Also notice that each operator is connected by a dashed line instead of the traditional lines. 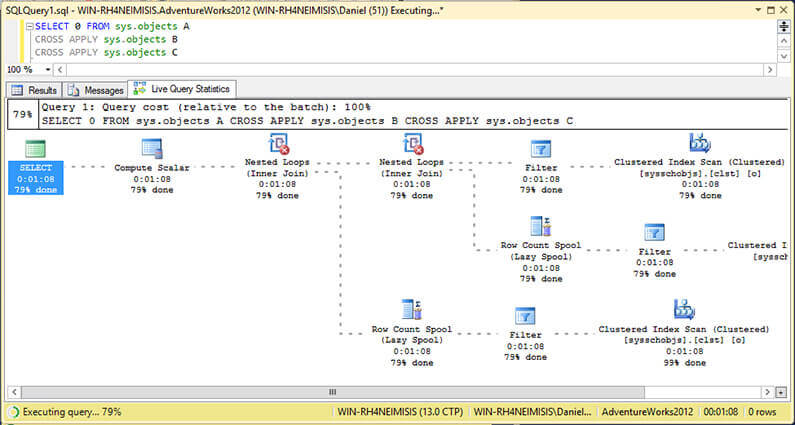 With previous versions of SQL Server Management Studio, when you try to edit rows from a view, SSMS crashes. This issue has been fixed. Of course, this option won't work for all views because not every view is updateable. As an example, a view with an aggregate function or derived columns is not updateable.

But if you try to modify a view's data from a non-updateable view by clicking the "Edit Top 200 Rows" option of SQL Server Management Studio, it will open the row editor, but when you try to save the changes an error message will pop up explaining why the modification cannot be made. The good thing is that SQL Server Management Studio won't crash. 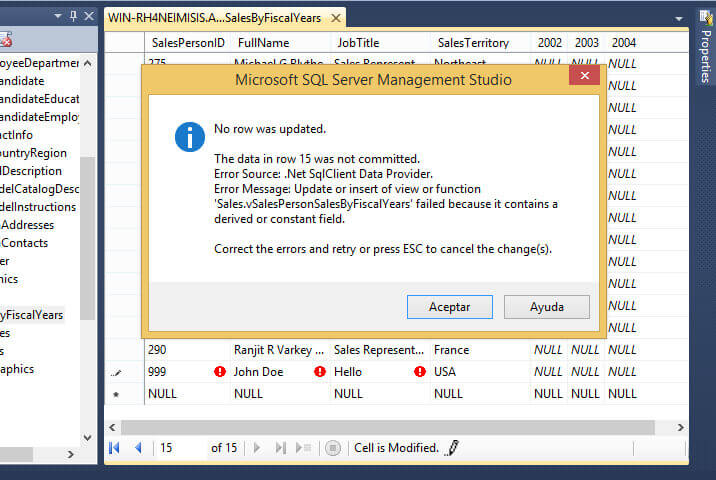 Another feature that its worth mentioning is the fact that now you are free to choose if you want SQL Server Management Studio to ask you to save your open queries when you quit the program. I think that this feature is mostly oriented to DBAs than Developers, but either way use it with caution. You can change this setting by selecting the "Options…" command from the Tools menu. After the Options window shows browse on the left side tree for "SQL Server" leave within "Query Execution" node. The next image should clarify the previously stated. 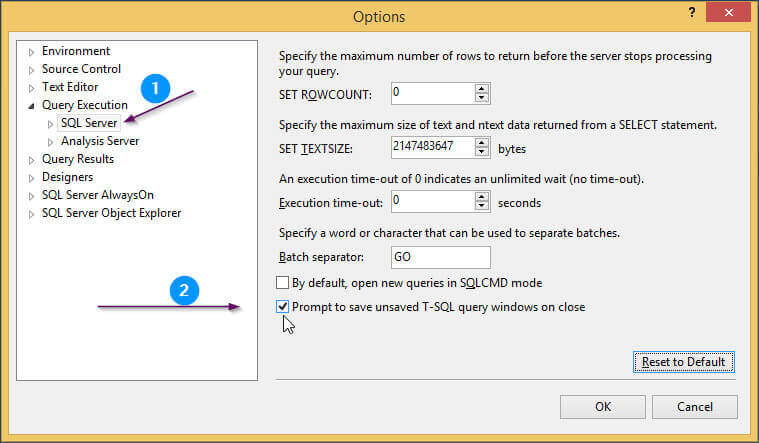