What happened to the SharePoint 2010 "Announcements" web part? In WSS3 and MOSS 2007 (and WSS2) the default Announcements web part showed the Title and a few lines of the Body of the announcement. Now it just shows the Title. Well here's the answer...

When placing the Announcements Web Part on a MOSS 2007 (and WSS3/WSS2) page, the default view showed the Title of the announcement and a few lines of the body. This showed just enough to catch the reader's attention. If the body was of interest, they could click on the Title and read the rest of the article. 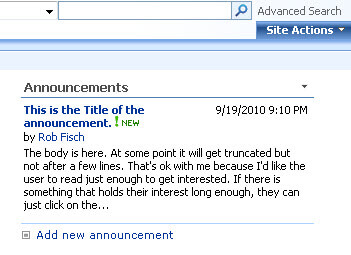 When placing the Announcements Web Part on a SharePoint 2007 page, it looks a little different. It shows the Title and when it was modified. But the body is not shown unless the user clicks on the Title link. 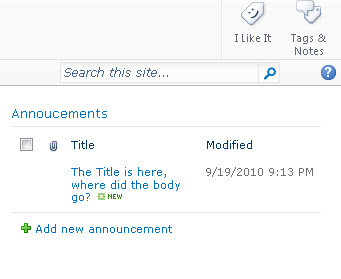 I happened to like the default view of the MOSS 2007 version. Or perhaps I just got used to it. In any event, I wanted to know how to display it just like MOSS 2007.

It turns out, it's really simple, but it took me a few tries to get it. 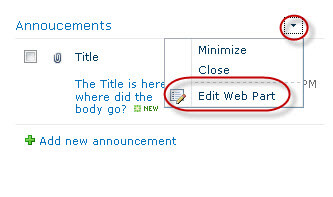 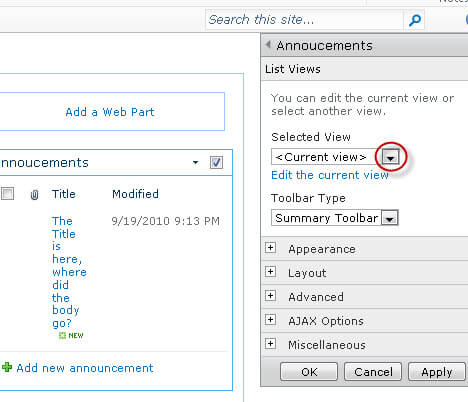 Select "Summary view". (I tried all sorts of views with the GUI before I found this.) 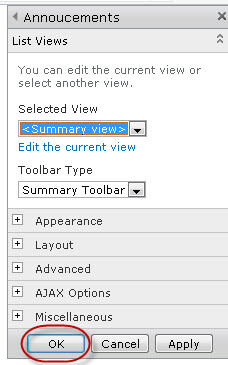 There you have it... 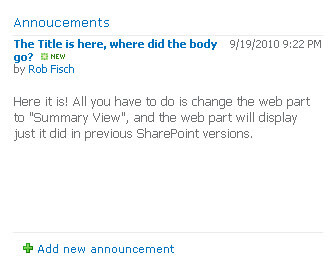 When To Use A New SharePoint Site Collection VS. A New Sub Site

Displaying a PowerPoint presentation in a SharePoint web part