SQL Server 2016 comes with the integration of the popular language R into the database engine. This feature has been introduced in SQL Server 2016 preview CTP3.0 and is called SQL Server R Services. In previous tips we explained how to set-up the client and server machines, how to leverage the in-database computation engine for executing R scripts and how to execute R code using T-SQL. In this tip, we are going to combine all that knowledge to embed data visualizations created with R into Reporting Services (SSRS) reports.

To completely understand this tip and to follow the examples along, please read the following tips first:

The most important tips are the server configuration and how you can execute R code in SQL Server using T-SQL.

Using the stored procedure sp_execute_external_script we can use an R script to create a data visualization, also called a plot. In the following example, we are going to create a histogram plot of the various ages in the AdventureWorks customer dimension. The script looks as follow:

Let's go over the different steps of the script:

When we run the stored procedure, we can see a binary string is being returned:

Embedding the plot in SSRS

Now insert the data into the table using INSERT ... EXEC. 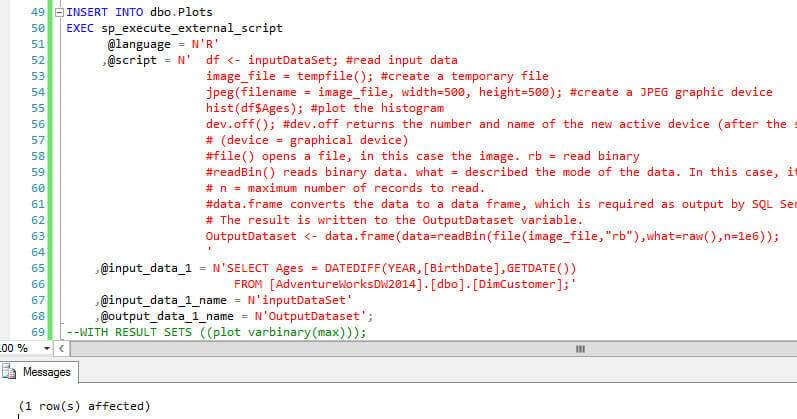 Now let's create a new report. Create a data source pointing to the database where the dbo.Plots table is located. Then create a dataset with the following SQL statement embedded: 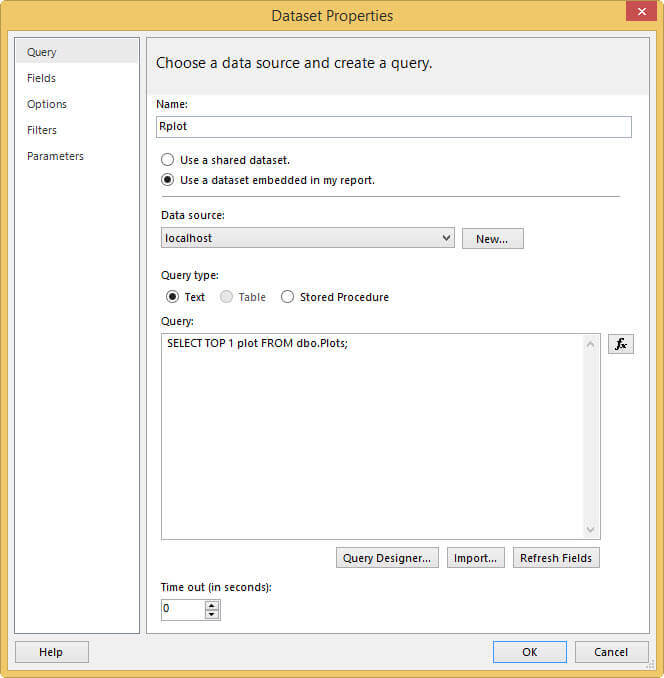 Next create an image on to the report canvas. 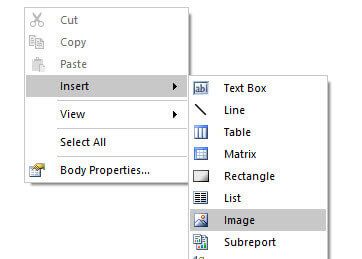 In the Image Properties dialog, set the image source to database. Use the field plot of the dataset and set the MIME type to jpeg. 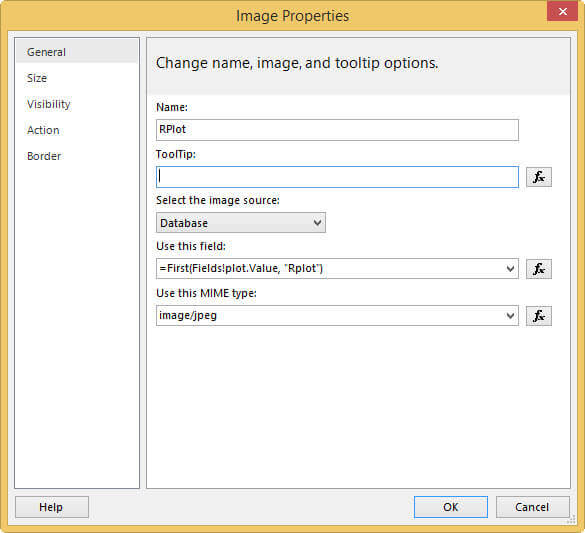 In the Size pane, set the display size to Original size. 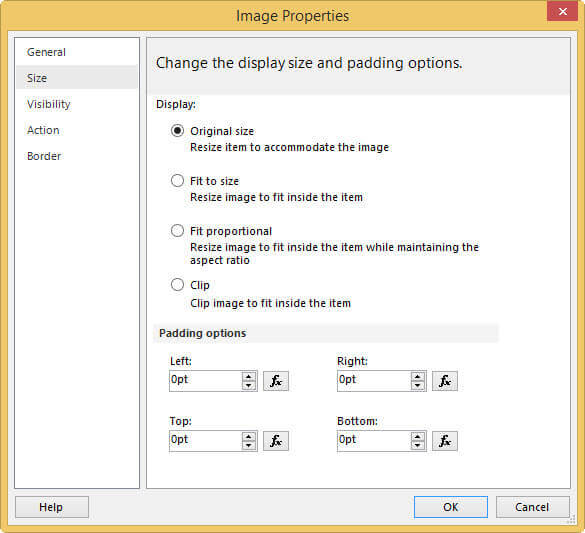 When the report is run, it will show the jpeg file. 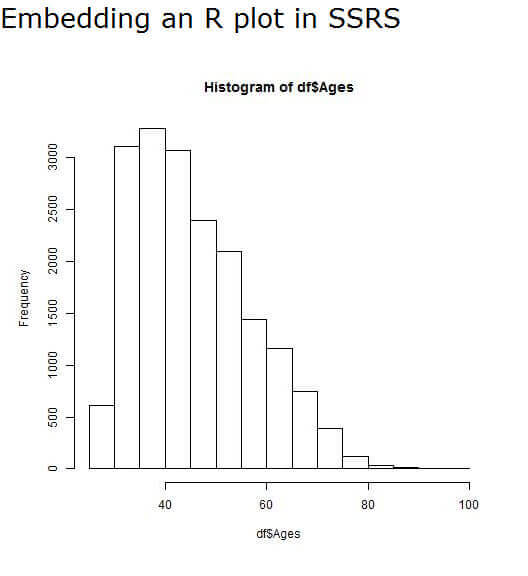 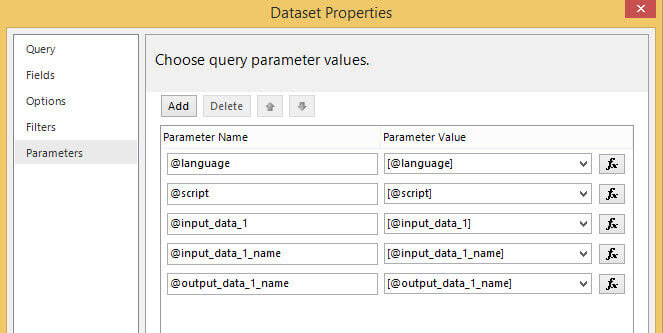 In the blog post R You Ready For SQL Server 2016? of Jen Underwood you can find another example created by the Microsoft product team. The example uses a famous sample data set about flowers. The final (and slightly adjusted) script is as follows:

The R script makes use of the ggplot2 package, a well-known package with powerful data visualization methods. It's possible you have to import this package first on your machine before you run the R script. When the same steps as in the previous section are followed, we get the following chart in SSRS: 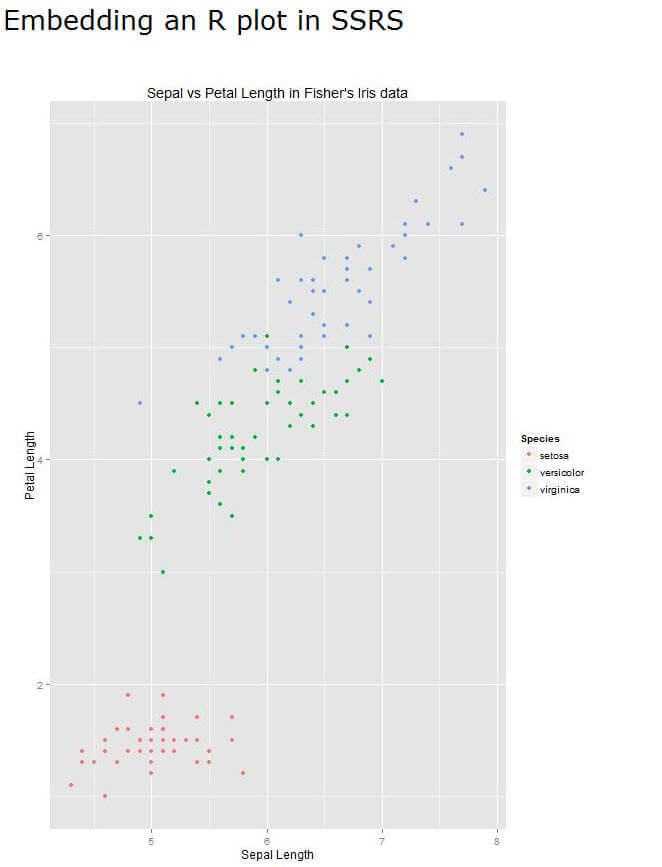 It's easy to see that with R you can quickly generate powerful data visualizations, some of which are real hard to create in SSRS with out-of-the-box capabilities.

Note: it's possible that the chart has the right size in the preview in Report Builder, but when you actually run the report in Report Manager it's a lot smaller. If that's the case, try setting the size property to Fit Proportional and resizing the image object on the report canvas to the desired size.

By using the graphic capabilities of the R language and the possibility to execute R scripts using T-SQL, it's straight forward to embed compelling data visualizations into SSRS reports. These graphs can fill the void of chart types who currently are not available yet in SSRS or which are hard to create.