There are new features for Data Analysis Expressions (DAX) in SQL Server 2016 and in this tip we will look at a few of these new DAX functions.

In order to start, open SSMS and connect to a Tabular Server.

Let's start with the CALENDAR function. This new function returns a column with the consecutive dates from a start date until a specified end date. The following example will show all the days between January 1, 2015 and January 31, 2015.

The result displayed by the DAX query is the following: 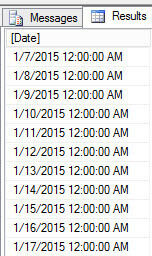 Another new statement is CALENDARAUTO. This statement returns a set of dates in a column based on the data in the model.

The statement will return the dates of the Adventureworks tabular model starting on January 1, 1916 until December 31, 2014. 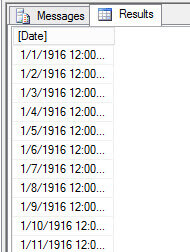 You can specify a parameter in the CALENDARAUTO with values from 1 to 12: 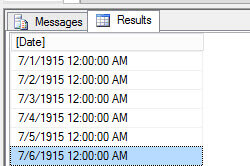 Another new function is PI, which is the mathematical constant that represents the ratio of a circumference in relation to its diameter. This value is approximately: 3.14159. Let's call this function using DAX:

The result returned would be the following:

DAX SIN, COS and TAN Functions

We also have new trigonometric functions like sin, cos and tan. In a right triangle, there are fixed relationships between the Hypotenuse, Opposite and the Adjacent: 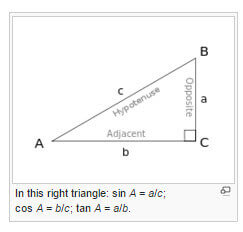 The formulas to calculate these values are as follows (if you do not remember your school classes):

Let's use this function to calculate the cos of 45 radians:

The result will be the following:

As you can see, the trigonometric functions are in radians. If you need to work in degrees there are 2 options:

Option 1 is to convert the degrees to radians by multiplying the radians by PI/180:

The result in degrees is the following:

The other method is to convert the radians to degrees using the RADIANS function (which is also new in SQL Server 2016):

The result of the formula is 1:

There are other functions like the MEDIAN, which is the middle value of a list of values or the mean of two middle values if there is no single middle value. In DAX, we can use this example:

The example shows the MEDIAN of the internet sales group by ProductKey: