There are times where you might want to export a table's records, each one into a separate text file. This for example can happen when you have text data in each record and you want to re-create the original files that were initially imported into the table that created these records.

In order to better understand the solution, let's consider the following scenario: Every day you run a process that imports a large set of text files (each file's content is imported as a single record in the database), into a SQL Server table in order be further processed. Additionally, there is a data archiving/cleaning process in place which deletes old files that were successfully imported to the database. Now, the scenario's requirement is to re-create certain original files by using as source the database table.

Let’s see a simple example by using the below four text files:


Then we create a test database named "TestDB" as well as a table named "FileContents" for storing the above files contents:

After we import the four text files into the above table and run a SELECT statement against it, we get the below result:

Now let's consider that the above scenario features hundreds if not thousands of files which are no longer available and we want to re-create the original text files for records with codes equal to "code2" and "code3". To this end, what we want to do is to read the "FileContents" table, find the records we want based on the given condition, and export each one of these records into separate text files.

The algorithm for implementing the requirement is:

Now let's check the output directory before running the code. As you can see it is empty:

The algorithm described above is translated to the below T-SQL script:

The output we get after running the above script is illustrated in the below screenshot:

Now, if we check the output directory we can see that the two text files were reconstructed based on the relevant records in the "FileContents" table in the "TestDB" database:

Also, if we check the contents of the two files we can see that they are exactly the same with the original files which were initially imported into the database table: 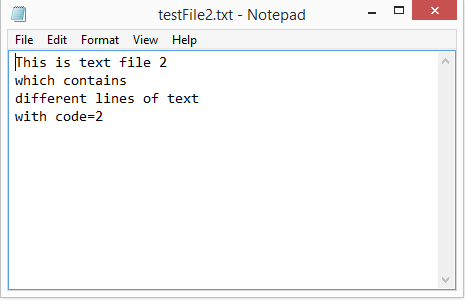 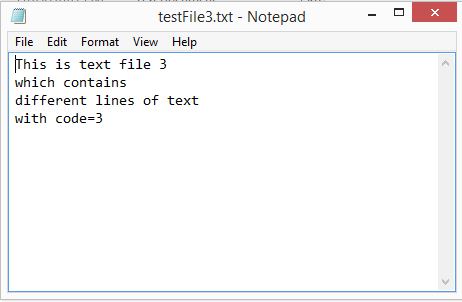 Review the following tips and other resources: