DDL commands in Transactions in SQL Server versus Oracle

Transactions are widely used in database development, especially when a database supports an application where a lot of correlated changes are needed. A transaction is a group of SQL statements that are all committed together (all changes done by these statements become a permanent part of the database) or none of these statements are committed (all these changes are rolled back). More often statements included in transaction are DML (Data Manipulation Language) statements, such as INSERT, UPDATE, DELETE and so on. But what about DDL (Data Definition Language) statements? Is it possible to include DDL commands such as CREATE, ALTER, DROP, etc., in a transaction? In this tip we are going to answer these questions for both - MS SQL Server and Oracle databases.

The approaches to use DDL commands within transactions are quite different in Microsoft SQL Server vs. Oracle. Let's discuss this for each RDBMS separately.

We can see that after the rollback there is no TableC in the database: 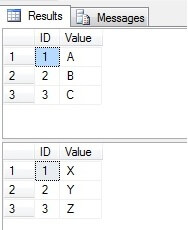 This means that all these changes made by the DDL commands, that are included in the transaction, have been rolled back. So, we can include DDL commands (with some exceptions) in transactions in MS SQL Server.

DDL and Transactions in Oracle

In the next script we'll issue a DELETE command and after that we create a new table. After creating TableB, we delete one more row from TableA and then issue a ROLLBACK command:

As a result, we can see that although a ROLLBACK is issued, TableB is created and the row with Value=2 from TableA is deleted. The reason is that the CREATE TABLE command which is a DDL command commits the transaction. However, the second DELETE statement has been rolled back, because it is issued after the DDL and before the ROLLBACK command. 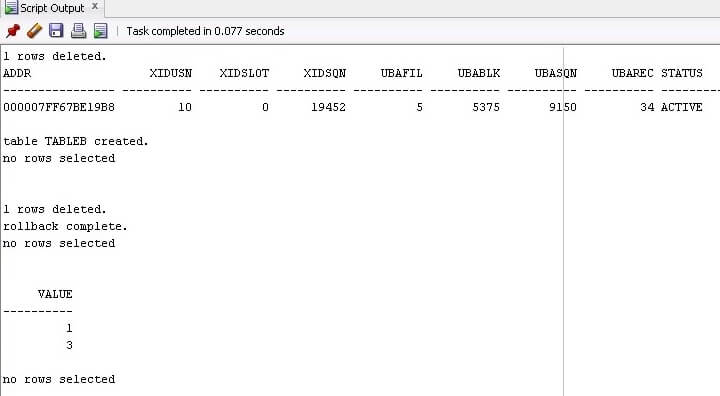 So, now it becomes obvious that DDL commands in Oracle cannot be rolled back and included in one transaction.

Create multiple tables in a single transaction in Oracle

Two tables has been successfully created:

In the next example we are trying to create two tables:

The transaction is rolled back (because TableC already exists), therefore TableE has not been created: 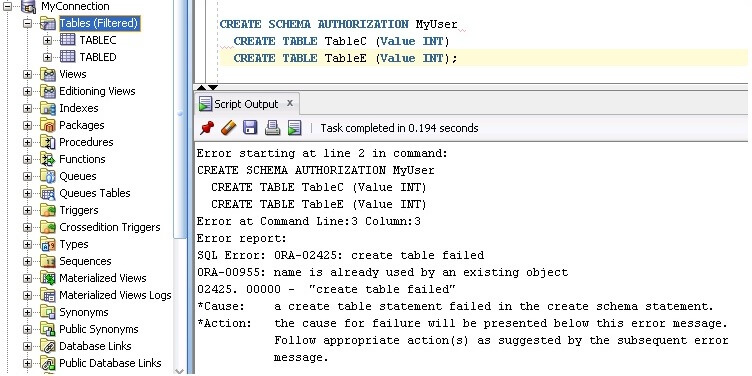 Check out this related information:

Lesson on SQL Server Deadlocks and how to solve