With the release of SQL Server 2016, there have been some changes in the security model for groups and/or users for Master Data Services (MDS). New roles have been added and the granularity of permissions has been modified. This tip will explain those changes.

Master Data Services has received quite an upgrade in SQL Server 2016. Lots of new functionality has been added and existing routines have been improved. One of those is the set of permissions that you can assign to a user or a group. Let's talk about Administrators first.

Note: you can assign permissions to either Windows Groups and Users. In this tip, I'll just refer to Users, but know the same applies to Groups as well.

In previous releases, you had to choose a Windows account during the installation and configuration of the MDS database. This account would become a system-wide administrator and have access to all models. The problem is sometimes system administrators chose their own account instead of a service account. If that person leaves the company, it could break the MDS installation if the account becomes invalid. Correcting this was not easy; it requires lots of manual changes in the MDS database. In SQL Server 2016, you still have to configure such an account. 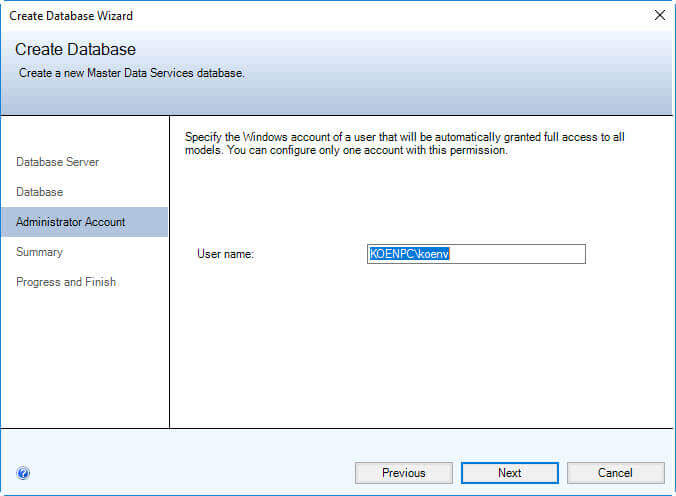 However, you can now assign users to a new role called Super User. Users assigned to this role will have administrator access to all models. This allows is to mitigate the problem with the super user assigned during configuration of MDS. Furthermore, it also allows you to create multiple super users, which can be useful when maintenance is done by a team of administrators. You can assign users to this role in the Functions tab in the editing screen of a user in the User and Group Permissions section of MDS. 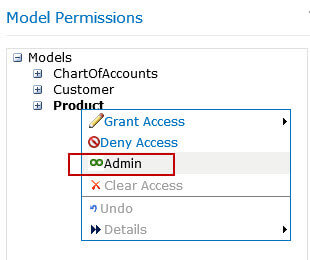 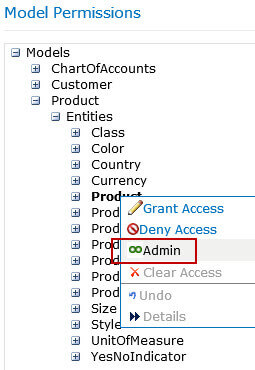 To recap, there are three administrator roles:

In previous versions, you could only assign two permissions on a model object: read-only or update. With MDS 2016, you can now assign the following permissions: read, create, update, delete or deny. 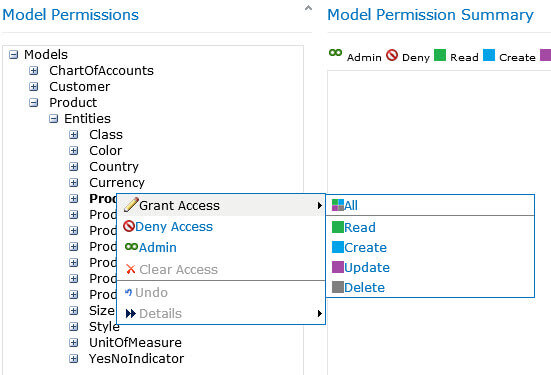 If you want to assign a user all permissions (read + create + update + delete) you can choose the shortcut for All permissions. In the tree view, indicators are used to show which permissions a user has for an entity. On the right, you can view a summary of all permissions.

If you assign a user create, update or delete to an entity, the user automatically gets the read permission assigned as well. According to best practices on the MSDN website you should assign the All permission on the model, then explicitly assign other permissions on the lower level objects.

In SQL Server 2016, there is much more flexibility in the MDS security model. You can assign users or groups to various administrator roles and the permissions on the model objects are more fine-grained.