In my previous tip I showed you that sqlcmd gives us access to internal variables and commands that we can use in order to automate code execution. But it also allows us to define our own variables. In this tip I give you some examples on how to take advantage of this feature.

There is an advantage to using scripts with sqlcmd over pure T-SQL scripts, which is portability. Imagine a scenario where you have a script that needs the name of the current server or the workstation where the script is being executed. In the previous described situation, if you use a pure T-SQL script you will need to modify the references to the server and workstation for the entire script. This is not only a time consuming task, it is also prone to mistakes.

Sqlcmd allows the use of variables. It gives you the possibility to define variables on your scripts, on the sqlcmd console and also using the –v switch on the command line when executing sqlcmd. Additionally, sqlcmd can use environment variables, but I will cover this topic later in the tip.

When you need to reference a variable, either a user defined variable or an internal variable, you must use the following notation where VARIABLE is the variable name:

There are some restrictions on the way you name a variable:

Defining and Setting Values to Variables

When you define a variable implicitly you must add the variable name after the –v switch, followed with an equal sign and the desired value.

On the other hand, if you intend to assign a value to a variable with :setvar you must not use the equal sign.

The next script shows a case example on how to set variables implicitly and explicitly:

On the next image you will see the results of the previous script. 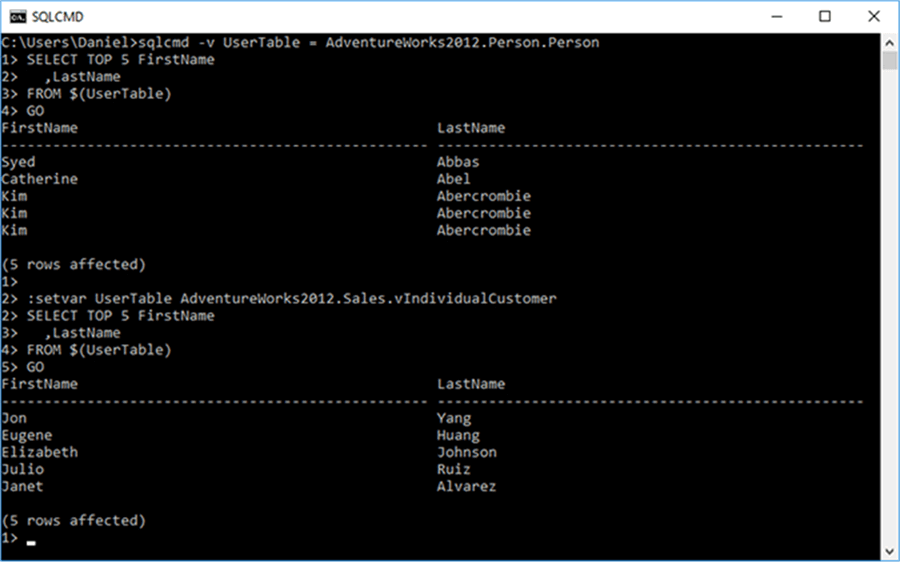 The next screen capture shows the output of the previous script execution. 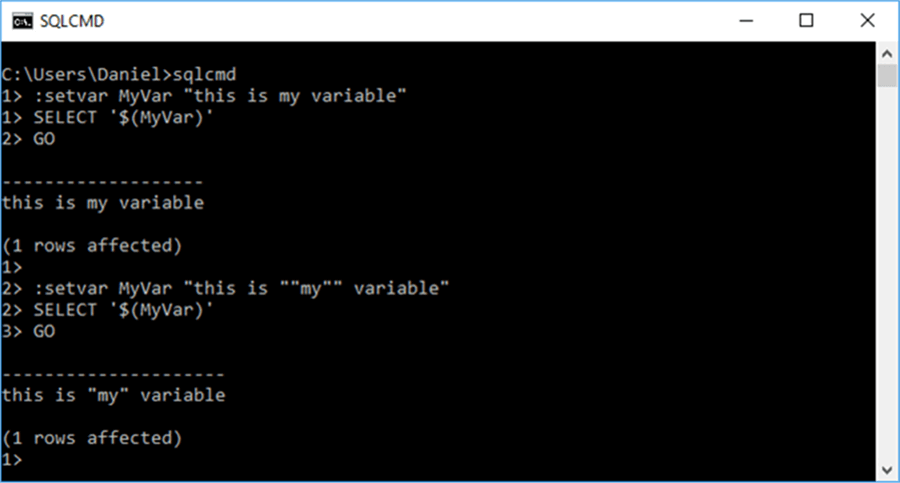 Also you may ask if there is a way to remove a variable. Of course you can, you just need to set the variable to nothing. 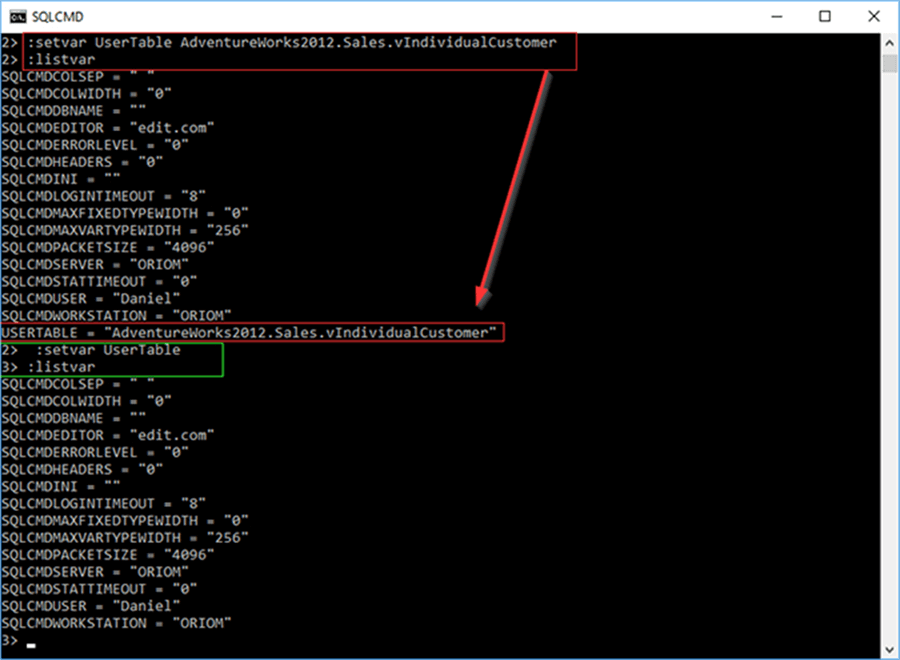 Another interesting possibility sqlcmd gives to us is the ability to use operating system environment variables, those defined both at user level and at system level. But keep in mind that you cannot modify the content of those variables in sqlcmd, they are read only. If you ask yourself why, you will find the answer when I explain variable precedence.

On the next screen capture you will see that I am using the USERDOMAIN environment variable to grant CONNECT permission to user Moxi.

Following is a list that shows the variable precedence for sqlcmd: 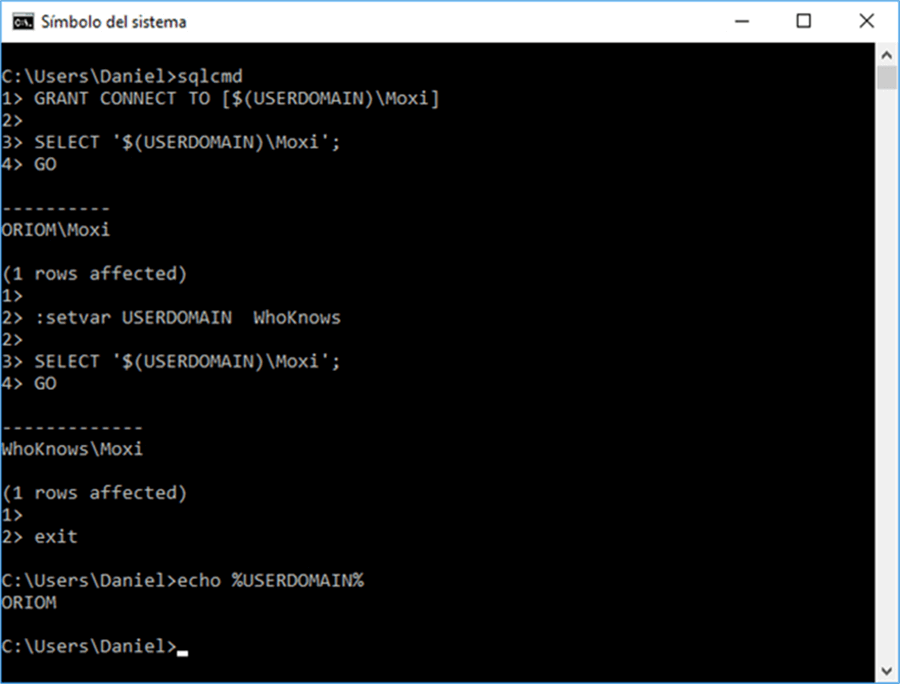