In a previous tip on Installation and Configuration Outline, steps were outlined to configure network binding order for nodes in a Windows Server 2003 failover cluster. The process remained the same up until Windows Server 2012 R2. Unfortunately, the Adapters and Bindings tab for configuring Advanced Settings on the available network adapters is no longer available on Windows Server 2016. 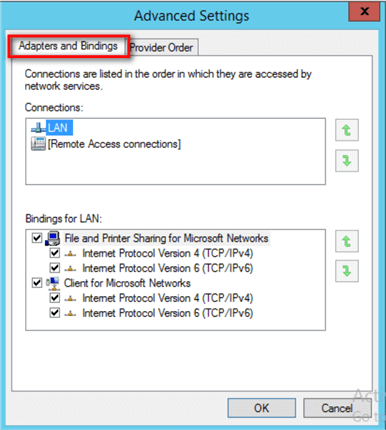 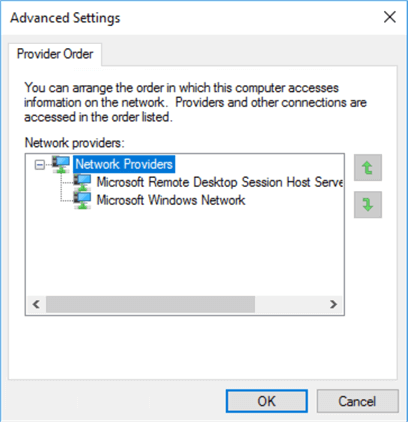 In Windows Server 2016 (as well as Windows 10), there are no components that still use the network binding order. Hence, Microsoft decided to remove it. By default, Windows uses the Interface Metric property of a network adapter to determine which route has the highest priority. The lower the Interface Metric property value, the higher the priority.

Also, the value of the Interface Metric property for a network adapter is automatically assigned, by default, and is based on the link speed. This is described in this Microsoft KB article: An explanation of the Automatic Metric feature for IPv4 routes.

Letting Windows decide on how to prioritize the routing of traffic based link speed is fine assuming that you have configured your production network faster than your internal/private cluster communication network. In reality, they will both have the same speed because hardware is purchased in bulks instead of individually to lower procurement costs. Which is why you need to manually configure the prioritization or routing traffic thru the different network adapters in your Windows Server 2016 failover cluster nodes. 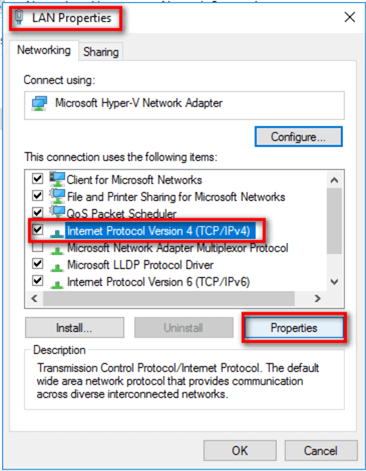 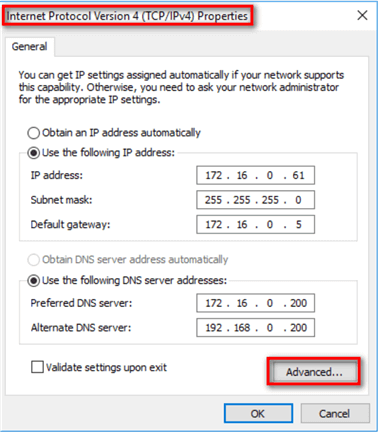 In the Advanced TCP/IP Settings dialog box, in the IP Settings tab, uncheck the Automatic metric checkbox and type a low value in the Interface metric: text box. In the example provided, a value of 1 is assigned. A low value indicates a higher priority. 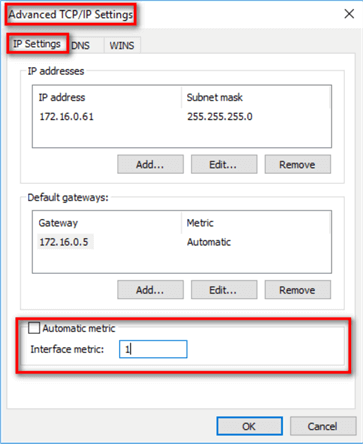 Click OK on all of the dialog boxes to save the settings.

Repeat the steps outlined above to assign an Interface Metric value for the internal/private cluster communication network adapter. Assign a value higher than the one for the network adapter connected to the Active Directory network. 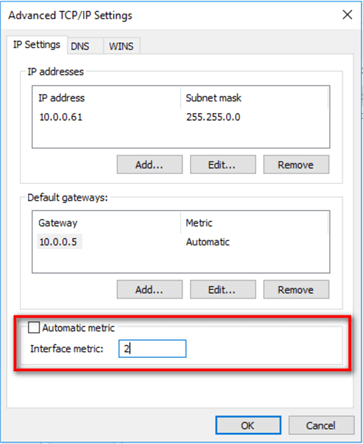 For simplicity, assign the same values for all of the network adapters in the nodes of the Windows Server 2016 failover cluster.

The example command below displays the properties of a specific network interface, only referring to the IPv4 address.

Again, you need to do this on all of the nodes in your Windows Server 2016 failover cluster.