With the release of SQL Server 2016, many new features and improvements were introduced for all its products. This tip continues to give an overview of all those new enhancements for the Analysis Services product. As noted in part 1, links to the original tips are provided for more details if applicable and Azure Analysis Services is not included in this overview.

One of my favorite enhancements is bi-directional cross-filtering. This feature allows a relationship in a Tabular model to be filtered in both directions. This solves many issues, in particular the many-to-many relationship scenario where you use a bridge tables between two other tables (called a factless fact table in dimensional modeling jargon). 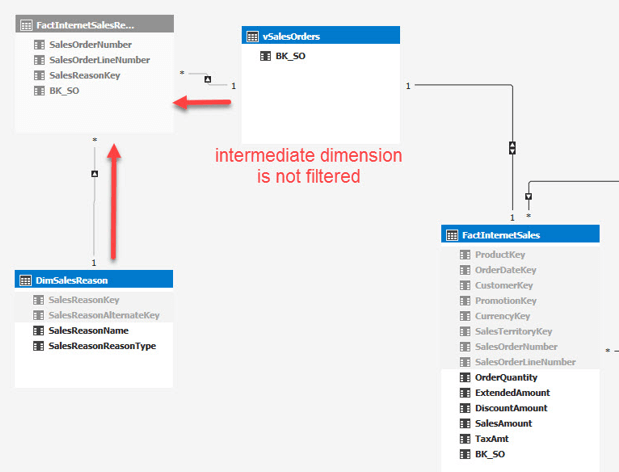 By simply enabling a property, you can solve the issue where the filters don’t propagate to the fact table, without needing to create additional complex measures. 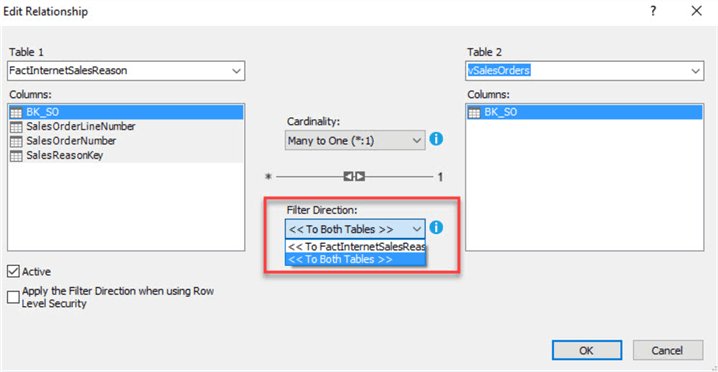 You can see the relationship now has arrows in both directions:

The bi-directional cross-filtering property has been discussed in depth for various scenarios in the following tips:

Another splendid feature is the ability to create a new table in the Tabular model as the result of a DAX query. This allows you for example to easily create a date table in your model.

The topic of calculated tables and its various use cases has been covered in these tips:

There are many new changes and features but who don’t warrant an entire section of their own. However, it doesn’t make them less important. 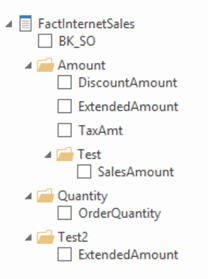 The first SQL Server 2016 service pack focused on bringing better performance and scalability to the product: