Plan change regression happens when the SQL Server database changes a plan for some T-SQL queries and the new plan has worse performance than the previous one. Sometimes we can see the plan regression issue in our environments.

SQL Server 2016 introduced the Query Store, which makes a big difference in assisting us in monitoring and understanding what is happening in our SQL Server environments. If we are running SQL Server 2016, and enable the Query Store, this feature captures the compile time and run time statistics of statements being executed. With this feature and the data being collected, we can find out if the execution plans have regressed due to any number of reasons.  With this information we are able to identify a previous execution plan that performs better and force any future statement executions to utilize the forced execution plan. With that in place we should then be looking at identifying what caused the regression and resolve the issue, so that we are then able to unforce the execution plan thus allowing the database engine to make the correct decisions for the statement being executed.

With the release of SQL Server 2017, this is now taken one step further and the database engine is looking at the information captured in the Query Store then making decisions for us when regression is detected.  At that point the database engine will automatically force the last good plan.

In this mode, users must periodically monitor the system and look for the queries that regressed.  If any plan regressed, the user should find a previous good plan and force it instead of the current one using the system stored procedure sp_query_store_force_plan. The user who forces the last known good plan should monitor performance of the query that is executed using the forced plan and verify that the forced plan works as expected. Depending on the results of monitoring and analysis, the plan should be forced or the user should find some other way to optimize the query. Manually forced plans should not be forced forever, because the Database Engine should be able to apply optimal plans. The user or DBA should eventually unforce the plan using the sp_query_store_unforce_plan system stored procedure and let the Database Engine find the optimal plan.

In SQL Server 2016, we can find plan choice regressions using Query Store system views. In SQL Server 2017, the database engine detects and shows potential plan choice regressions and the recommended actions that should be applied in the sys.dm_db_tuning_recommendations view. The view shows information about the problem, the importance of the issue, and details such as the identified query, the ID of the regressed plan, the ID of the plan that was used as baseline for comparison, and the Transact-SQL statement that can be executed to fix the problem.

Information returned by sys.dm_db_tuning_recommendations is updated when the database engine identifies a potential query performance regression and it is not persisted. Recommendations are kept only until SQL Server is restarted. Database Administrators should periodically take backup copies of the tuning recommendations if they want to keep it after the server is rebooted.

We can go through the details about the sys.dm_db_tuning_recommendations from the link mentioned in Next Steps section.

By default Automatic Plan correction is disabled. We can verify it using the script below:

For the demonstration purposes I will be using the WideWorldImporters sample database. First, we will clear the procedure cache along with the query store data. For this we can use the below query:

Now let's execute the query in the database to set up the baseline. We have used "GO 150" to execute the code 150 times.

Create the below stored procedure and execute it to generate regression.

Now let's again run the first query, this time the query will perform slowly due to regression.

We can see in the output that it mentions the reason for tuning 'Average query CPU time changed from 2.19ms to 41.72ms' and also includes the script to force the plan using sp_query_store_force_plan.

If we want to get more details on this, we need to use the below query:

We can see the recommended plan along with the percent gain. Now we can force the plan by running the query provided below:

We can see below the query execution time is now reduced. 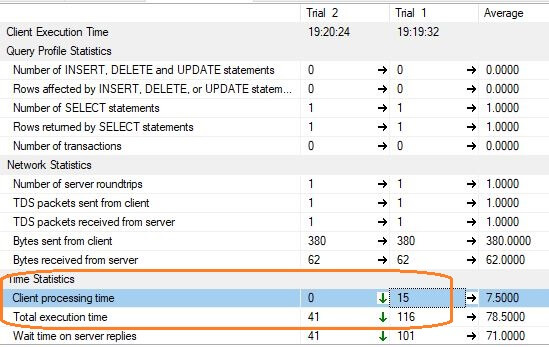 In the above approach, we need to monitor and run the analysis manually. In this mode, the Database Engine can automatically switch to the last known good plan whenever plan choice regression is detected.

To enable automatic tuning, we need to enable it as shown in the script below:

Let's enable it on the WideWorldImporters database.

Or we can use the below script as well:

Verify that actual state is ON:

Now we will perform the same test as performed above and see the recommended output:

We can see in the output that the recommendations were automatically applied with state_transition_reason as LastGoodPlanForced.

Keep in mind that the currentValue data accessed from JSON and returned as the state column in the result set might have the following values:

The JSON document in state column contains the reason describing the current state. Values in the reason field might be: 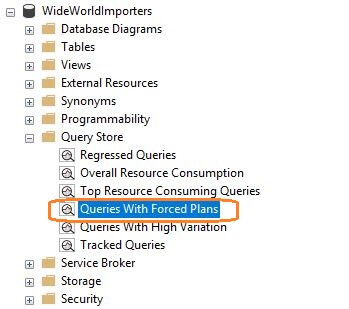 Here we can see that the better plan is forced.

Below we can see the SQL Server query plan causing the issue.

Getting Started with Data Analysis on the Microsoft Platform - Examining Data