The PowerShell code for this tip is at the bottom of the tip.  This script uses Windows authentication to connect to the database servers.  If you want to use SQL Server authentication you will need to modify the script.

I will explain the different ways to execute the PowerShell script and the respective output from each execution.

There are two parameters that script uses:

Output for each scenario using the PowerShell Script

Script and databases status for a SQL instance acting as PRINCIPAL

Script and databases status for a SQL instance acting as PRINCIPAL

Script and databases status for a SQL instance acting as MIRROR 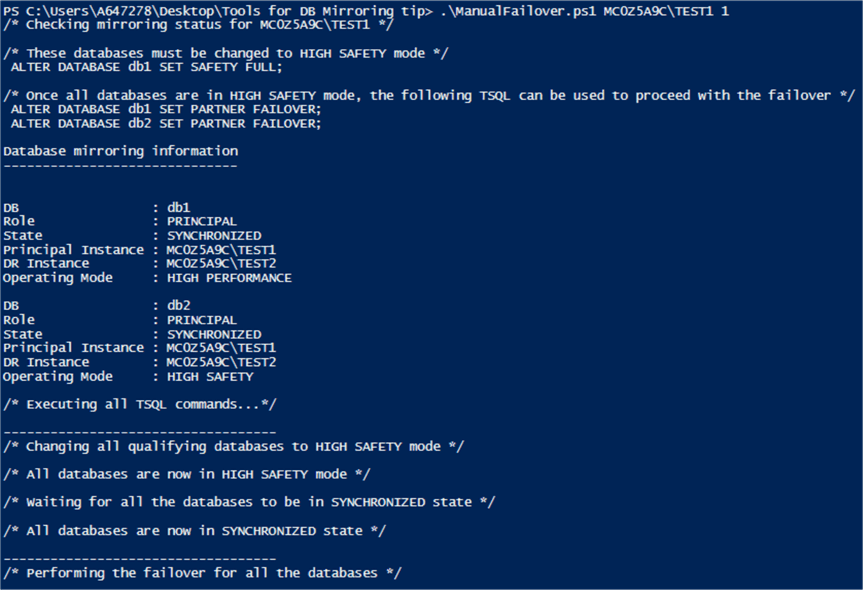 With the final display of the status of the databases within the current SQL Server instance, you can confirm that the roles have successfully swapped after the successful failover execution.

Here is the complete script.